I am always early, and I regularly force encourage those in my family to be early as well. I consider this a tremendously positive characteristic, however Tom considers my propensity to arrive early a sickness. (He may be right…perhaps extreme promptness is just how my mild OCD manifests itself. In my mind, early = on time, on time = late, and late = a fate worse than...let's not even go there.) Church is the one exception. We always arrive at church at the very last minute, or AFTER the very last minute, and as much as it drives me bonkers, I can't seem to fix the situation. So when all four Ferri were ready for Easter services on time I truly felt like God's hand had played a role.

Actually, Hallie and I finished getting dressed and curling our hair a few minutes early, so we went outside to take a couple of pictures and mess around with my tripod. 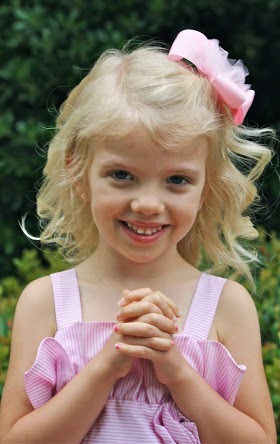 Shortly thereafter, Ferri #2 - who was running a little later than the rest of us because he decided at the last minute that he needed to wear a tie - joined us outside. He usually does a great job of showing off his real smile, but on Easter morning he couldn't seem to find it. At least he's not sticking his tongue through that big gap between his teeth... 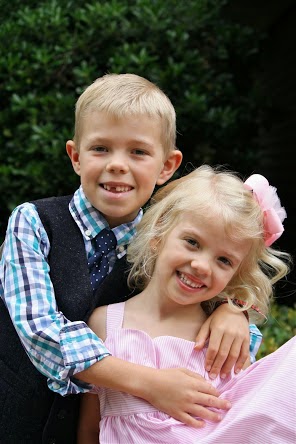 Ferri #3 - newly bald-ed (as he was cutting his own hair the evening before, the guard came off the trimmers unexpectedly and gouged a chunk out of his hair. He had no choice but to finish the cut without the guard) - joined his kiddos while I messed with the timer on my camera. I don't notice the fake smiles in this photo quite as much as I do in the photo above, probably because the glare off of the bald man's head distracts me. 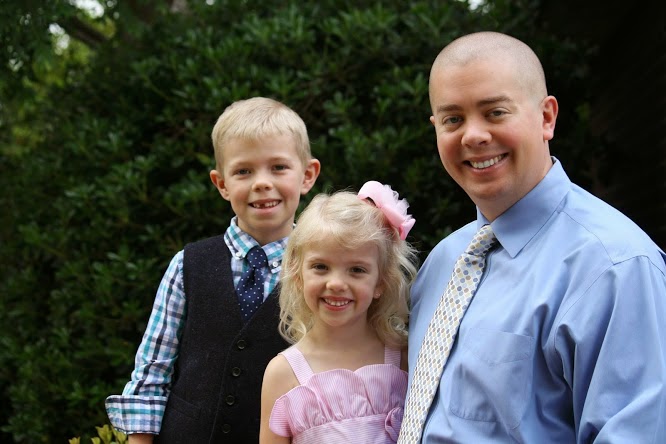 Once I figured out the timer on my camera, I (call me Ferri #4) hopped in for a few attempts at a full family photo. This photo is the best out of the eight we took, but it'll never make it into a frame or onto a Christmas card as we all look uncomfortable and squinty. 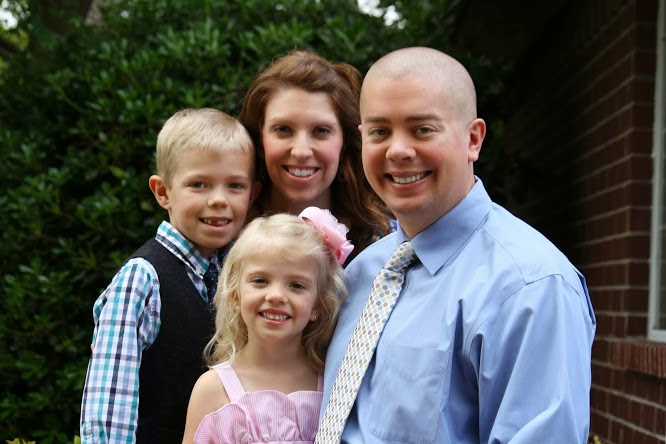 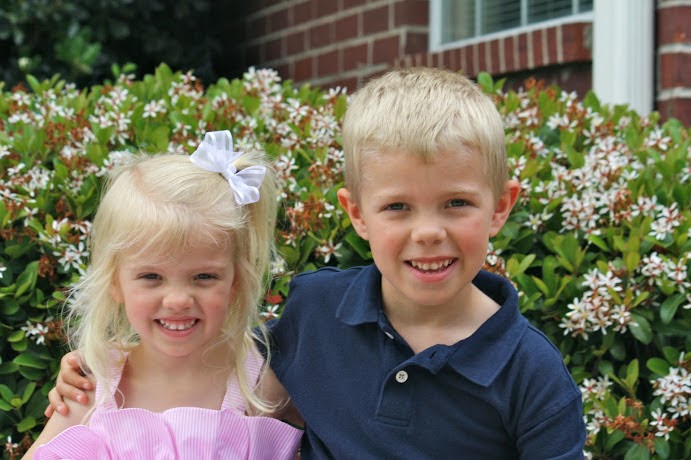 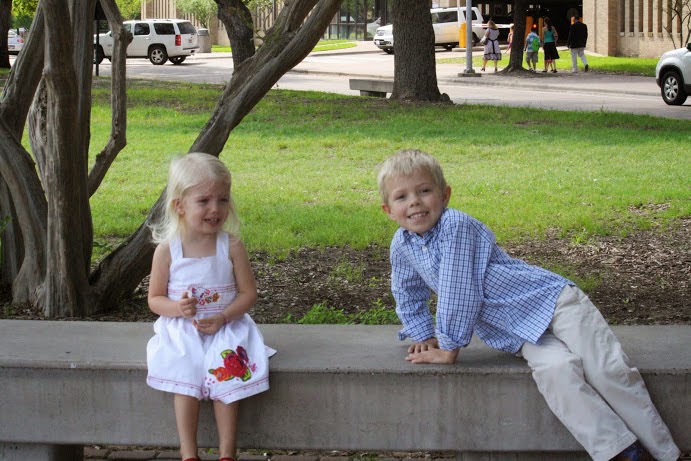 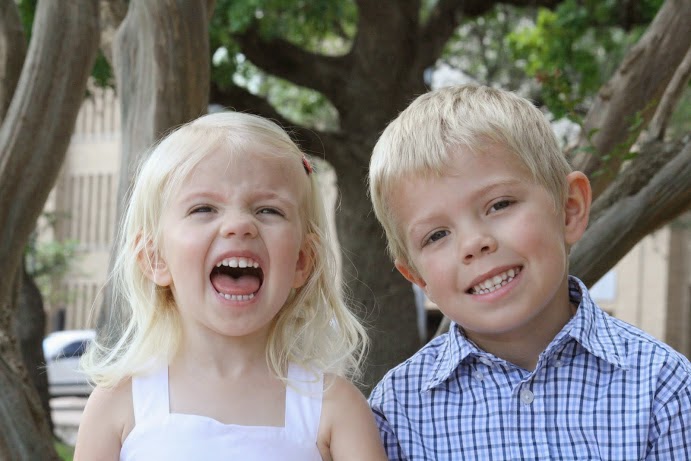 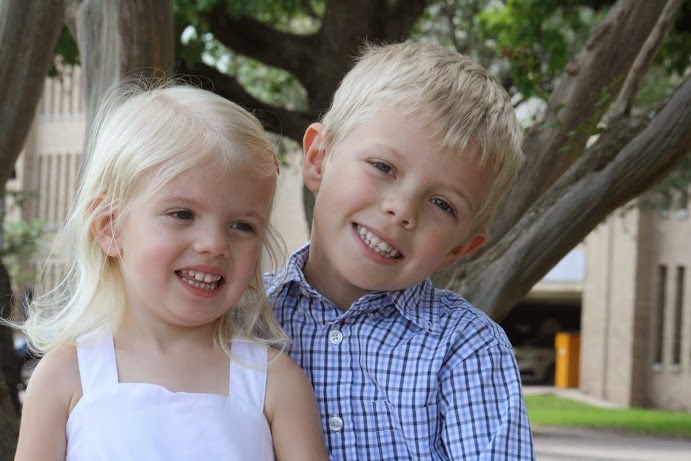 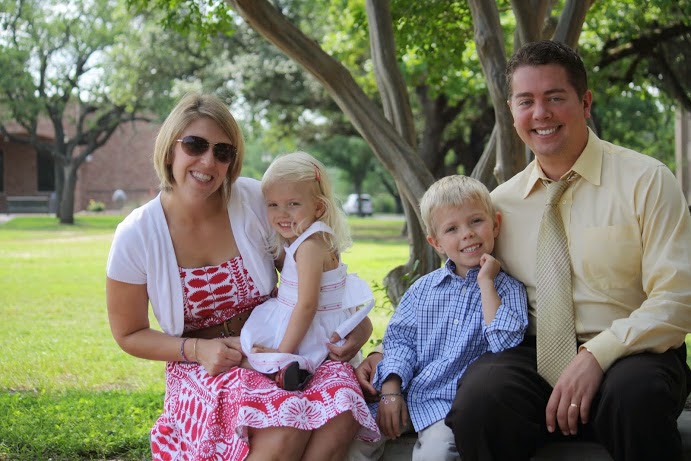 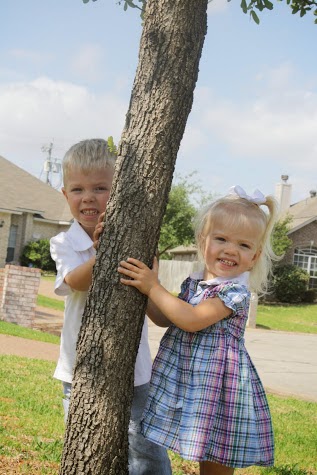 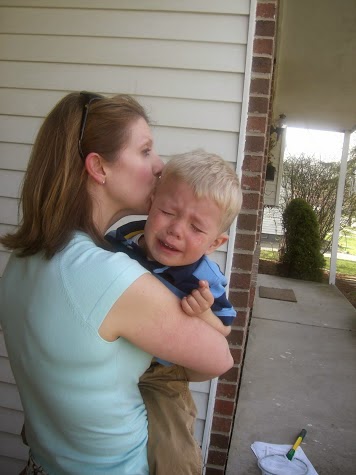 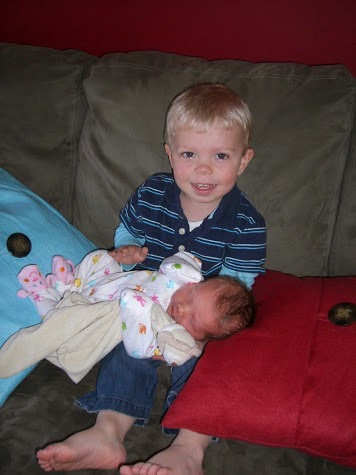 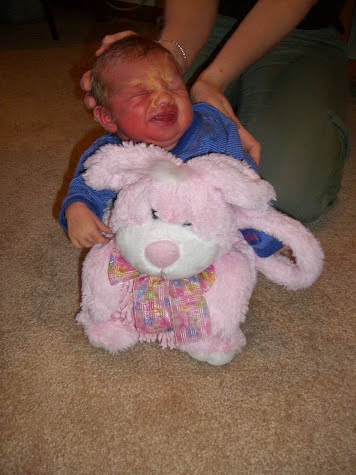 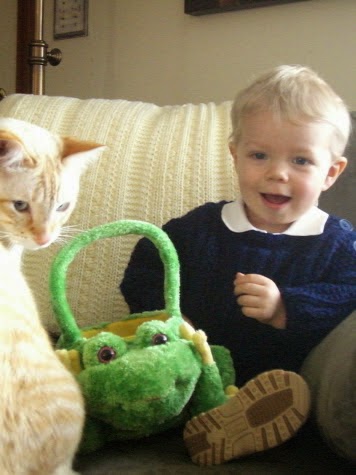 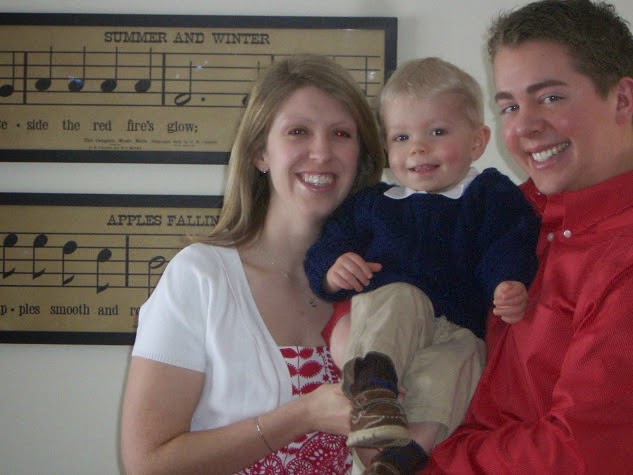 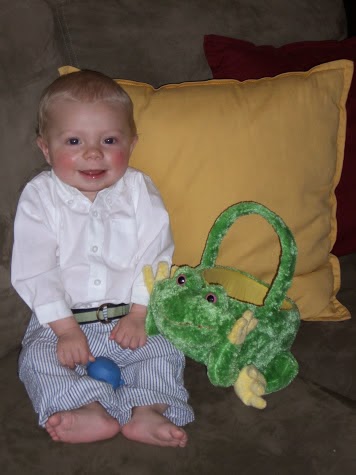 I guess I should just be happy that in our 2014 photo all eight eyes are open and looking at the camera.

Hallie was born on Good Friday and came home from the hospital on Easter Sunday, so the first thing we did when we walked through the front door that Easter morning - because OF COURSE - was put her in her Easter basket. She clearly loved it.
Posted by Chasing Roots at 6:00 AM