I love y'all. Y'all who read Chasing Roots, of course, but also "y'all" as a phrase.

It took me nearly three years to start using "y'all" regularly, primarily - at least at first - because I thought doing so would make me sound like an impostor. My Wisconsin roots become apparent as soon as I speak, so I worried that throwing around Southern phrases in my Midwestern accent might give others the impression I was trying to be something I wasn't.

After our first two years in Texas I grew out of that worry, figuring that I'd lived here long enough to start trying out bits and pieces of the local vernacular. I tossed out a "howdy" every now and again, and it felt so good that I decided "y'all" should make an occasional appearance as well. Except I couldn't quite figure out how and when to use it correctly.
I feel like the information below should have been shared with us - you know, in an email sent from the city to new residents or in a pamphlet dropped in the mailbox - when we first moved to Texas. This knowledge base would have saved me from sounding like an idiot on more than one occasion... 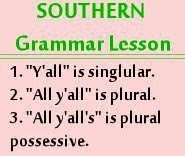 While searching for additional "y'all" tutorials and pictures, I came across a few tutorials and pictures that referenced other common Southern/Texas phrases. I'll be the first to admit that when we moved to Texas I strongly disliked using, asking my children to use, and being referred to as "ma'am" (and "sir"). Three years later, "yes ma'am" and "no sir" - and all they stand for - have become one of my absolute favorite parts about living in Texas. 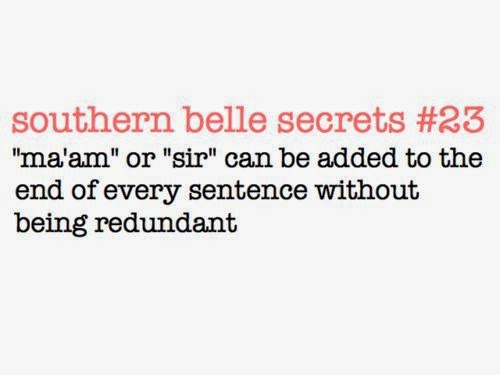 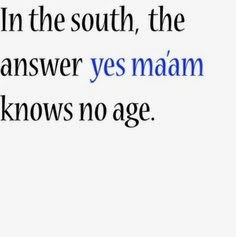 And finally, this. I love this. Sometimes it's just the only response that'll do. 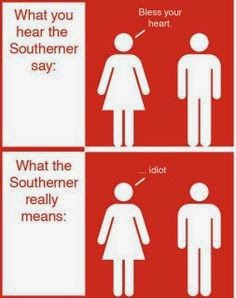