Monkey Under the Sea

Every year I bake and decorate a character cake for the kids' birthday parties. I let them choose the themes for their parties first, and then I do my best to make cakes that fit in with the themes. Some of my favorite cakes are below: 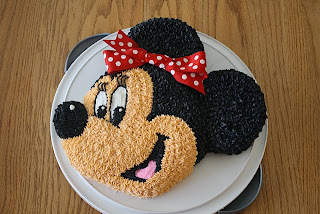 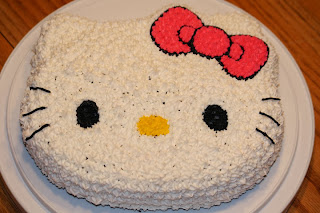 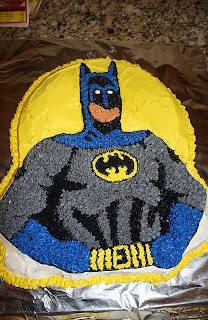 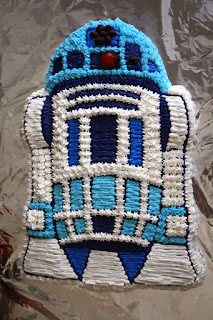 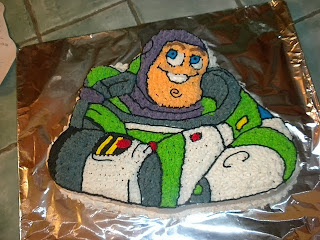 Hallie chose The Little Mermaid for her 4th birthday party theme, so I decided - against my better judgement - to tackle an Ariel cake. I say "against my better judgement" because people are much harder to bring to life in frosting than animals and characters like Batman, for example, who wear costumes. It's also very difficult to make skin-colored frosting because frosting gets darker over time; you may think you've created the correct skin color, but an hour later and on the cake, the skin color looks awful.

I let Hallie watch, standing on a stool, while I decorated her Ariel cake. As I neared the end of the hours-long cake decorating process, she sidled up to me and sneezed. She turned her head and covered her mouth (don't worry, friends who ate the Ariel cake, I protected it from Hallie's sneeze with my body), but in the process she elbowed me and caused me to smudge the frosting around Ariel's mouth. There was no way to scrape off the frosting I'd already put on the cake and start over, so I simply added another layer of frosting over the smudged area. That, coupled with the slowly darkening skin-toned frosting, made my Ariel look a little funny. I was NOT happy with her…or with Tom for pointing out that she looked like a monkey. 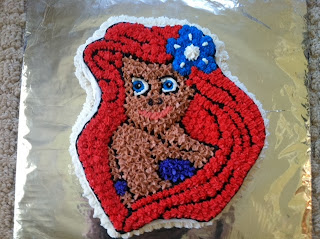 In an attempt to redeem himself (eight months after the monkey comments), yesterday Tom sent me this picture of someone else's attempt at Ariel. 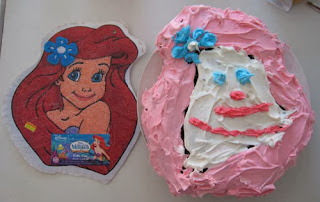 I feel a little better now...
Posted by Chasing Roots at 6:00 AM