Last week I was having a conversation about Wisconsin with a friend of mine. For a reason I can't yet divulge (well, more for a reason I don't yet want to divulge - I'd rather surprise you in a few weeks), this friend was asking me a series of questions about my home state. How would you describe the accent? What phrases do you commonly use? What are the state motto, bird, and song? Are there any iconic images you associate with Madison, Wisconsin, or the Midwest? I'm embarrassed to admit that when faced with these questions, the first - and only - thing that popped into my mind was a wolverine.

Wolverines have absolutely nothing to do with Wisconsin, except for maybe starting with the same letter (which Will-whose-name-starts-with-"W" pointed out to me). Wolverines do however represent the University of Michigan in Ann Arbor, where we lived for 6+ years while Tom earned his graduate degrees, but living in Michigan for six years - after living in Wisconsin for more than 18 years - is hardly an excuse for my inability to recall anything of significance about my home state.

After I regrouped, I was able to come up with cheese (really all dairy products, I suppose), cows, brats, beer, and the Bucky Badgers. That's it. No truly distinguishable accent (Michigan and Minnesota are where the true midwestern accents come from), no phrases, and no iconic images (other than cheese, cows, brats, beer, and Bucky, of course), and to save my life I couldn't remember the Wisconsin motto or bird.

I grew bored with "researching" Wisconsin pretty quickly, so to make finding the answers to my friend's questions a little more fun, I decided to write myself a little quiz.  When I finished writing the quiz I actually took it (my results indicate that though I don't know a whole heck of a lot about my state in general, I DO know my Wisconsin professional sports teams), and then I decided to share it here so that I could give away a prize or two.

The first two people who correctly answer the questions below, either in the comments section or in a message to me, will receive a little Wisconsin-themed surprise in the mail.  Good luck! 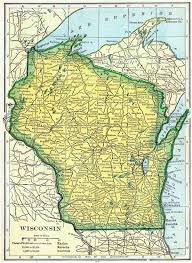 1. What is the Wisconsin:
2. What are people who live in Wisconsin officially called?

3. What are people who live in Wisconsin nicknamed?

4. What are the names of Wisconsin's NFL, MLB, and NBA professional sports teams? 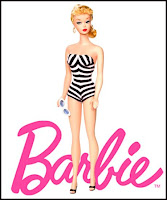 Stay tuned...the Texas Quiz goes up tomorrow, and the answers to both quizzes will be revealed on Friday!
Posted by Chasing Roots at 5:00 AM