The Mueller Grandchildren
Earlier this week my mom pulled together in one email the following pictures of her four grandchildren.  Clearly a strong dislike for bath time is genetic.
Imperfectionism
Last week I stumbled upon this article, written by Alexandra Petri for The Washington Post, and I immediately wanted to share it with all of you because I think that many of you - especially parents who are struggling to be as close to perfect as possible for the kids' sake -  will "get" it. I've been in Jennifer Lawrence's corner for quite a while now, but with every literal and figurative stumble I cheer even louder for her. It's not that I'm not happy she's slipped up, it's that I'm happy she's willing to put her real, imperfect self out there for the world to see.

Parent Resource #1: How to Tie Your Shoes
Supposedly you can teach your children to tie their own shoes - in under five minutes - using these six steps and your "magic fingers".  I don't know from experience if this plan works (Will already knows how to tie his shoes and Hallie's fingers aren't yet ready to learn), but the step-by-step instructions and the video lead me to believe that it probably does.  Time to toss in the velcro, parents!

Parent Resource #2: Inside Your Kindergartener's Brain
I don't know about you, but I often find myself guilty of seriously over or underestimating what my kids are physically, emotionally, and academically capable of.  In general, I tend to overestimate their emotionally maturity and underestimate their academic abilities, but because I'm aware of the fact that I do this, I've been working on establishing more realistic expectations for myself.  This website, which offers neuroscience-based insight into children's brains, really opened my eyes and will remain bookmarked on my computer (glimpses into the brains of preschoolers, kindergarteners, first graders, second graders, third graders, fourth graders, fifth graders, tweens, and high schoolers are included) for years to come. 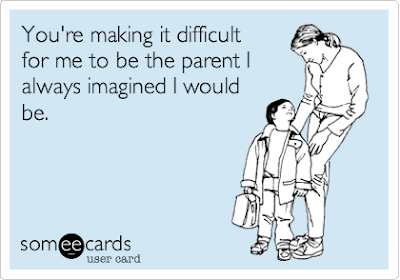 Red Cross: Red Cross Club FAQ
The second installation in my series about high school and collegiate Red Cross Clubs - which focuses on how to locate and join a club, as well as what steps to take if a club isn't already in existence at one's high school, college, or university - went up this week. Check it out here!
Posted by Chasing Roots at 6:00 AM