Johnny Football, Cotton Bowl Edition
In case you're still on the fence about Johnny Football (which would be pretty ridiculous, considering his unbelievable freshman season and the fact that he is now the proud owner of a Heisman Trophy), check out Johnny's highlight video from the Aggies' convincing victory over Oklahoma in the Cotton Bowl.

On a related note (thanks, Jeni, for sharing this on Facebook), TAMU is now accepting applications for band-wagon fans. Jump on board now, because the application window will close soon and if you wait until next year, every Aggie on Earth will call you on it.

Nailed It
1. Find something on Pinterest.
2. Try to make it at home.
3. Fail miserably.

This series of photos made me laugh out loud more than once and aren't to be missed.

Just Because
This picture is neither here nor there, but it's just so ridiculously cute that I couldn't not post it. 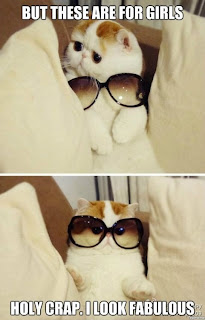 Red Cross: Reflection
I had originally planned to write about my Red Cross Resolutions, but since my Red Cross Resolutions were far too discombobulated for me to transfer them from my still-hazy-from-the-holidays brain to my computer, I decided to go a different route.  I'm still reflecting on 2012 - closing doors on the year's less pleasant moments and surrounding myself with memories of what made the year special - so that's the direction I went with this week's Red Cross post.
Posted by Chasing Roots at 6:00 AM