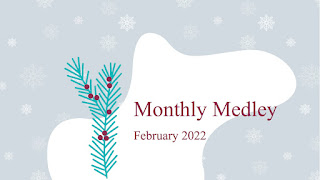 I finished an article about the Museum of the American G.I. at the beginning of the month, and then I took a couple of weeks off to regroup. I'm back at it again now though, with an article about The Thinkery in Austin and a family vacations guide on the horizon!

I tend toward mysteries and suspense, but even though One True Loves by Taylor Jenkins Reid didn't fall into either of those genres, I found it riveting. Without giving anything away (all of this is on the back of the book), a quick plot summary... After her husband disappears in a plane crash, a woman struggles to pull her life back together. She moves home, eventually running into her high school best friend and over time falling in love with him. But when her husband is found alive, she must navigate both relationships and determine whether the love of her life is her first love or her second. I felt pulled in many different directions while reading this novel, which I think means the author did her job exceptionally well. 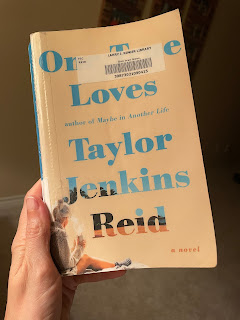 I also read Lost in the Antarctic: the Doomed Voyage of the Endurance by Tod Olson. This is absolutely a young adult book, but when I found it in our little library I knew I had to read it anyway...the story of polar explorer Ernest Shackleton's (unsuccessful) journey to Antarctica has always fascinated me. 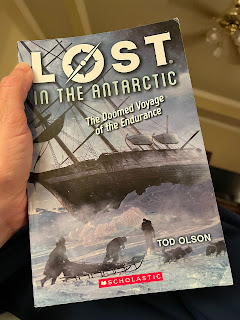 For a couple of weeks mid-month, I watched only the Olympics. While I don't enjoy the sports showcased during the winter competition as much as I enjoy the sports showcased during the summer competition, I still love the way the Olympics make me feel. I find myself completely engrossed in sports I would NEVER watch normally, simply because of the stories behind and journeys taken by the athletes who have made it to the biggest stage in the world. I especially enjoyed men's and pairs figure stating, biathlon, bobsled, and curling. (I do NOT enjoy watching skeleton. No thank you.)

After quite a few months, Hallie and I finally finished all 10 seasons of Friends (plus all of the special features). She asked if we could just start the series over again from the beginning...I said yes.

But first, Hallie and I rewatched the Mysterious Benedict Society. She's been reading the books, and she wanted to watch the show with a new perspective and now that she better understands the characters' backstories and knows all of the little details included in the book.

You might remember that when I wrote about this show previously, I called it one of the best I've EVER watched...I stand by that assessment after making my way through it a second time.

I finished Only Murders in the Building - on Netflix with Steve Martin, Martin Short, and Selena Gomez - and it was ah-mazing. I can't wait for season two.

After catching up with the available seasons a few years back, I recently circled back around to Queer Eye and its new seasons. I don't make it through an episode without tearing up - these men make such a difference in the lives of the people they help, and I find it incredibly impactful, uplifting, and entertaining.

I stumbled upon Tenderfoot's The MLK Tapes podcast - think the most authentic example of the True Crime genre, amped up by historical significance and conspiracy theories - and have thus far found every episode completely astonishing. 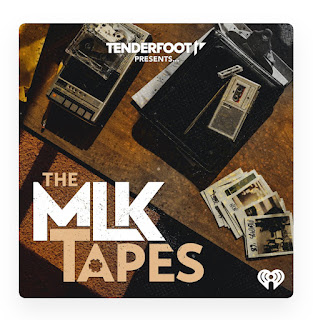 I tried a couple of new Instagram and Facebook pages this month, but nothing stuck. Though I use Instagram for its messaging component, I'm trying to otherwise spend less time with the app open - specifically less time scrolling through pages I don't already follow - so this category may become a little less regular in the future...

As the mom of a dancer (and as the mom of a 15yo boy who hates to shop), I have to measure my kids for costumes and clothes fairly often. I stumbled up on this tape measure, ordered it from Amazon, and discovered it to be a GAME-CHANGER for gathering accurate information for difficult to measure spots and body parts.

We bought our new refrigerator in January, but I wanted to wait until we'd had it for a few weeks before I shared it here. It's an LG side-by-side, and we made the switch because of where our refrigerator is located in our kitchen (against a wall on the left-hand side) and the issues that location has caused with opening the left refrigerator door and accessing the ice machine if/when there are problems. While it's not perfect, we've thus far liked this new design...though what I'd REALLY like is for my refrigerator to be in a different spot... 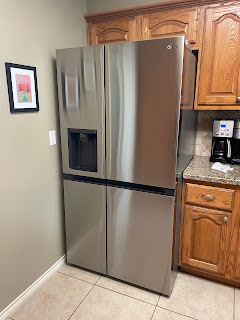 My black athletic shoes had holes in the heels, so I finally bought myself a new pair. Mizunos have been my favorite for years, but I started trying other brands because they're always exorbitantly priced. These ASICS have worked out exceptionally well so far, and at $65 they're reasonably priced for athletic shoes. I like them enough that I'm considering the white/champagne pair or the white/sea glass pair as well!

I assumed that when the pandemic ended I would switch from wearing athleisure to my pre-pandemic (read: dressier) attire, but I just can't bring myself to fully transition. The middle ground, for me and at least for this time of year, is cute sweatshirts, and this month I picked up and have really liked this one from Target and this one from Old Navy. Comfortable and stylish!

Our schedule this school year has allowed us to have dinner together at exactly 6pm on exactly two nights of the week. (Occasionally we could make additional nights work, but our only regular nights were Monday and Tuesday.) But then high school soccer season started, and now Will has team dinners on Monday nights and games on Tuesday nights so "Ferris, party of four for 6pm" is no more. I still cook(ish), but when no one is home at the same time and we eat in pairs or trios or alone in our rooms writing our 74th English paper of the year, it doesn't make sense for me to make complicated meals. I have so many meals to try bookmarked on my computer - maybe this summer! 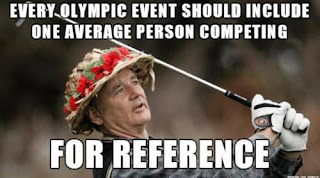 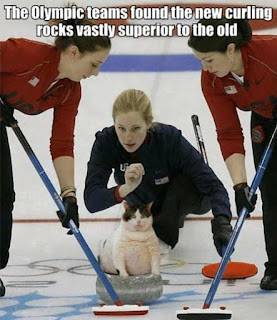 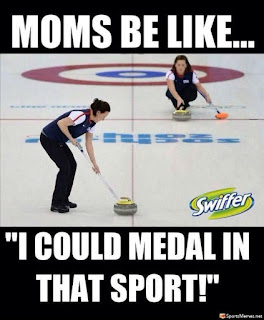 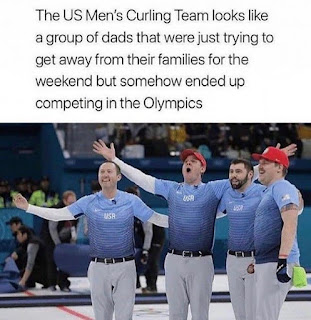 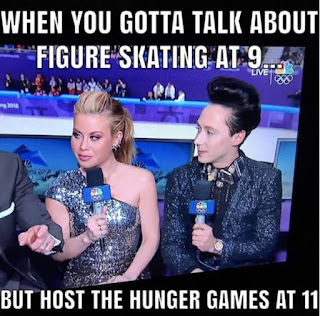 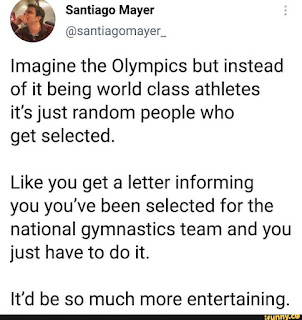 On to March, my friends! Make it a good month!