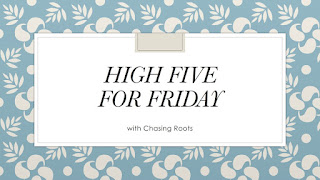 I mentioned this last week, but spring break just wasn't long enough. When my kids were little, school breaks felt SO long and I more often than not felt ready to send them back when breaks came to an end. Now that my kids are older, all I want is for them to be around more - I want more time with them. (And I want more time to sleep, to read, to work, to catch up around the house, for bigger house projects, to travel. So basically just more time.)

March Madness is underway! Everyone's brackets are basically if not completely busted already (my bracket was busted within the first few hours on day one), but at the end of last weekend, the scores were as follows:

Per usual, if I can't win our family competition myself (which I don't think I can), I'm rooting for Hallie, who makes choices based on how the name of the school rolls off her tongue, whether or not she likes the color of the team's jerseys, and how cute she deems the school's mascot.

Our Aggies didn't make the NCAA Tournament (#slighted), but they did receive a #1 seed in the NIT Tournament. TAMU made admission and parking to the Aggies' first three games completely free, so last Tuesday night Tom, Will, and I went to their first round game - which they won - against Alcorn State. 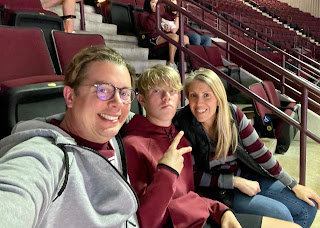 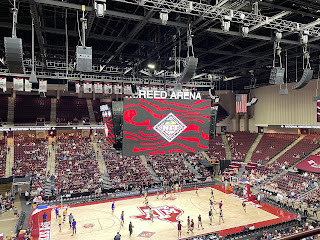 It was at this game that I discovered the best soft pretzel I've ever had - yes, even better than Auntie Anne's. I've been dreaming about enjoying another one since that day... 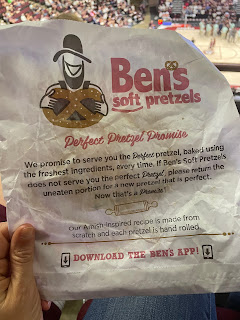 We took care of lots of animals per spring break - Luna the kitty at our house, as well as the neighbors' four dogs and two cats at their house - and while it was a lot of work, the kids learned and earned a lot! 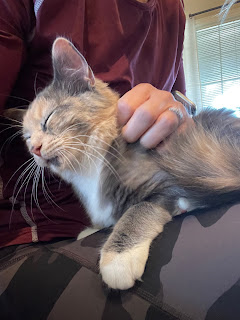 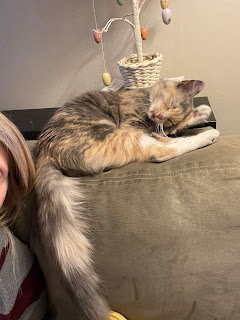 And now that Luna has gone back home, we're hoping to have kittens sometime soon...

Last Wednesday, Will drove me to the outlet mall. This mall is an hour away and on the outskirts of Houston, so this was his longest and most stressful driving experience yet. He did a really good job though - I was pleased with his actual driving, his receptiveness to suggestions and corrections, and his ability to handle the pressure when in traffic and at fast speeds. He's getting there, one drive at a time!

When we turned the shed into Tom's Mad Science Laboratory, we had to move all of the lawn, garden, and outdoor home care paraphernalia into the garage. This was a challenge, and we knew we wanted to find another place for all of it at some point. Enter Tom's dad, who over spring break built us this Mad Science Laboratory addition. 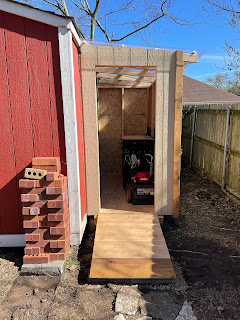 While the boys worked on this project, I weeded and mulched my heart out for three days straight. We still have a bit more to do (there's a corner bed that still needs planting and then mulching, as well as some stumps that need to be ground up before we mulch that area), but I'm definitely at least 80-85% done. And I have the aches and pains to prove it!