Walking in a Disney Wonderland

My parents took my sister, Sara, and me to Disney World twice during our childhood years. We went for just a day when Sara and I were in early elementary school, and once we'd both reached high school we returned for a longer visit that included a stay at Disney's Wilderness Lodge and multiple days in the parks. Sara and I ventured back on our own during our college years, and while that trip included a few snafus (a story for another time, but one that starts with me calling my mom to tell her that Sara arrived in Florida with no credit card, no debit card, and no cash), we had a great time.

Shortly after Will turned four and as Hallie neared two, we took them to Disney World for their first visit. Like my first visit, we went for only a day but we truly enjoyed sharing Disney with the kids and with Tom's parents and sister. Tom and I also took the kids to Disneyland about three years ago, and despite a rocky start (our flight out of College Station was cancelled because of weather, so we had to drive through said weather and hope we would be allowed on our connecting flight out of Houston), we had a marvelous trip.

All that to say: we're Disney fans, but not necessarily Disney fanatics. I would love to "do Disney" more frequently, but not if going that route would keep me from experiencing everything else our beautiful and interesting country has to offer. It's hard for me to consider returning to the same place over and over again - even somewhere as fun as Disney - when I have yet to travel to the Grand Canyon, the Hoover Dam, Maine, Hawaii, and Alaska and haven't visited some of my favorite cities and destinations (NYC; San Francisco; Park City, UT; Hood River, OR; Niagara Falls; Yellowstone National Park; or either ocean) in years.

But I desperately wanted to get back to Disney World with the kids while they were both in the right age window: old enough to remember the trip and young enough to enjoy taking it with their parents. We had planned to travel - with my parents and Sara and her family - in late May/early June, but in the end we bumped the trip up a few months to the beginning of January. On (our second) Christmas morning we surprised the kids with their Magic Bands and told them we were hitting the road (to the airport) in three days. Once we arrived at the Orlando airport we surprised them again by "happening" to run into my parents as they deplaned. And once we arrived at our hotel, we surprised them once again, this time with the arrival of Sara and her family. (I think the kids had that third surprise figured out ahead of time, but they went with it for my benefit.)

We had a wonderful, exhausting, unforgettable trip...hopefully one the kids will remember for years to come. I know I will.

I narrowed it down to about 50 photos, and here they are, in no particular order. 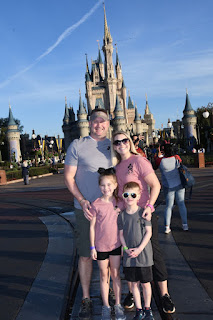 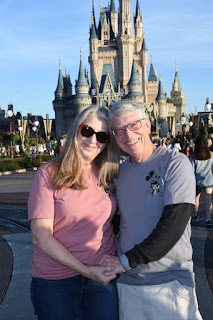 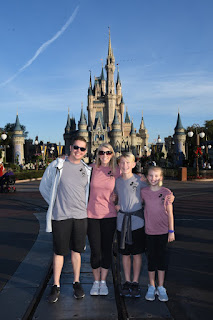 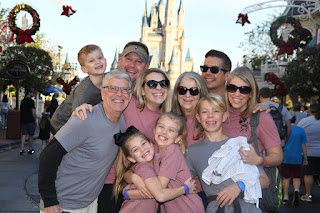