If you've been reading Chasing Roots for a while now, you know that a couple of years ago I changed how I made resolutions. Rather than following the more traditional route of kicking off on January 1st and attempting one or two resolutions over the course of the year, I began starting my New Year's Resolutions in September and tackling one resolution each month. I chose resolutions as they came to me and according to what I felt I needed to work on as each new month rolled around, and in the name of accountability, I touched base here at the beginning of every month to report back on how the previous month went and share what I planned to work on that month. 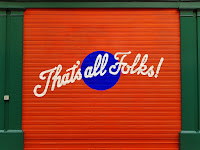 Back in October I started feeling less enthused about making monthly resolutions. Not about my system - I still love the idea of starting resolutions in September and tackling one small resolution each month - but about resolutions in general. As an already challenging year weighed heavily on my shoulders, adding "something else" - anything else - made me feel even more grumpy and overwhelmed. I continued with my resolutions plan for two more months, sticking to my pre-determined resolutions to write daily in my gratitude journal in November and read daily to the kids in December, but now that January has rolled around I think I'm ready to be done.

I guess you could say that my resolution for January (and probably February through August as well, though I may pick up where I left off come September) is to not worry about resolutions. I have a few loosely defined goals (see below), but I have no plans to document how well I do at any of them, which I think will take some of the pressure off.

Oh, and I want to stop worrying about whether or not ditching resolutions altogether makes it sound like I don't want to be a better person.

Resolutions have the potential to motivate and encourage and uplift, and I love following along on social media as family members and friends tackle and accomplish their 2020 goals. But resolutions also have the potential to discourage and overwhelm, and if that's how they're making you feel right now, I hope you give yourself enough grace to take a break or even walk away.

Despite Will's stomach bug, Hallie's broken tooth, and Tux's possibly broken tail, 2020 has started off far better than 2019. I feel great about what's to come, resolutions or no. Happy New Year, friends.
Posted by Chasing Roots at 5:00 AM