Writing
If you read Texas Living magazine, check out this month's issue as well as the next few months' issues for articles I worked on throughout the last year. These may not be my first articles for the magazine, but they're some of the ones I'm most excited to see in print! 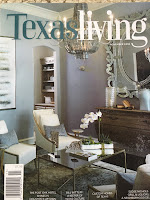 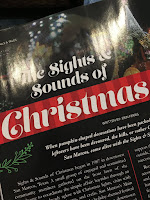 Pretty much every other aspect of where my writing - at least with regard to Chasing Roots - can be summed up in this post, which I shared midway through the month. I hope I can find the time in December to map out where to go from here...

Reading
I finished and highly recommend Bread & Wine by Shauna Niequist. It would be a perfect holiday break read - fun, funny, uplifting, and inspiring (not to mention it includes a number of delicious recipes) - so if you would like to borrow it, let me know.

Thanks to my birthday and a Thanksgiving Break visit to our other community library, I have a replenished book supply for December and January! 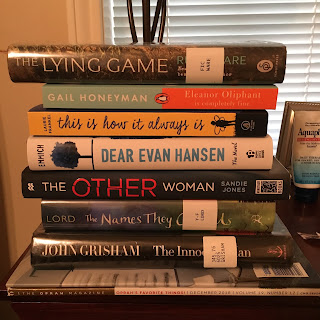 Watching
After a months-long hiatus, we visited the movie theater twice in November. Hallie and I saw The Nutcracker and the Four Realms with friends, and then I took the kids to see The Grinch the day before Thanksgiving. I would recommend both, but especially The Grinch. I honestly wanted and had planned to fall asleep in the theater that day, but the movie somehow kept me from doing so. Oh, and I cried steadily throughout the last 10 minutes - probably because the story ended so sweetly, but perhaps because I was so tired and didn't get my nap.

While we're on the subject of Christmas movies...Hallie and I adored The Princess Switch and the kids and I all loved The Christmas Chronicles, both on Netflix. The Princess Switch - spoiler alert - could be described as The Princess Diaries meets The Parent Trap, so while I could easily predict every plot "twist", I still enjoyed the storyline's ups and down. The Christmas Chronicles stars Kurt Russell as Santa Claus, and while Herb Brooks in Miracle will always be my favorite of his roles, this one comes in a close second.

Listening To
All the Christmas music. I didn't buy any new holiday CDs or download any new holiday songs this year, but I have enough of both from years past to keep me and the kids perfectly happy.

On a less uplifting note, last week I finished Season Three of Serial. The goal of this season was to "tackle the whole criminal justice system" by investigating ordinary court cases in Cleveland, OH. (Producers chose Cleveland because the city agreed to let the podcast record just about everything/where.) I've heard it called "ambitious", "addictive", and "completely different" compared to seasons one and two, and while I would agree with each of those adjectives, I would also add "depressing", "frustrating", and even "heartbreaking" to the list. That said, this season of Serial is important, because it shines the brightest of lights on the complexities, limitations, and biases of a system that seems designed to favor some and place others at an immediate disadvantage. Mentally prepare yourself, and then listen.

Wearing
I've become such a fan of Four the Love of Wood earrings - they're pretty, well made, and affordable, and the shop is local, something I consider another plus. (They would make great Christmas gifts or stocking stuffers!) I've purchased a few pair throughout the last year, and I adore my newest pair from last month's Jingle Bell Market. 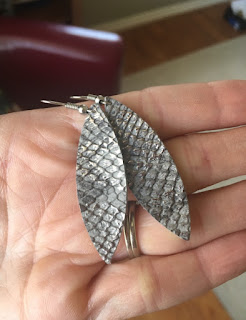 Update: the first time I wore these earrings one fell out and I lost it. 😢

Speaking of jewelry...Tom bought me this necklace - from our my favorite jewelry store in Minocqua, Wisconsin. I admired it last summer and then it miraculously appeared under the birthday tree. 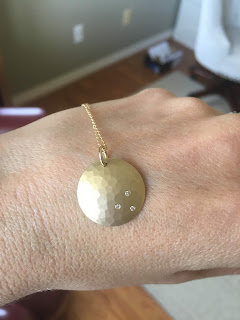 Trying/Using
Ok, I haven't technically used my new power washer yet, but Tom has (apparently he and Will used it before wrapping the box back up for me to open on my birthday) and he declared it miraculous...bring on cleaning all the things with a forceful stream of water! 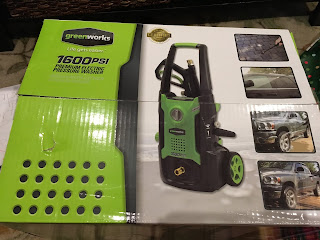 I mentioned Casey Duke Photography last month but didn't yet have any photos to post. Now that I do, I thought I'd share a couple (not the ones on our Christmas cards, but a few others I loved) so you can see her work. Let me know if you're in the market for a photographer in the BCS area!