The George H. W. Bush Presidential Library and Museum is located in College Station. It opened to the public in 1997, but underwent a near-complete renovation 10 years later and reopened during a ceremony at which President Bush arrived via parachute jump.

I have visited the museum more than once since moving to College Station. Its core exhibits focus on President Bush's upbringing and the path his life took as he became a military man, college student, husband, father, businessman, Congressman, Ambassador to the United Nations, Chairman of the Republican National Committee, Director of the Central Intelligence Agency, Vice President, and eventually President. The museum also offers insight into the efforts made by the Bush Administration to stop Saddam Hussein and liberate Kuwait, and showcases artifacts and memorabilia of importance to President Bush, such as a WWII Avenger Torpedo Bomber, a 1947 Studebaker, and his beloved speedboat, Fidelity.
I was nine years old when our country elected President Bush. I paid absolutely no attention to politics back then, and still today only somewhat understand his contributions to our country's political landscape. I can't say if I would have voted for him. I can't say if I would have agreed with him. But I can say that I believe him to have been a good person. Each time I walked the museum's exhibits I found myself acknowledging not what an accomplished politician he was, but what an accomplished human being he was. A kind and generous man with a heart for family and a commitment to service.

Last Thursday, College Station all but shut down - Texas A&M University closed and the public schools let out early - in honor of President Bush. And just as we did seven months ago when Barbara passed away, we stood in the rain on a little patch of grass to the side of the road (or in this case, the railroad tracks) and paid our respects as President Bush made one final journey across his home state of Texas. 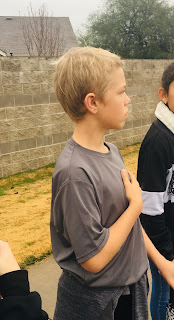 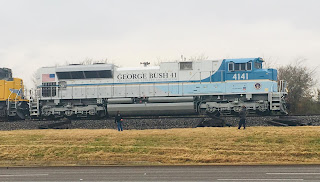 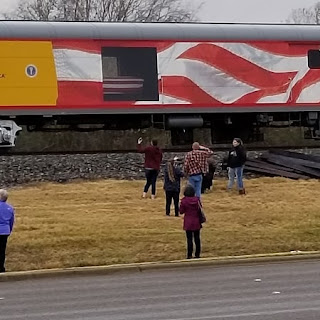 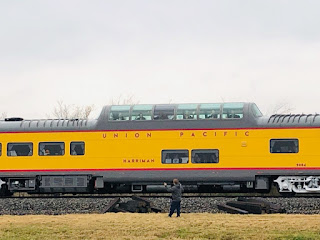 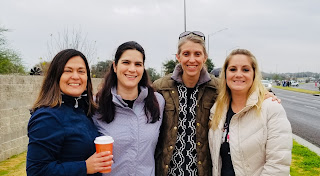 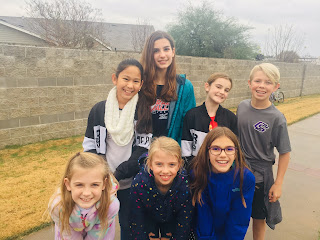 President Bush was laid to rest, alongside his wife and daughter, on the grounds of the George H. W. Bush Presidential Library and Museum on the campus of Texas A&M University. After a lifetime of service, President Bush deserves that rest...and we must take on the work where he left off.

"America is never wholly herself unless she is engaged in high moral principle. We as a people have such a purpose today. It is to make kinder the face of the Nation and gentler the face of the world. My friends, we have work to do." 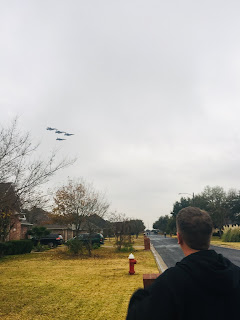