Because of heavy rains, Will's soccer league relocated one of his games to a park we had never visited before. My GPS told me to expect a 90-minute drive so I added 30 minutes to that time frame when planning our trip, but surprisingly light traffic put us at our destination about 45 minutes before Will had to suit up.

Turns out the field on which Will would play shared park space with the Harris County War Memorial, an ongoing tribute to the Harris County residents who died serving their country during WWI, WWII, the Korean War, the Vietnam War, the first Persian Gulf War, Operation Iraqi Freedom, and Operation Enduring Freedom. Though we all felt moved by the memorial and those it honored, the experience impacted Hallie in particular; just as she asked me to read aloud to her the names of everyone who perished at the Alamo so she "would know at least one thing about them", she took her time wandering through the granite walls and columns, reading names and acknowledging the human beings those names represent. 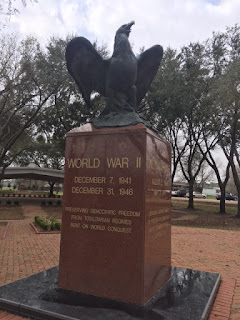 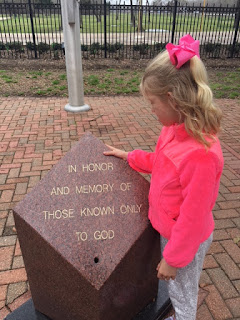 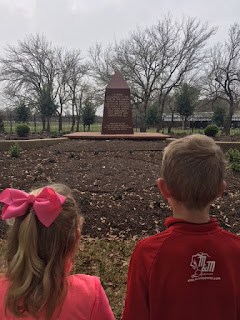 When we finished touring the memorial area, Hallie and I dropped Will at his field to warm up and began exploring the rest of the park. Though it doesn't exactly make sense, the park was also home to a number of animals - goats, pigs, and at least one emu - and an aviary that housed hawks, falcons, owls, parrots, macaws, and a turkey who seemed particularly and oddly entranced by Hallie. 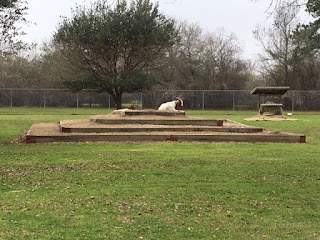 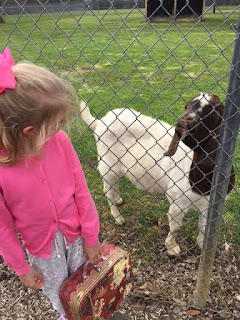 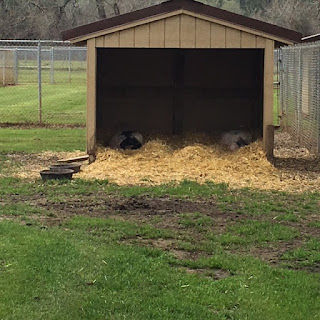 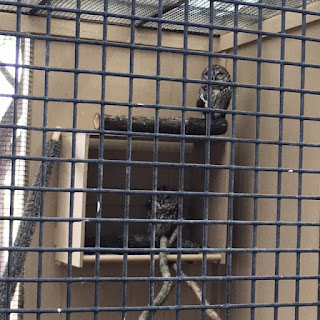 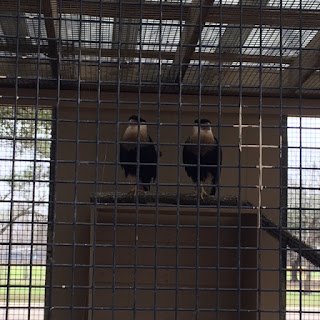 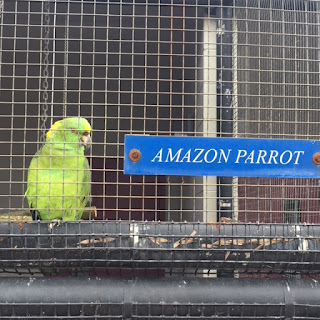 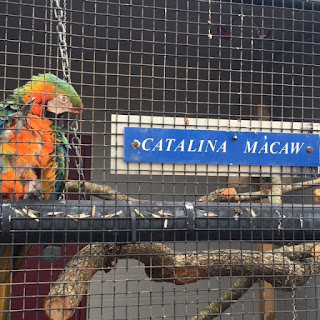 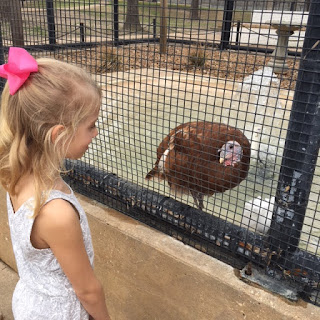 Both Hallie and I talk to animals and have a specific voice we use when doing so, and we were thrilled to discover that when we spoke to the macaw, he replied.

I never would have planned a trip to the Harris County War Memorial, however now that I've been there, I would encourage others - if in the neighborhood - to pop in. A short history lesson, an opportunity to posthumously acknowledge hundreds who served our country, a friendly goat, and a chatty macaw make for a sweet stop.
Posted by Chasing Roots at 5:00 AM