A couple of years after moving to Texas we learned of a magical place just outside of College Station called Santa's Wonderland. We also learned that visiting this cacophony of lights was complicated and expensive: parking is only available at a remote location and involves taking a shuttle back and forth, and tickets cost three times what they should given the activities included (and the many activities not included) with the price of admission.

So rather than take Will and Hallie to the real Santa's Wonderland, we took them to a lovely - but mediocre in comparison - Christmas light display at a local park and told them we were experiencing Santa's Wonderland. They had zero complaints so the tradition continued for years, but I had plans to someday take them to see the real deal.

This year an opportunity - in the form of a Santa's Wonderland one mile fun run - presented itself, and we quickly took advantage. I felt considerably better about paying the cost of entry because it included admission to the park, a t-shirt, one cup of hot chocolate, and one hayride, and a portion of proceeds went to the Brazos Valley Food Bank. We coordinated with friends, and on the afternoon of the run, headed out to see the wonder for ourselves. 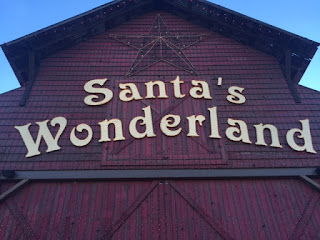 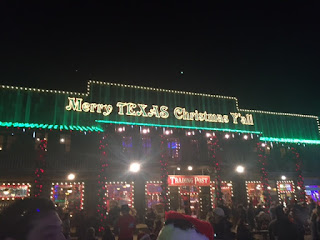 Parking and riding the shuttle were easier than expected, and when we entered the park through a massive "gift shop" - one that offered everything from ice cream, cookies, and wine to ornaments, nutcrackers, and home decor - I found myself unexpectedly impressed. That feeling only increased when we emerged from the store out into the main gathering space, which resembled an old-timey western town. To our left we spotted Santa's Cottage, where he waited to take pictures with children, and a massive photo backdrop wall of lights in the shape of the Texas flag. To our right we noticed - but only after we smelled - shops and counters selling fudge, cinnamon roasted nuts, and hot cocoa. And straight ahead of us we saw cozy split-log seating around a campfire and facing a front porch-esque stage on which we would later watch a few fun singers, dancers, and musicians perform. 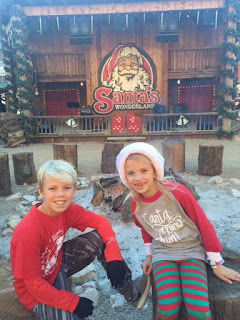 Though a bit pricey, the many food and drink options available in the Frost-Bites Food Village hit the spot. The kids enjoyed the funnel cake (which was MUCH larger than the fair funnel cakes I remember from my childhood) and the adults sampled a little something from the winery. I didn't find out until after our visit that one of the food stands makes a mean Dutch Oven peach cobbler...next year! 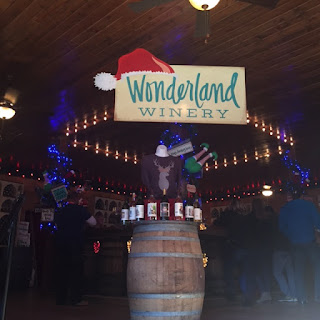 The kids loved - surprise, surprise - the "snow slide" and "sledding hill" bounce houses...they can't wait to (hopefully) make footprints in real snow in a couple of weeks and therefore found these activities particularly attractive. They also enjoyed watching Christmas movies on the big screen. We skipped the petting zoo, horse and carriage rides, and snow globe as they all cost an additional fee. (Given the price of admission, I think everything in the park should be included.) We also skipped the train ride, roasting marshmallows, mechanical bull, and visiting Santa for various reasons not related to price. 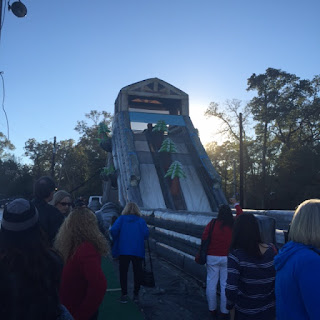 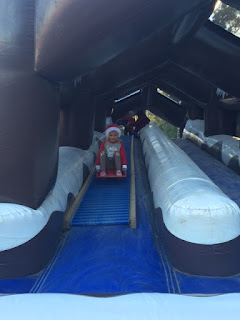 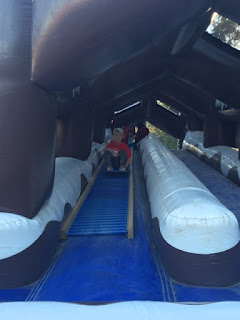 When the time came to run/walk, we made our way to the starting line and then leisurely meandered along the one-mile course taking pictures and enjoying the incredible lights. Except Will, that is...he pushed his way to the front of the pack, and when the "race" started he sprinted the full mile and (according to him) came in fourth behind one adult and two tween/teens. He missed all of the lights and had to wait for us at the finish line for 20 minutes (he ran the course in just over six minutes and the same course took us 26 minutes), but he was THRILLED. 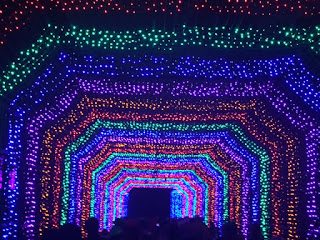 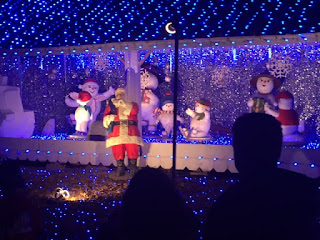 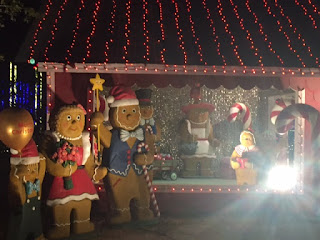 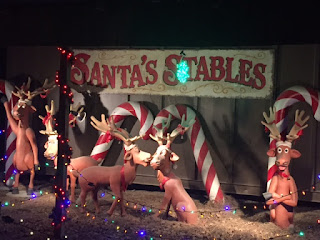 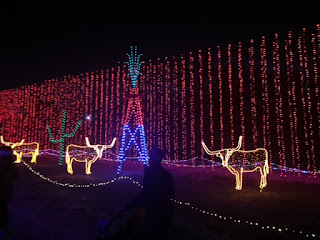 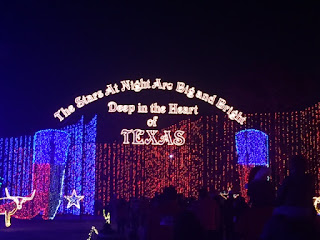 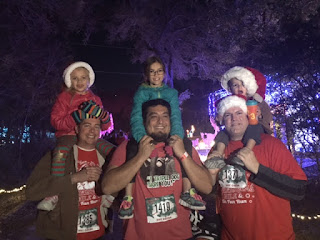 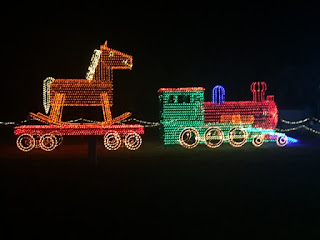 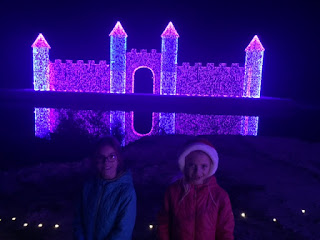 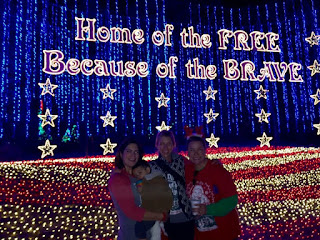 We had tickets to go on the hayride, but because the hayride followed the exact course we had just walked and the line went on for what seemed like blocks, we opted to skip it and had no regrets about that decision. I honestly felt like walking through the lights - an option only available to us because we signed up for the run - made the night considerably more magical; we moved at our own pace, could see and photograph everything around us, and could walk and talk with everyone in our group. 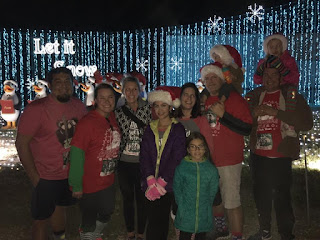 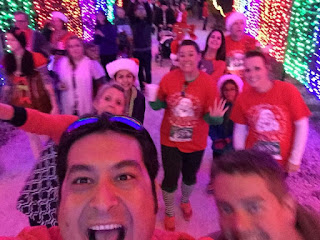 Santa's Wonderland lived up to and even exceeded my expectations in some ways (atmosphere, music, food, and lights), but it fell short in others (price, general flow and organization). I anticipate a return in 2017, but likely only on the night of the fun run so we can once again experience the magic of the lights on foot with friends. Oh, and because Will has big plans to improve his finish. 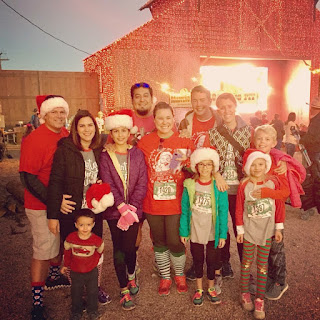 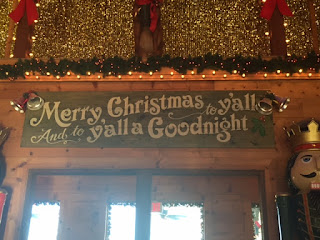 Merry Christmas to y'all, and to y'all a good night!
Posted by Chasing Roots at 5:00 AM