Thank you to our friend Jane, who works in the College of Engineering at the University of Iowa, for sharing this story on Facebook and allowing me to retell it here!

Recently Jane welcomed a group of prospective students - 17- and 18-year-old boys - and their fathers to the University of Iowa. These potential Hawkeyes were visiting from Illinois, and during friendly conversation it came up that they all rooted for the Chicago Bears. Jane, on the other hand, was born and raised in Green Bay and is a lifelong Packers fan, so she decided to share with the boys a little about a connection between the Hawkeyes and the Packers.

Jane: You know what the Bears do wrong? (The boys were, I'm sure, waiting with baited breath to hear her valuable insights.) They don't draft any Hawkeyes.

Bears Fan Boy: (with a snarky tone) What difference would THAT make?

Surprised at his response, Jane began listing Hawkeye players who were drafted by and went on to become difference-makers for the Packers: Bryan Bulaga, Mike Daniels, Abdul Hodge, Micah Hyde, Aaron Kampman...

Hawkeyes? Hot guys? Yep, they're one in the same. 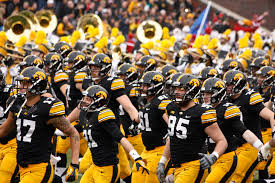 Jane and I both feel it important to note that a multitude of Hawkeyes - Adrian Claiborn, Dallas Clark, Tim Dwight, Robery Gallery, Shonn Greene, Chad Greenway, Nate Ceding, Tony Moeaki, Bob Sanders, Brandon Scherzo...the list goes on - have had a significant impact on the NFL as a whole. And yet ZERO Hawkeyes have been drafted by the Bears in the last 25 years...

We have no interest in helping the Bears improve, so please share this post only with Packers fans.
Posted by Chasing Roots at 5:00 AM