1. First and foremost, can I get a high five that Election Day has come and gone? While I hate to say goodbye to the Saturday Night Live versions of our presidential candidates, I look forward to less political talk and fewer news stories, television commercials, radio advertisements, and Facebook posts. Bring on Thanksgiving and Christmas! 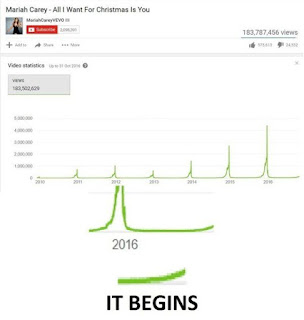 2. In honor of Veterans Day, I share with you a singing, drumming, xylophone-playing, and recorder-playing version of "Yankee Doodle Dandy" from Will's 4th grade musical program. If this version of one of America's greatest patriotic songs doesn't make you want to burn every recorder on earth stand at attention facing our flag, I don't know what will. (Will is speaking when the video begins and then starts playing his recorder.) 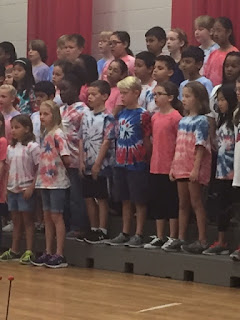 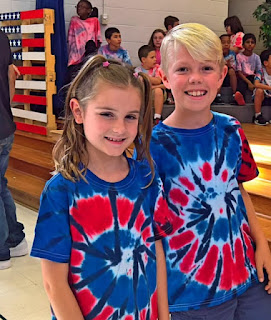 3. Fall - or a mild version of the season - has arrived in Texas! I wore jeans and boots every day this week, and I have hope that within a week or two the evening temperatures might drop low enough to justify lighting a fire in fireplace. Hallelujah!

4. I finally managed to french braid this kid's hair. What started out as a joke turned into a hairstyle both Will and I actually liked. I certainly don't have time to do something this complicated every day, but going the braid route might make it a little easier for him to see the ball on the soccer field! 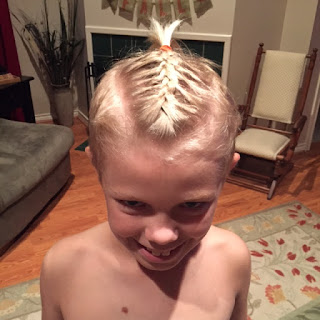 5. I think our weekend deserves its own post at some point, but the fact that Hallie and I (just barely) survived our first dance convention demands a high five today. Though I feel like a wolf in sheep's clothing at every turn, I am trying - for Hallie - to be the dance mom she deserves.