1. After a late night on Friday and an early morning on Saturday, we - my PTO team and I, along with help from lots of generous parent and teacher volunteers - pulled off our third annual Pancakes and PJs family event. This event takes a substantial amount of planning and hard work and adds to the chaos of the holiday season, but I LOVE it. A hot breakfast, holiday crafts, cookie decorating, board games, letters to Santa, and pictures with Santa, all shared with our elementary school family…what better way to strengthen a community and celebrate the season? 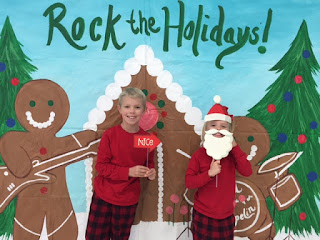 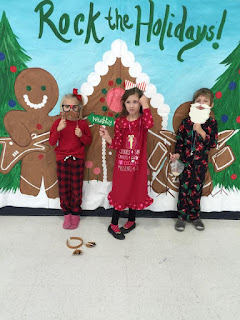 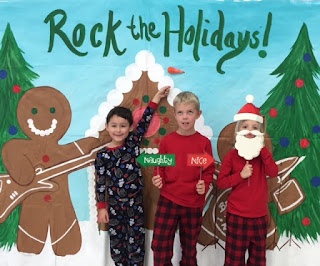 2. I mentioned in Wednesday's post that because of illnesses and injuries, we had to cancel plans to go out of town - to a Christmas festival in San Marcos - with friends. To make it up to Hallie, who, as the only healthy, uninjured member of our family, felt nothing but bitterness toward those of us whose suffering ruined her weekend plans, I took her to Christmas in the Park. Though she enjoying the bouncy house obstacle course and taking pictures with all of the light displays, playing in the dirt with her friend Kara made the evening worthwhile in Hallie's eyes. 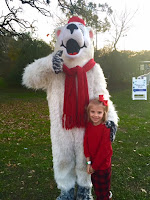 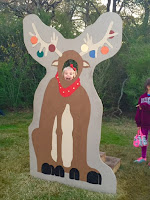 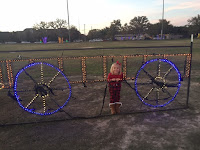 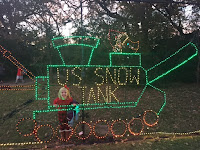 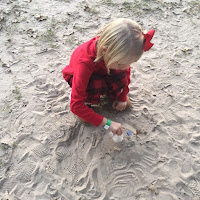 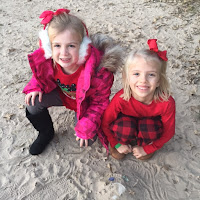 3. My Hawkeyes may have lost to Michigan State in the Big 10 Championship Game last Saturday night, but they played an incredible game and showed an unbelievable amount of heart for every one of those 60 minutes. (For every one of the 780 minutes they played this season, really.) 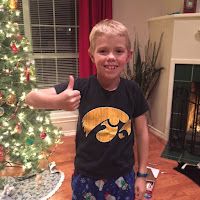 Andy Garman, a sports reporter with KCCI, posted a video to Facebook on Saturday afternoon. Accompanying the video was this testimony:

"I've been covering sports for 17 years, and and I've never heard an ovation this loud for the team that lost the game."

Hawkeye fans show up - by the thousands - and they know how to support their team. I am proud to count myself among them.

4. Our neighbors and friends decided to have a snowball fight last Sunday afternoon (did you know you can buy snowballs from Bahama Bucks?) and invited us to join them. The battle may have only lasted five minutes - snowball stashes melt quickly and can't be replenished when there's no snow on the ground and the thermometer reads 75 degrees - but the kids and grown-ups had a great time. 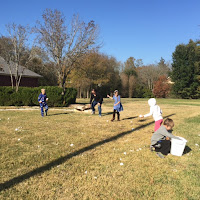 Will smashed a handful of snow on the back of my neck as the battle drew to a close, and while that kind of attack would have led to miserable cold during a Wisconsin snowball fight, during our Texas snowball fight it felt confusingly refreshing.

And last but not least, me and my buddy Tux.