And In the Blink of an Eye, Half a Decade's Blown By

Five years ago today, Tom and I - along with two itty bitty kiddos and exhausted after four days of driving both of our cars from Michigan to Texas - picked up our keys, crossed the threshold into our rental house, and became residents of the state of Texas. We were sad to leave our friends and move further away from our families, nervous about Tom's new job, and scared we might not fit in in our new city and state, which we knew would look and sound and feel dramatically different - demographically, culturally, politically, religiously, climatologically - than the cities we'd previously called home. That first night we hoped and prayed we hadn't made the biggest mistake of our lives.

Taken just minutes after we arrived at our rental house. They're so little! 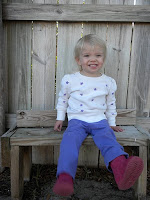 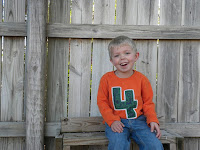 As the days turned into weeks and the weeks into months, we began to settle in. I learned as much as I could about College Station's neighborhoods and elementary schools and started looking for a house to buy (we HATED renting). Will made new friends, the kids and I began scheduling play dates, and Tom attempted to balance his new role as assistant professor with his established role as husband and father. But despite all that forward progress, Tom and I regularly struggled through conversations about where we were meant to raise our children and what we were each meant to do professionally…conversations that often ended with an agreement that the time had come for us to leave Texas. I remember feeling overwhelmed and foundered because I had no idea where we might live in five weeks, let alone five years.

For two years - maybe even longer - we focused on whether or not we'd made the wrong decision, so much so that we failed to notice we'd made the right one. Yes, we live far from our extended families and I could do without the summer heat and frightening wildlife. But we love our home, our neighborhood, and the kids' school. Tom has a great job that he (usually) enjoys and that allows me to both stay home with Will and Hallie and pursue a wide variety of professional and volunteer opportunities. We - all four of us - have wonderful friends, kind and generous people who love and support us and for whom we do the same.

Texas snuck up on us, in the best possible way, becoming more than just a place to live, but a place to call home.
Just for fun, below is my first description of Texas, written for an introductory post on A Midwestern Girl in Cowboy Country/Chasing Roots.

“The pace of life here is a little slower – I notice it in particular on the roads, but also in line at the grocery store, at restaurants, and when I drop off and pick up Will from preschool. People are generally friendly. The local barbecue and Mexican food is delicious, but many of my favorite restaurants (I miss you dearly, Panera) and stores haven’t made their way here yet. There is a disc golf course on campus for Tom, but he has yet to encounter a Texan who actually knows what disc golf is. The daytime winter temperatures are mild, but the nighttime winter temperatures are still quite cold – in the 20s or 30s. I’m certainly not complaining about the weather now, but I can guarantee I will be come summer when the highs are in the 110s and the lows are in the 80s. In the "we’ll have to get used to this" category: most people drive huge pickup trucks or SUV's at least twice as big as Tom’s car, there are drive-through liquor stores that advertise drive-up windows large enough to accommodate semi-trucks, and some bars provide patrons with a to-go cup for unfinished beers. Just a few miles out of College Station is a "Cowboy Church", which church-goers attend on horseback. On the same stretch of road as the Cowboy Church we saw an entry to a ranch adorned with FOUR recently-slaughtered MOUNTAIN LIONS."
Posted by Chasing Roots at 5:00 AM