When I first wrote about Reveille - the Texas A&M University Border Collie mascot - three years ago, I did so from an informational standpoint. When I wrote about Reveille a second time, a few months later and after my efforts to track her down on campus had proved fruitless, I did so not because I found her interesting, but because I had developed a fascination with her. And when I wrote about Reveille a third time, earlier this year and after she miraculously showed up at church on Easter Sunday, I did so because seeing her in person left me starstruck. Like posters on my wall, writing her name on the cover of my diary starstruck. (Not really. But close.) 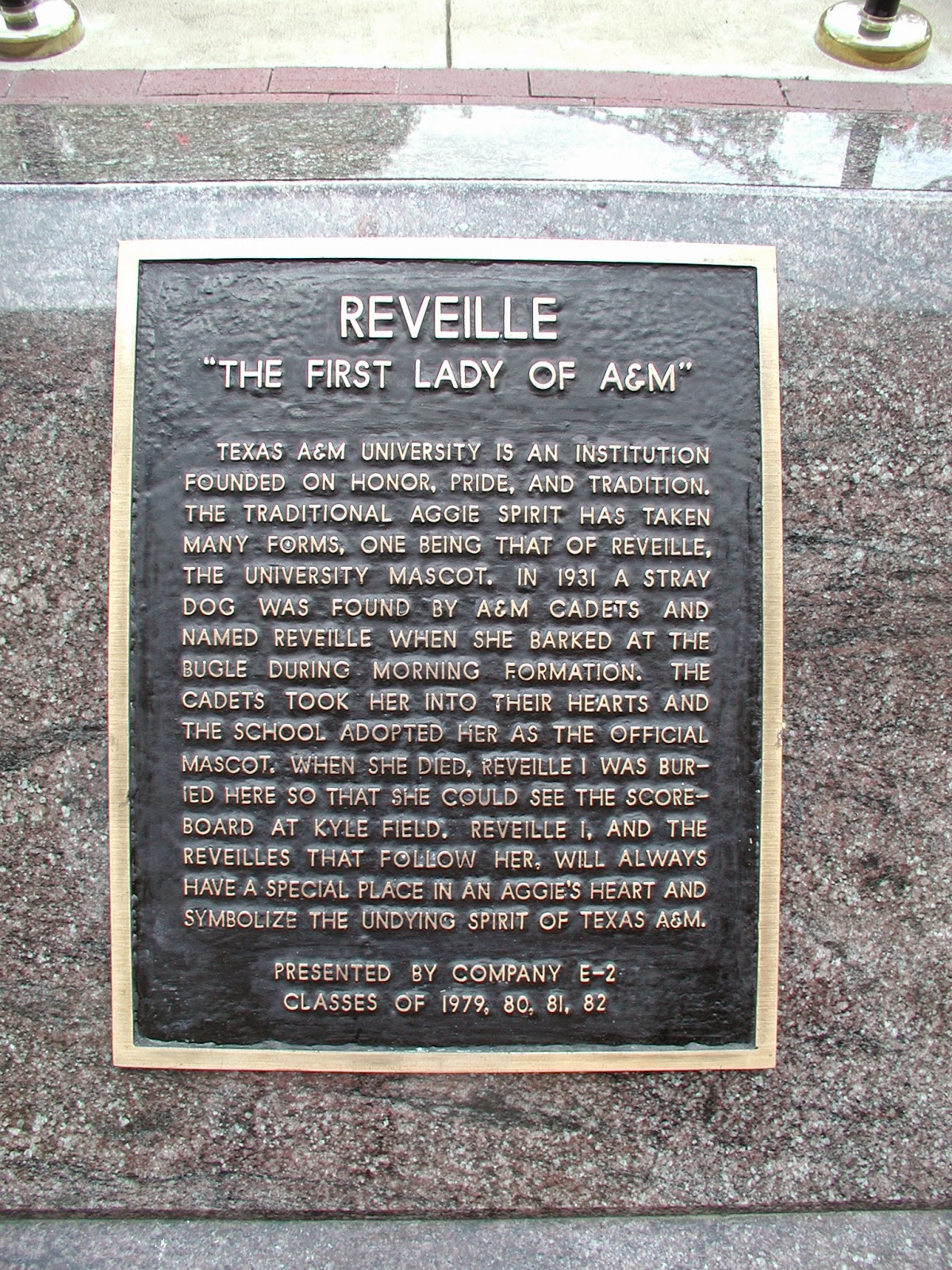 I'm grateful for the opportunity to have met the current Reveille - eighth in the line of dogs having held the prestigious "First Lady of Aggieland" title - because she is set to retire this May after seven years of service to TAMU. Once she passes the torch to Reveille IX, Reveille VIII will spend the remainder of her days at the Stevenson Companion Animal Life-Care Center on the TAMU campus, where she can visit with the students and community members who have known and loved her since 2008.

You may already know, or you may recall from my first post about Reveille, that choosing a Border Collie to fill this important role (as if serving as the TAMU mascot and "First Lady of Aggieland" isn't a big enough deal, Reveille is also the highest-ranking member of the Corps of Cadets) goes far beyond picking out a pretty collie from a local shelter or humane society. Reveille VII - otherwise known as "the problem child" - had a few behavioral problems that created a need for candidates to be carefully screened and chosen not just on breed and gender, but on personality as well. Now Reveille must "have an upbeat personality, be at ease around crowds and like people, be calm around loud noises, and be positively motivated as well as not highly reactive".

The 12-person committee made up of veterinarians, administrators, faculty, staff, and students began by narrowing the large pool of applicants down to 10 purebred American Border Collies from rescue shelters and breeders in Texas, Minnesota, and Ohio. As the semester gets underway this week, committee veterinarians as well as TAMU alumni veterinarians living near the 10 candidates will visit and assess each of them to determine which should remain in consideration. The final two or three candidates will travel to TAMU to spend time on campus and interact with students. (Sounds oddly similar to the hiring process Tom went through when he applied for a faculty position at TAMU…)

The committee plans to officially select Reveille IX by midway through the spring semester so that she will have time to settle in, learn what is expected of her, and feel comfortable in her new role before her first official appearance at the Corps of Cadets Final Review in May. It will be at this event, which sounds like a rite of passage during which outgoing junior cadets step up into their new leadership roles as incoming senior cadets (I had trouble finding information about Final Review online), that Reveille VIII will hand the reigns off to Reveille IX.

Wouldn't you love to be a fly on the wall as the search committee discusses these dogs? "Dog 1 barks too frequently. Dog 2 isn't very photogenic. Dog 3 shakes hands like a dead fish. Dog 4 doesn't like to wear ponchos. Dog 5 doesn't get along with Lee Corso."

Ok, I kid. Kind of. In addition to discussing each dog's health, demeanor, and appearance, I imagine the search committee must also discuss this kind of detail, because it's these particulars that will likely determine which one of the final two or three candidates ends up leading the Corps of Cadets in just a few short months.

I don't know about you, but I can't wait to meet her.