1. My gal lost her first tooth this week. It looked almost detached on Saturday morning, but neither Will or Tom could pull it out without causing more pain than she was willing to endure. (Hallie has a pretty low tolerance for pain, so she freaked out every time either of them made contact with the tooth.) As the day went on she started to worry about the tooth just hanging there in her mouth, mostly because she knew that if the tooth didn't come out the Tooth Fairy wouldn't come, so she ramped up her efforts and finally pushed/pulled it out in the bathtub. 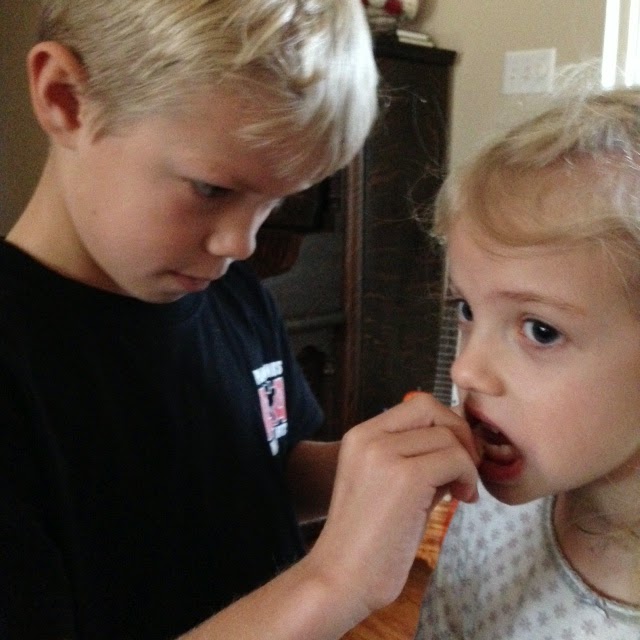 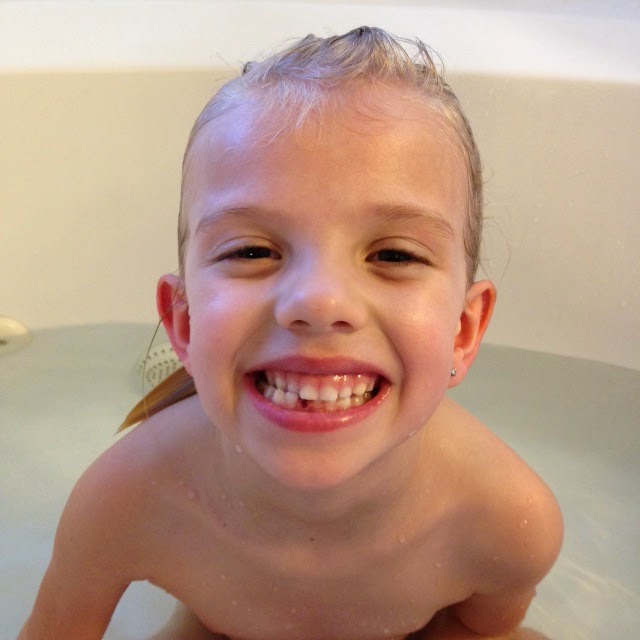 2. Hallie - my child who wears mittens when the temperature outside drops below 65 degrees - wishes so badly for snow that she created her own "blizzard" in her room. A year or so ago we hung little white cup hooks on her trees so that she could decorate them for holidays. Last week she spent one entire afternoon going back and forth between the "art center" in the playroom and her room, cutting out tiny snowflakes and hanging each one in just the right place. I LOVE watching her create. 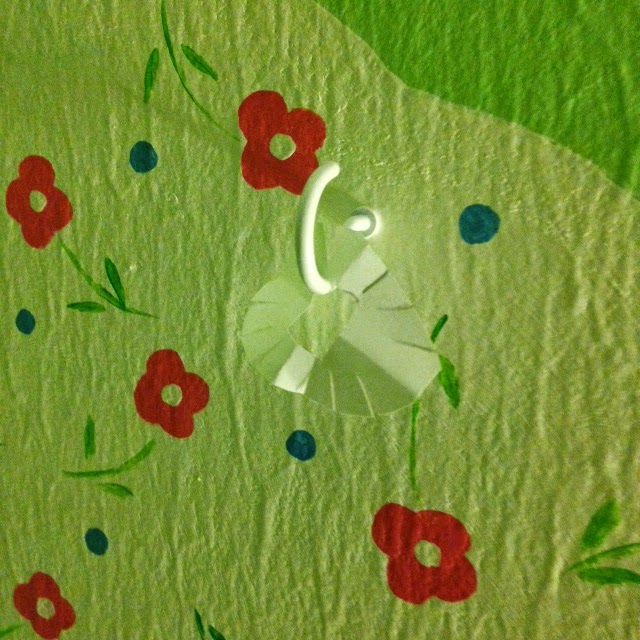 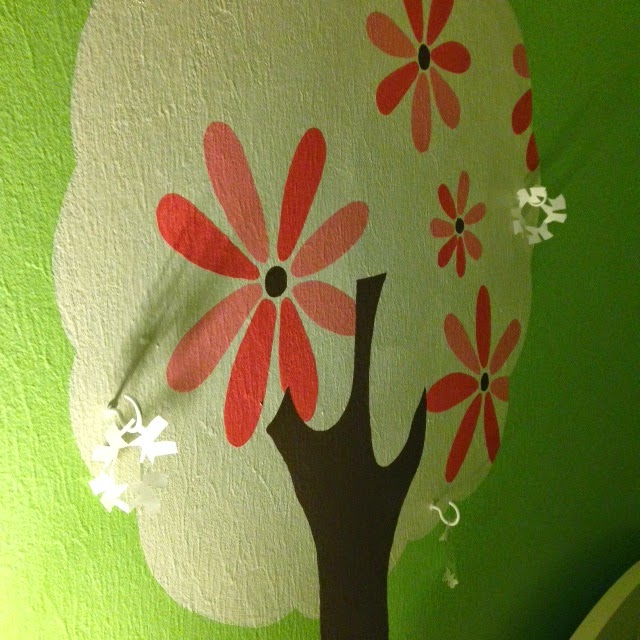 Also last week...my gal brought home from school a spaceship she "built" out of 18 pieces of paper and what must have been an entire roll of scotch tape. When she pulled her creation out of a paper grocery bag, laid it out - 3' by 8' (yes, FEET) - on the living room rug, and "climbed" inside, my first thought was, "you have the kindest and most accommodating kindergarten teacher in the world…"

3. Tom and I had plans for a date last Friday night, but when those plans fell through, we took Will out for a game of miniature golf, just the three of us. (Hallie attended a friend's birthday party that evening.) Spending an hour or so with Will on his own was beyond pleasant and peaceful. He and I had an in-depth conversation about standing up for friends in trouble (as well as when he is permitted - encouraged, even - to use his Tae Kwon Do skills) on the way to meet Tom, and then he talked up a storm about this, that, and the other throughout his evening as an only child. Will has a lot to say when his chatterbox of a sister isn't monopolizing the conversation...

Even though 75% of their time together is spent bickering, Will and Hallie love each other and, when push comes to shove, have each other's backs. I'm grateful for their sibling relationship, but I adore spending time with each one of them on their own.

4. Since last week's date night didn't work out, Tom and I are going out tonight instead. We're thinking about just taking a nap in our car…that qualifies as a date, right?