1. We bought a new television for our bedroom! Our previous television worked perfectly, but a rather extensive and complicated series of unfortunate (or fortunate, depending on how you look at the situation) events led us to relocate that television to the playroom and purchase a slightly larger replacement television for our bedroom. Both Tom and I appreciate the added inches that allow us to actually see the scores during football and basketball games.

2. Tux (our cat) is a genius. Earlier this week I caught him playing - with no prior instruction - Shut Box: he gathered both dice with his paw, picked up one of the dice in his mouth, "rolled" that die by dropping it back into the game board, and then flipped down two of the numbers with his nose. Granted, the numbers Tux flipped down didn't add up to the numbers on the dice (which is the point of the Shut Box, for those of you who aren't familiar with the game), but STILL. 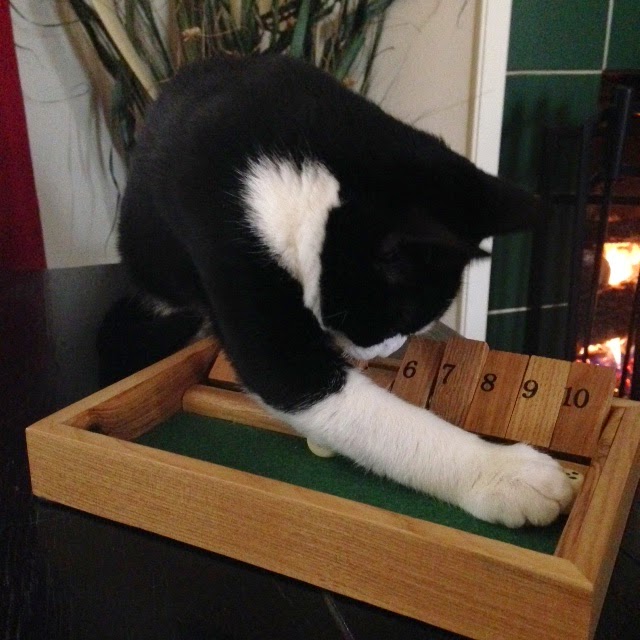 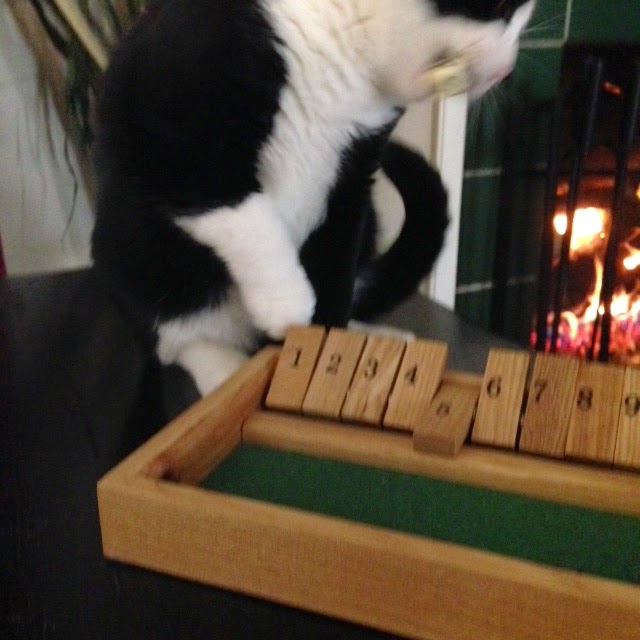 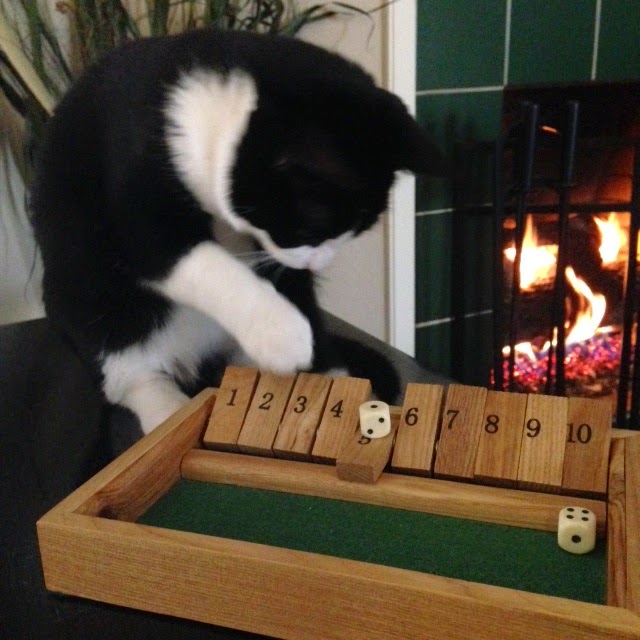 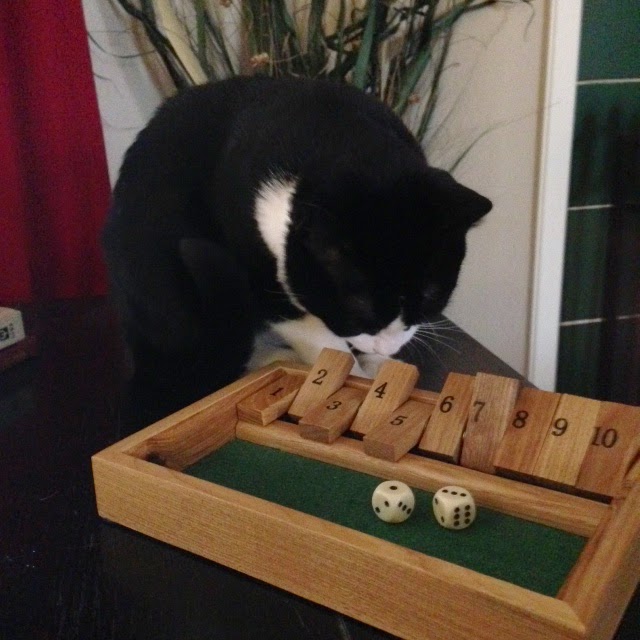 Unfortunately I had to hide Shut Box after I finished taking these pictures. While Tux was "rolling" the die I worried for a moment that he wouldn't be able to release it from his mouth…we don't need him choking on his favorite game.

3. We let Will and Hallie participate in (up to) two extracurricular activities at a time. Back in November when their soccer seasons wrapped, both kids started chomping at the bit to add the next sport/activity/lesson to the mix; Will wanted to take swimming lessons and play basketball, while Hallie wanted to take swimming lessons and gymnastics. I delayed registering either of them for anything because 1) December brings enough crazy of its own and 2) if I'm being honest with myself and you, I enjoyed having only two karate lessons and one dance lesson (on top of school and holiday activities) to worry about each week.

Once January rolled around Will and Hallie started asking - every six or seven minutes - about basketball/gymnastics/swimming. Because they agreed on swimming, we decided to go that route, and on Monday they started semi-private (just the two of them and an instructor) lessons at a local fitness facility. They fought with each other and failed to listen to instructions ALL DAY LONG, but when their lesson began they turned into angelic mermaids. (Would Will be a merman? I'll have to ask Hallie.) They did BEAUTIFULLY, and I saw actual improvement in both of their strokes and Hallie's confidence by the end of just 30 minutes. High five! 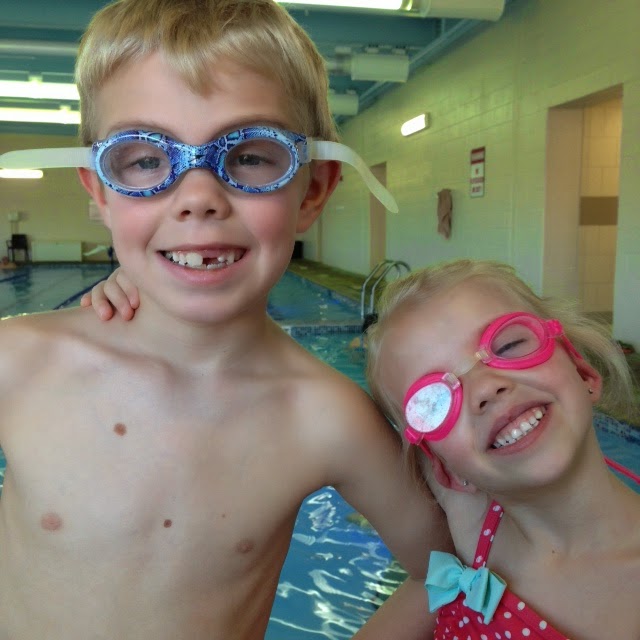 4. I took on another Red Cross social media responsibility, and thus far it seems that this responsibility won't take the kind of time I'd additionally thought it would. High fives on both accounts!