hiraeth
(n.) a homesickness for a home to which you cannot return, a home which maybe never was; the nostalgia, the yearning, the grief for the lost places of your past

Homesickness has followed me like my shadow - stealthily and often invisible, but able to appear without warning should conditions shift in its favor - for nearly all of my 36 years. I struggled at the beginning of each new school year, when my friends invited me to sleep over at their houses, and when my parents dropped me off at sleep-away camp. I fought leaving Madison to attend college (an internal fight between the homesick Erin I had always been and the independent Erin I wanted to be, not a fight between me and parents), and nearly lost my mind during those first few weeks away from home. I stumbled through the first weeks of a summer camp job, a move for my first real job, and another move for Tom to attend graduate school, and I even dealt with a short-lived bout of homesickness a few months after we arrived in College Station.

I discovered the word "hiraeth" and the definition above entirely by accident, but I knew immediately - thanks to the choir that suddenly appeared and began singing "Aaaah-lle-lu-jah! Allelujah! Allelujah!" - they were meant for me. "Of course", I said out loud to the Starbucks patrons working, reading, and socializing nearby. "It's not about the people and places." (I said that second part to myself, in my head. Folks at Starbucks just don't appreciate a good life realization.)

Don't get me wrong - I missed my family, my friends, my pets, my house. But if it had just been about the people and places, I could have rationalized my way through all that missing and more quickly recognized that each one still had a presence in my life, even if they weren't present on a daily basis. I could have picked myself up, dusted myself off, and gotten the hell on with my life instead of spending multiple hours a day crying on the phone with my mom, begging her to save me from my new life.

But as it turns out, my homesickness was about grief. Every time my people and places changed significantly enough for homesickness to set in, I was leaving behind a stage of life to which I would and could never return. I had to grieve each of those losses before I could move on.

I understand that the losses - the end of life's different stages - I'm writing about don't qualify as true Losses with a capital L. But that doesn't mean they didn't hurt.

I feel grateful to have figured all this out, or to have at least made some sense of my struggle with change, because life's stages are beginning and ending all around me these days. Hallie's reading books and losing teeth and discussing Martin Luther King Jr. Will's peeling carrots and wearing deodorant and buying girls flowers. And in less than two years the four of us will learn whether or not we can still call College Station home.

I may have to remind myself on occasion, but I know that when one stage of life draws to a close, another one opens wide.. I know I can grieve the loss of the past while living in the present. And I know that even though I can't go back, I can always go forward. 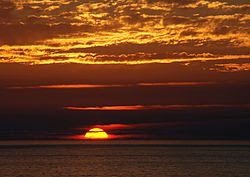