Back in November and in preparation for the winter wonderland that is Wisconsin at Christmas time, I had the kids try on all of their snow gear (heavy-duty, ski-caliber coats, snow pants, boots, hats, and mittens, none of which have they ever worn in Texas), purchased replacements for the pieces they'd outgrown, and organized everything - including Tom's and my snow gear - for our flight to my parents' house. We paid $50 to check that expertly-packed suitcase, knowing that the sledding, ice skating, and snow fort building in our near future would make the fee worth it.

Did it snow during our two week trip to Wisconsin? Nope. Not one single flake fell from Wisconsin's dreary skies. The kids were bitter. I was bitter.

An optimist might suggest that a lack of snow, while not ideal for celebrating Christmas in Wisconsin, could translate to increased opportunities to play outside. A pessimist might respond with "that's what you think, Suzy Sunshine".

Because snow had already fallen once in Wisconsin this year, when the temperatures climbed into the 40's - just a couple of days before our arrival - the snow melted, the ground thawed, and what were once hard, frozen surfaces turned to mud.

After a couple of warm, muddy days, the temperatures dropped back down into the lower 30's. The ground froze once again, and conditions would have been perfect for playing outdoors had we not all gotten the flu, colds, and/or ear infections. Nothing says "Merry Christmas" like the gift of nausea and vomiting.

Around the time our many illnesses finally passed and we felt ready to emerge from our cave of germs, the temperatures dropped into the single digits. Have you ever been outside in eight degrees with 20 MPH winds? Without proper attire, you can't feel your fingers and your lungs begin ache within seconds. Even with layers of winter wear, a minutes outside is all most people can stand. Even Will - who argued with me Every. Single. Time. I asked him to don his coat, hat, and/or mittens earlier in the trip - willingly bundled up the one evening we ventured out.

So many components come together to create the "feeling of Christmas". Christmas music fills in the air, stockings hang from the fireplace mantle, cards from family members and friends arrive in the mailbox, haphazardly-placed ornaments adorn a brightly lit tree surrounded by wrapped packages and gift bags, sweet-smelling cookies emerge batch after batch from a hard-working oven, beautifully illustrated children's books about faith and hope and "Jesus' birfday" and Santa Claus cover every coffee table and spill off the foots of the kids' beds. And outside, the ground is white.

I don't know if it was because I felt crummy, or because I was surrounded by people who felt as badly or worse than I did, or because the combination of illness and weather kept us cooped up inside and claustrophobia started to set in, but I had a harder time coping with the lack of snow this year. I had to continually remind myself - like the Grinch - that the feeling of Christmas is bigger than just one thing place or experience.

But oh, when snow first falls, clean and bright replacing brown and dirty, glistening in the sun and full of possibility…could there be a more glorious sight to wake up to on Christmas morning? 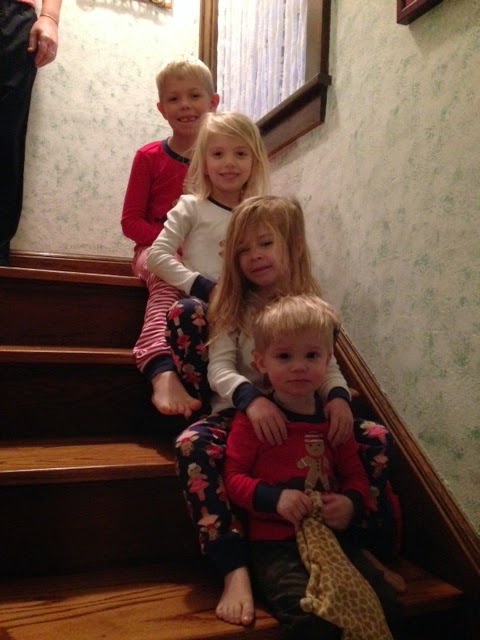 We left Wisconsin on January 1st.
It snowed the very next day. 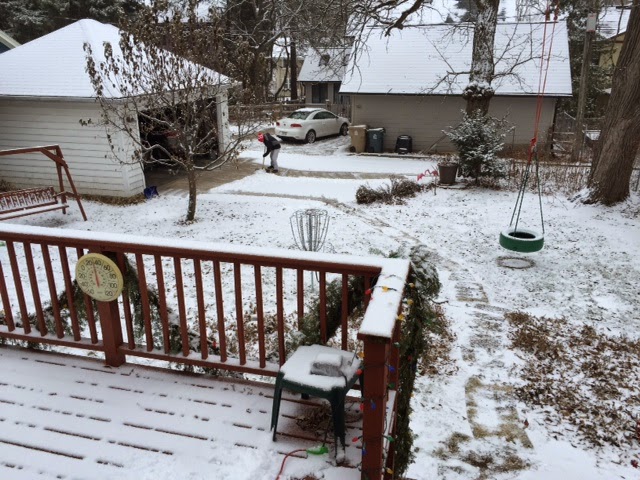