Going for the Gold at the Wedding Olympics

I mentioned a couple of weeks ago that I had plans to write a separate post about Jenna and Ferrell's Wedding Olympics, instead of including pictures from that evening in my High Five for Weddings post. The reason, you ask? Because while not without its fair share of bumps, the night was fantastic from start to finish and I thought I'd share how we pulled it off in case you ever want to host your own Wedding Olympics!

First, a little background on the Wedding Olympics. The families of the bride and groom had not previously met (though some siblings and members of the wedding party became acquainted while celebrating the Bachelor and Bachelorette parties), so instead of introducing families to one another for the first time during the more formal rehearsal and rehearsal dinner, we chose to bring everyone together the night before.

Second, the details on how we turned that plan into the best night ever!

A casual environment.
Invitations were informal. Guests were encouraged to "come as you are". The environment felt relaxed and casual, so within minutes of arriving, strangers became family. And because the evening revolved around (a wide variety of) games and (mostly) friendly competition, everyone found something that interested them and other guests with whom they shared interests and talents.

An assortment of games.
Not everyone enjoys athletic competitions, so we offered guests a wide variety of activities - both physical and mental - in which to participate. We set up Corn Hole, Ladder Golf, Beer (or soda) Pong, Spoons, Jenga, and a piñata. Because nothing says "Olympics" like a piñata... 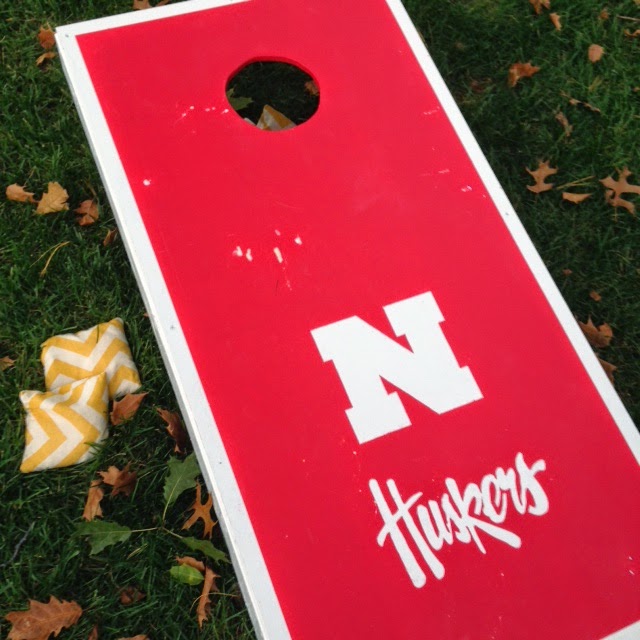 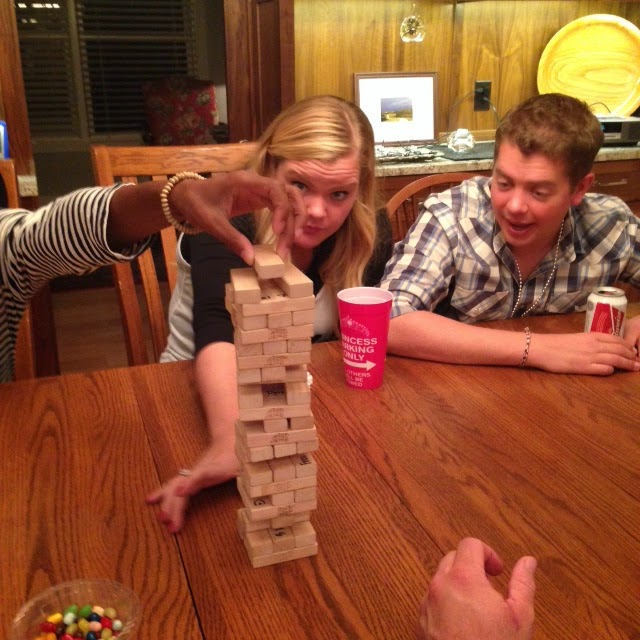 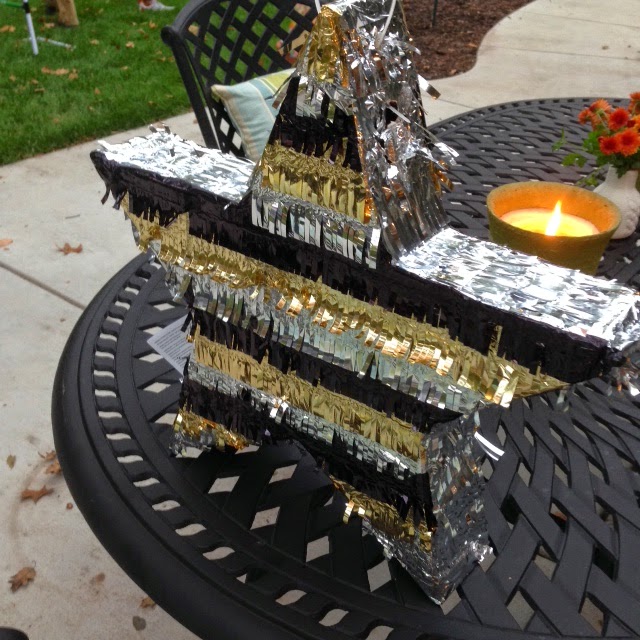 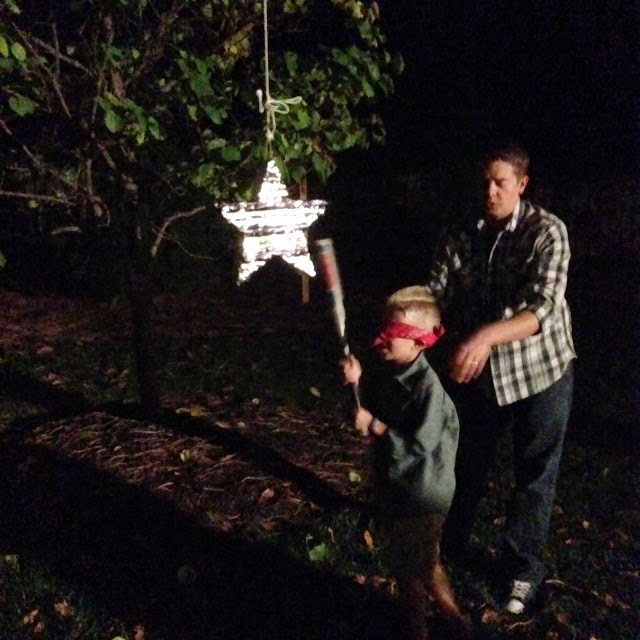 We also organized a fun "How Well Do You Know the Bride/Groom" competition in which nearly everyone participated. I bought the game itself from GrayPaperie on Etsy, and found the adorable photo easels (which I used to "dress up" and personalize the game and then gave as a gift to the bride and groom) on Treat, a new greeting card website by Shutterfly Inc. 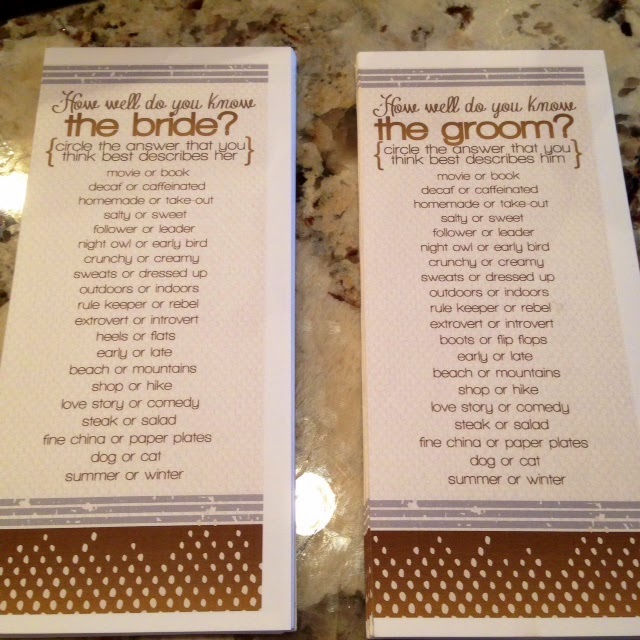 A few fun favors.
The two winners of the "How Well Do You Know the Bride/Groom" game took home gift cards from Chipotle, those who helped break the piñata pocketed candy treats, and everyone chose and took home a fun souvenir cup.

I also had a few medals on hand for the little kids...and for the big kids who needed to feel like they too were winners. 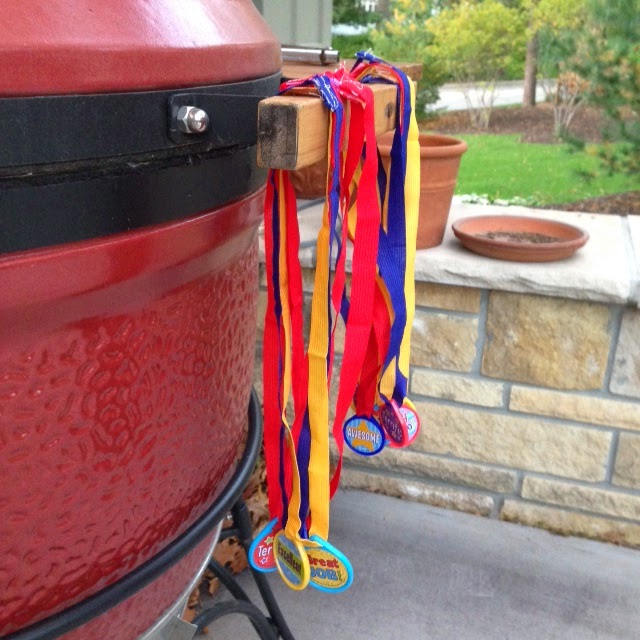 Self-service food.
Part of keeping party casual came from letting folks play the games they wanted to play, when they wanted to play them. And because no one wants to walk away during a winning streak or in the middle of a heated match, it worked really well to offer self-serve food that could be eaten whenever guests took a break from the action.

And finally, relax, have fun, and go for the gold!

I did not receive any compensation or discounted product from GrayPaperie or Treat in exchange for referencing them in this post. I did, however, enjoy their products and thought you might as well!
Posted by Chasing Roots at 4:00 AM