1. Both Will and Hallie wrapped up their soccer seasons this week, Will with a victory in his final game and Hallie with a scrimmage during which she touched the ball at least five times. The most significant victory for Hallie, however, was not that she kicked the ball but that when she took a ball in the face during the scrimmage she (cried first but eventually pulled herself together and) KEPT PLAYING. I couldn't believe it myself, but boy, was I proud.

Hallie's soccer program provides parents with the opportunity to purchase a trophy for their child. I don't particularly like participation trophies, especially when the participant (AKA Hallie) doesn't always do so willingly, so I came up with and offered Hallie an alternative just prior to the season getting underway. I told her that I would buy her a trophy, OR, at the end of the season if I felt she had tried her hardest at every single soccer practice, I would give her $10 and take her to Target to pick out whatever toy she wanted. She surprised me by picking the $10 option, and surprised me even more when she willingly participated - I only had to remind her of our deal twice, and one of those times was after the ball hit her in the face during the scrimmage - throughout the entire season. Again, so proud.

2. On a related note, on Sunday afternoon we went to Target so Hallie could spend her $10. She picked out this mermaid that actually swims - well, more like spastically shoots back and forth like a teal-tipped torpedo - in the bathtub. 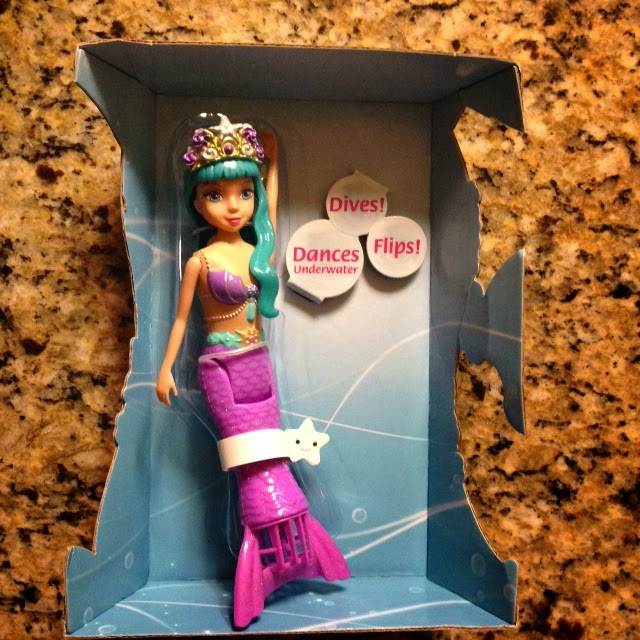 The directions warned against using the mermaid near hair. 12 seconds later, we learned why the directions included this warning. 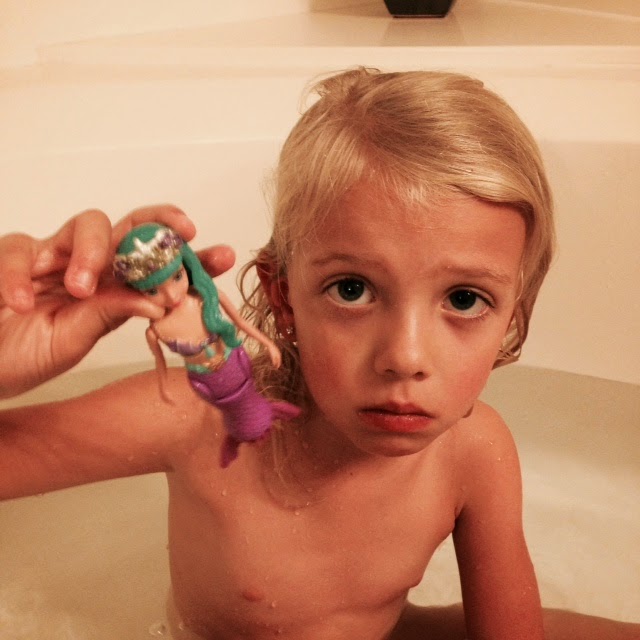 High five for successfully getting Hallie's hair out of the mermaid's hidden propeller, and high five that the mermaid still works after its temporary technical difficulties!

3. Tom, the kids, and all of the kids' friends have fallen head over heels in love with Tux. This is because none of them have to clean up his messes, or his poop, when it ends up in the laundry basket, the sink, the bathtub, or the trashcan. 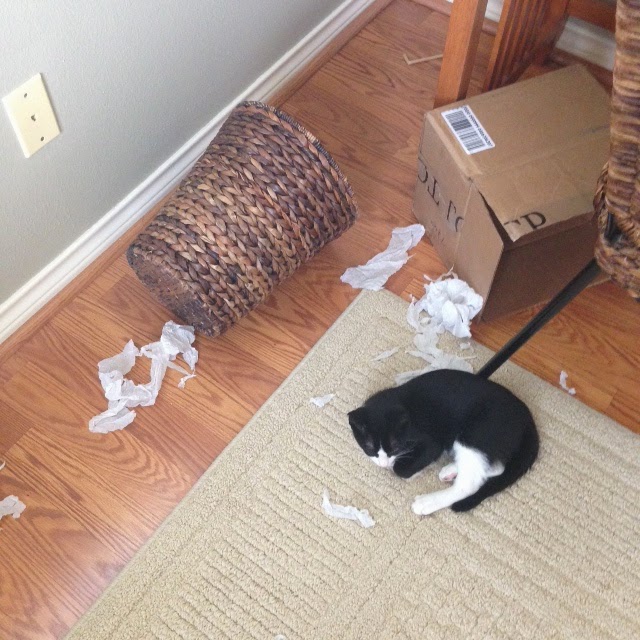 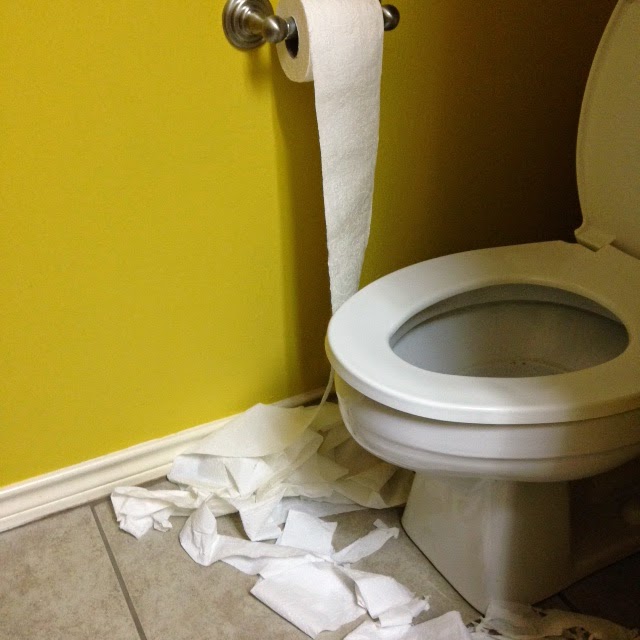 4. On a Girl Scout camping trip many, many years ago, my little sister - probably five years old at the time - spent close to an hour collecting acorns and storing them in her pockets. Later that afternoon, our troop went for a hike through the woods. Midway across a boardwalk designed to keep hikers from sinking into a marshy swamp, Sara caught her toe and went sprawling belly-flop-style down onto the wooden slats. The impact forced the acorns to cut sharply into her skin, and as most five-year-old little girls do when in pain, Sara started screaming and crying. She also started pulling acorns from her pockets and violently throwing them into the woods, all the while shouting, "I HATE ACORNS! I HATE ALL THE ACORNS!"

I probably laughed at Sara that day (which wouldn't have helped my mom retrieve Sara from her acorn-induced rage), and none of us have ever really stopped gently poking fun at her dislike for acorns. Which is why, when the kids and I found a slew of acorns at the park near our house, I asked Will fill up his pockets for a photo opportunity. I sent Sara this picture with the text, "Pockets full of acorns…I've warned him about the risks". 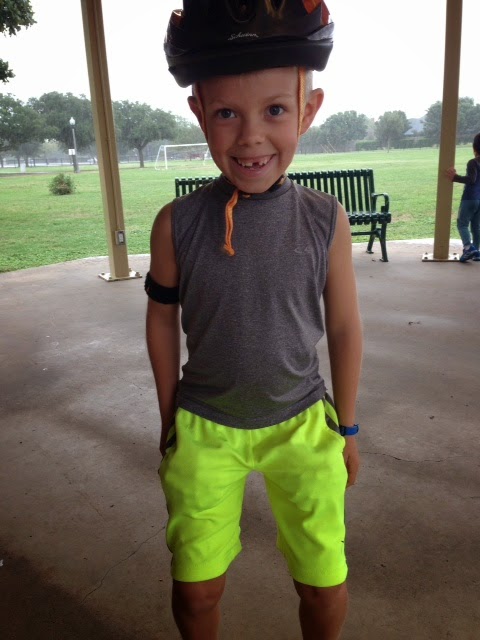 I can only assume that upon receiving my text message Sara panicked and deleted the picture...because she never responded.