First, please accept my sincerest thanks for your overwhelming support after last Monday's post - "Deep Breaths, Deep Breaths" - about my experience at Hallie's dance recital rehearsal.

On that day I knew, as soon as my heart stopped racing, that I would write about the encounter. I thought about that blog post throughout the entire rehearsal, and on the drive home my fingers tapped frantically on the steering wheel, trying out countless words and phrases and sentences to determine which would eventually find their way to the computer screen. The weight on my shoulders felt much lighter when I finished the post, but my heart skipped a beat or two when I hit "publish".

So thank you, again, for letting me share my troubles and for lifting me back up. Because of you, I was able to enjoy Hallie's actual dance recital this past Saturday afternoon.

Oh, my girl. She knows how to put me through the ringer, that one.

Midway through applying Hallie's make-up, I noticed tears in her eyes. Instinctually, I gasped and exclaimed, "OH NO! Please don't cry!" She, however, apparently heard, "Cry! You must cry!", and then tears - along with blue eye shadow, brown eyeliner, and black mascara - started rolling down her artificially rosy cheeks. Tom and I tried everything we could think of to make her laugh (or least slow the waterfall), but nothing worked. Hallie just needed a good cry and we reluctantly let her have it.

After I fixed up/finished her make-up, Hallie started putting on her tights. Again I saw tears in her eyes, but this time I encouraged her to "look up", one of our favorite tricks to avoid crying at weddings. Looking up worked until we pulled into the parking lot next to the auditorium. 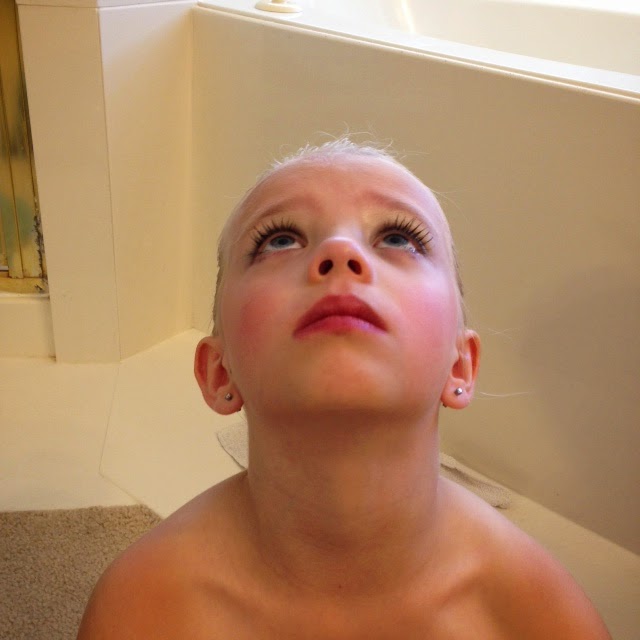 As Hallie climbed out of the car, she stopped dead in her tracks and stared at me, a panicked look on her face. "Oh my gosh, I'm gonna cry. I'm gonna cry. I can't stop it!" she confessed. Sure enough, huge crocodile tears spilled out. "I don't know what to do. I can't stop. It's too late. I've ruined my make-up", she sputtered. It broke my heart.

The best I can come up with is that the excitement of the day rose to an unhealthy level in her, and when she found herself emotionally overloaded, her only coping mechanism was to cry it all out.

Hallie cried for a full 10 minutes after leaving the car, until we were finally in the dressing room and I'd fixed her make-up, given her a butterfly kiss, and lovingly bribed her with "magic Tic Tacs". She smiled after one. She smiled even bigger after two. When I left Hallie in the dressing room with her teachers, I put the Tic Tacs where she could find them and told her that if she felt like she was about to get upset, she could have another one.

Those Tic Tacs must have worked their magic, because she nailed both of her dance routines. Thank. Goodness. 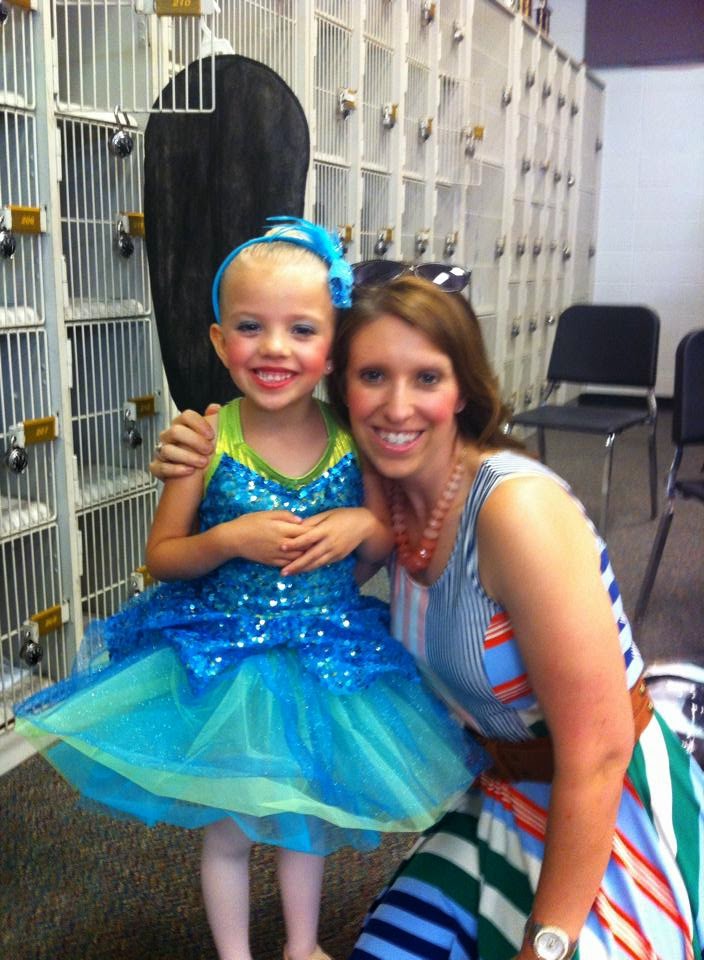 And after the recital, when I went back to the dressing room to pick Hallie up, she told me she'd needed "a couple" of Tic Tacs. You can imagine my surprise when I discovered that she'd actually eaten more than 40 of them. Whatever works, I guess…

The 2013-2014 dance season has come to an end, and while I'm grateful for the experience we had this year, I'm also grateful for the summer vacation coming our way. Hallie on the other hand, is already counting down the days until the 2014-2015 dance season begins because, in her words, "I love the stage".

A couple of "shout outs"… First, to Hallie's dance teacher, who heard about what happened at the rehearsal and apologized to me (even though she had nothing to do with it) after the recital. Her support meant a great deal to me. Second, to the "room moms" who stayed in the dressing room with and entertained the kiddos before and during the recital. Their job was not an easy one and did a fabulous job. 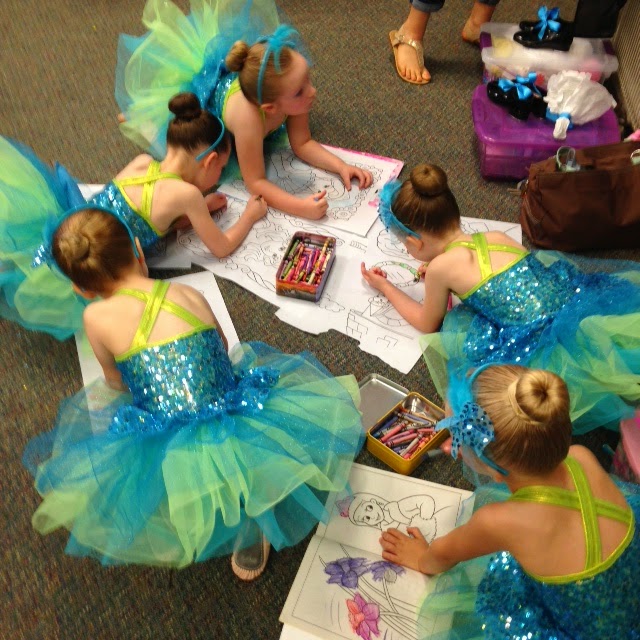 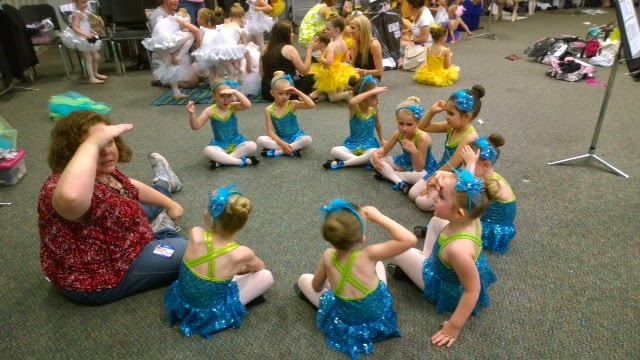