When we arrived in Texas the kids and I began the tradition of cooling off with a Dairy Queen treat on the first day the temperature reached 90 degrees.

This year, shortly after Dairy Queen commercials began running regularly (in early February, because who doesn't love an Arctic Rush, Chiller, or Blizzard in the dead of WINTER), Will and Hallie began checking the weather regularly. Mother Nature teased them mercilessly throughout the end of March and much of April - the mercury would rise to 88 or 89 degrees for a couple of days in a row, and then drop back down into the 60s for the remainder of the week - but she finally gave in. 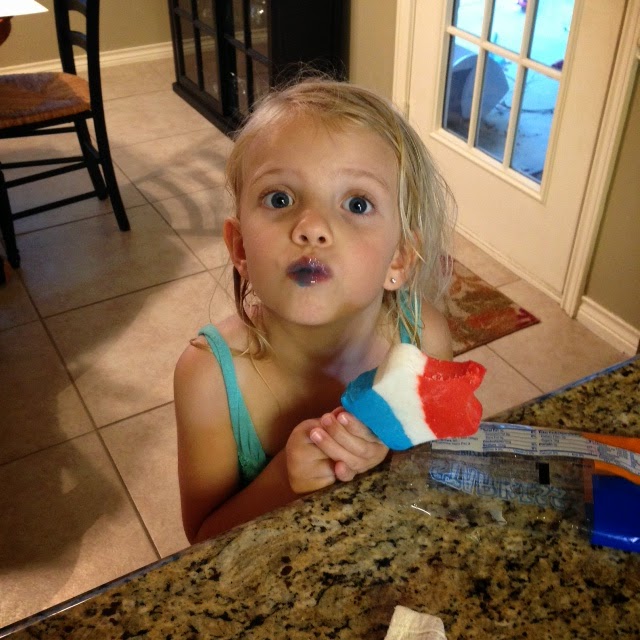 After devouring their Star Pops, the kids were sticky, still hot, and riding a massive sugar high, so I sent them outside to wash my car. They did a terrible job - Will scrubbed the entire vehicle but managed to remove absolutely no dirt, while Hallie focused all of her energy on one two-inch square of tire - but I couldn't have cared less because they worked played together and didn't fight at all for nearly 45 minutes. 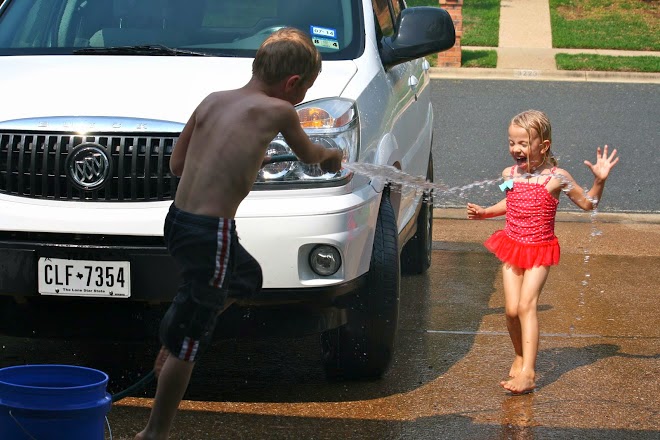 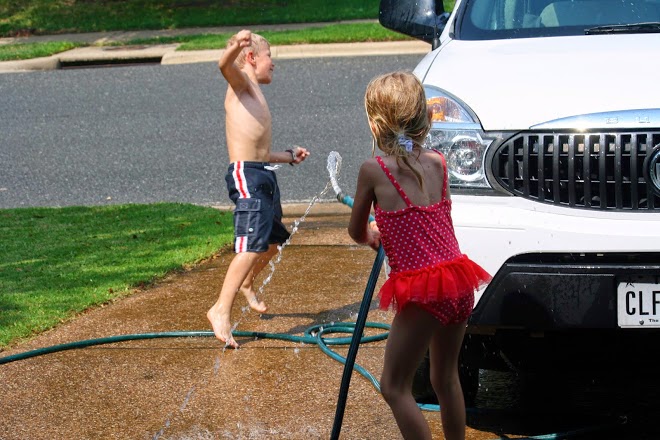 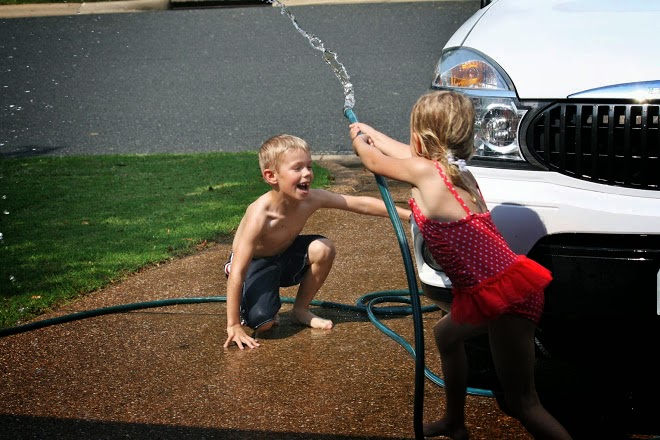 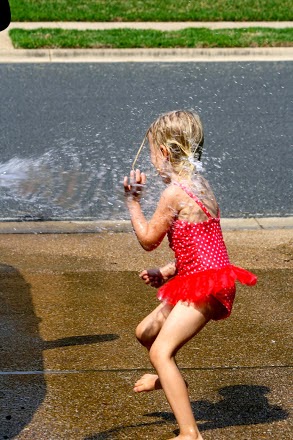 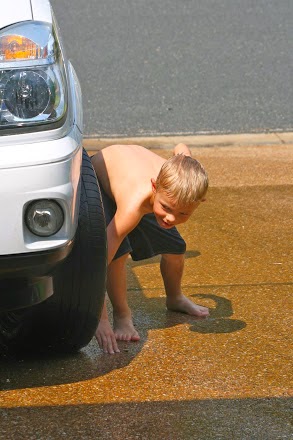 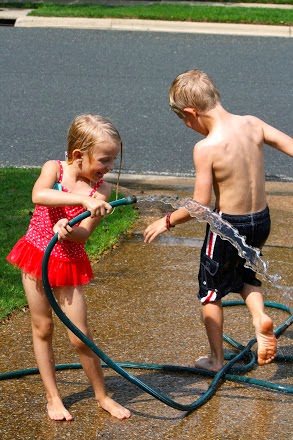 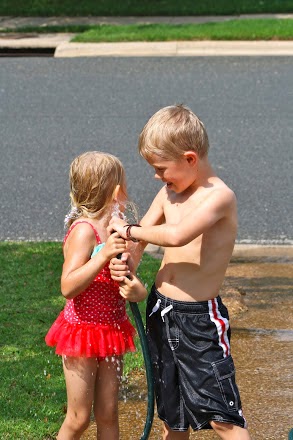 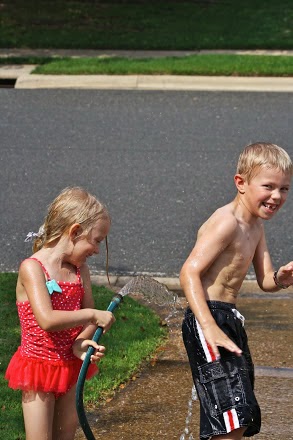 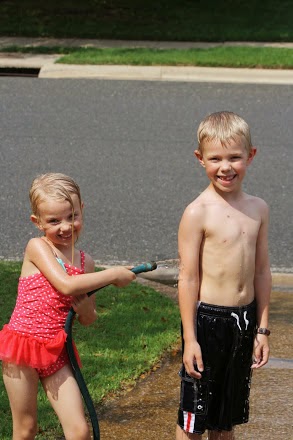 Now that's the kind of tradition I can get behind!

I just discovered, when I went back to my post about the first 90-degree day in 2013, that I actually made the kids wash my car on "Dairy Queen Day" last year as well. It seems the tradition has officially grown to include not just ice cream, but also dousing your sibling in ice water!
Posted by Chasing Roots at 6:00 AM