Grown Up Teenage Girls
I promise this is the last time I'll talk about One Direction and their hit song, What Makes You Beautiful. This parody is dedicated to all of my 30-something friends who may or may not be willing to admit a love for a television show, movie, book, actor, musician - anything or anyone, really - with a teenage girl target audience.


The Worst Kitchen in America: Nightmare on Pearl Street
One of my best friends is the proud owner of the worst kitchen in America (she described her kitchen this way first, so it's alright for me to describe it that way as well), and has entered this hideous room in the DIY Network's "Worst Kitchen in America" contest. If you have a minute or two, would you click here to add another "view" to their entry's tally? She and her family would greatly appreciate it!

A Very Difficult Subject
My cousin, Jen (I call her my cousin, because that's simpler than explaining that she's actually Tom's cousin's wife and therefore my cousin-in-law-in-law) is a fantastic reporter, graphic/website designer, and writer. Among her many projects, Jen writes a blog entitled "Dillettantrum: Skipping through the winter of your discontent", which I read regularly and encourage you to check out - she's smart and funny and speaks a language I (and probably most of you who read my blog would) understand.

I bring Jen up because of a post she wrote last week, a post in which she explained how she addressed her five-year-old son, Elliot's, questions about equal rights and discrimination. Will and I have discussed these issues in the past, but I'd love to go back and have with Will the same conversation Jen had with Elliot. Her answers and explanations were perfect - she knew exactly when to push Elliot as well as when to redirect his train of thought. I've bookmarked this post and I plan to read through it periodically so that when Will asks again and Hallie asks for the first time about these challenging topics, I can follow Jen's lead.

Red Cross: You're Never too Young to Learn Something New
I'll be the first to admit that Will has spent too much time playing games - Cut the Rope, Angry Birds, and Fruit Ninja are his favorites - on my phone this summer. It's been tough to keep the kids entertained on all of our long drives and airplane flights, so I often let him play while we're traveling. We're also in this weird place where Will doesn't nap, and Hallie sometimes naps, and I need a brief window of kid-free quiet time every afternoon regardless of whether or not kids are sleeping, and the phone comes in handy when I need Will to settle down. I used to feel a little guilty about Will's time on the phone, but now that I know he's learning how to save a life I feel a heck of a lot better. 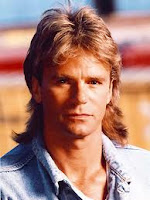 Red Cross: Are You Stocked?
We learned the importance of having a well-stocked first aid kit (as well as how a little creativity can go a long way) after Will's most recent injury. Check out what my sister and I MacGyvered for Will so that he could swimming just 35 minutes after splitting his fingers open!