Call Me, Maybe
I'm sure you've heard the song, seen the original video, and watched the many popular covers on YouTube (you can watch Will, Hallie, and Lily's version here), just as we have. You may not, however, have seen this version, which was recently posted to the National American Red Cross blog. I found it incredibly entertaining and - though I'm not sure why - kind of heart-warming.


And as a huge fan of the Big 10 Conference, I enjoyed this one as well.


Nose Ring
My brother-in-law found the ring attached to the side of my mixing bowl incredibly annoying, so he removed it and wore it in his nose for the next 30 minutes. "When in Texas", he said. I think I see a resemblance. 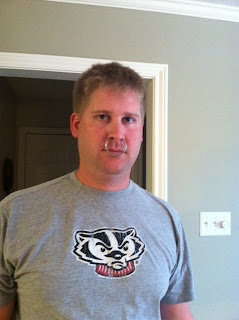 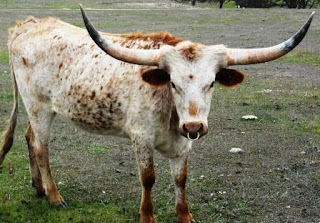 Babies on a Plane
I fly fairly frequently, both on my own and with my children, and throughout the years I've been on both sides of the aisle, so to speak, when it comes to children as airplane travelers. As such, I can say with 100% certainty that it is exponentially worse to be the sweating, stressing parent of the tantruming three-year-old than it is to be the traveling-solo adult seated in the row in front of the tantruming three-year-old. Parents, am I right?

Recently I've seen quite a few articles written by authors who believe children and their families should be segregated from the rest of the adults on airplanes, or worse, that children shouldn't be allowed to fly at all. Though I understand how frustrating
having your seat kicked or being unable to hear yourself think over the screaming can be, I can't quite wrap my head around these suggestions. Neither can Devon Corneal, and I'm so grateful she was willing to share her commentary with all of us parents who have struggled (suffered?) through the ups and downs that accompany flying with our kids.

MomsEveryday: Farm Boy
MomsEveryday ran Farm Boy, about Will and Hallie's first trip to Grandma and Grandpa's temporary home on a Nebraska farm, this week. Check it out here if you missed it the first time around!
Posted by Chasing Roots at 6:00 AM