Last weekend we walked downtown (I LOVE that we can WALK downtown here in Madison) to have breakfast and do a little shopping at the Farmers Market. At one point Hallie had to go to the bathroom, so we ventured into the Capitol - around which the Farmers Market is set up - to find a restroom. As we came out of the Capitol, we stumbled upon a young man proposing to his girlfriend on the Capitol steps. It was incredibly sweet, and judging by the kissing that followed the young man's question, we believe she said "yes".

It appeared as though the man had hired/brought along a photographer/friend who would discretely follow the couple around so to be there and then capture the proposal as it took place. The odd thing - in my opinion - was that the photographer was using a really crappy point-and-shoot camera, a camera that, when the couple wanted to take a picture like this: 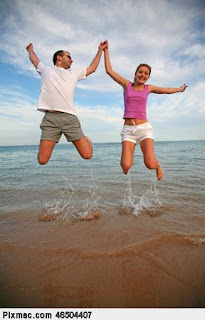 I, however, had my really good camera with me, and knew that it was capable of capturing the exact photo they were looking for. So after watching them try to capture this photo for like five straight minutes, I walked up to the couple and asked them if they'd like me to take the picture and then email it to them.

The man literally looked me up and down (for the record, I didn't look fantastic, as we'd walked to the Farmers Market and it was 100 degrees outside, but I certainly didn't look terrible either), and then informed me that they "had it covered". I was shocked at how rude this man was to me. And while I can understand that he might have felt like I was intruding on their "moment", I only approached them - kindly and with an offer to assist them in creating a memory of their special day - after I watched them struggle for quite a period of time.

It didn't leave a very good taste in my mouth.