I'm so excited to have had my first article in a local (local to me - I've had publications in other local publications elsewhere in the United States) magazine! Check out August's issue of Insite Brazos Valley Magazine for my piece, Teamwork Makes the Dream Work about how parents can help teachers - and their own students, by default - succeed throughout this coming school year. 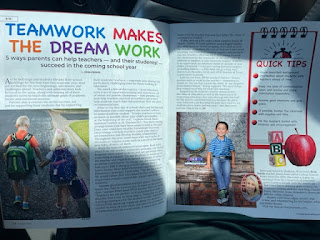 Thank you to Brook, Robyn, Rebecca, Kara, and Natalie, all of whom helped me make it happen with quotes and pictures!

When I picked up That Summer by Jennifer Weiner, I wasn't prepared for the story I discovered between the covers. I almost always read books' synopses, but I must have skipped it this time because where I was expecting an easy beach read, I instead found something much darker, more mysterious, and more captivating. I definitely recommend this one - it would be great choice to fall into as summer comes to an end! 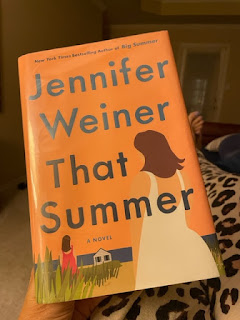 I mentioned Sharon McMahon and her Sharon Says So instagram back in April's Monthly Medley post. I knew she had a podcast as well, but I hadn't yet listened to any of her episodes because regardless of how great the podcaster or the content, listening to history, government, and/or politics for an extended period of time sometimes starts to sound like mush to me. However, after multiple people recommended her series called Momentum: Civil Rights in the 1950s, I knew I had to give the podcast a try. Both fascinating and heartbreaking, Momentum is about "the ripples made by ordinary people" and comes - from me and others - highly recommended both from an educational perspective and an entertainment perspective. (I wouldn't necessarily call it entertaining in a pleasant way, but it's definitely interesting and it will keep your attention.) 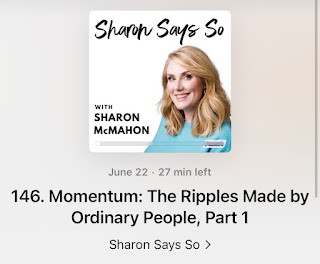 I bought this dress in both maroon and navy blue, and I love it both as a swimsuit cover-up and/or as a casual dress option. There aren't many sizes left, but I thought I'd share anyway, as Old Navy on occasion adds more sizes or stock. 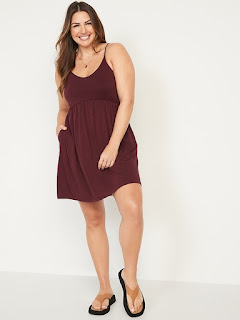 I also purchased two new pairs of athletic shoes because #feetproblems. I like the pairs I currently have and regularly wear, but I need to switch up my shoes every couple of days to keep my feet healthy. First up, the Brooks Launch 8 Running Shoe in gray/pink, and second in the cart, the New Balance Fresh Foam 680 V7 Running Shoe in white/gray. Both are incredibly comfortable, and Will even told me the second pair was cool!

We've been experimenting with cat dishes, toys, trees, beds, etc. to find out what Plié and Popeye like best. I've definitely purchased a few duds, but this window perch hammock has been a HUGE success. Both kittens love it, so much so that I'm considering a second one so we have two side by side in the office windows. 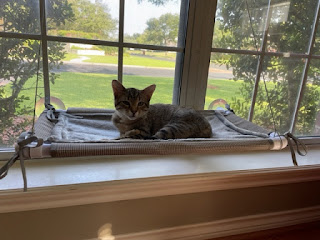 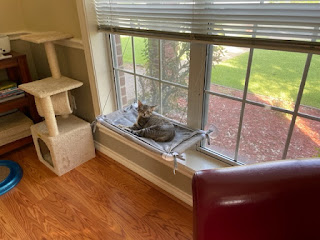 I updated my desktop file folders (these are the folders I use daily so they stay easily accessible...and wear out after a couple of years) with this set from Amazon. They're actually fairly sturdy, and they look pretty too! 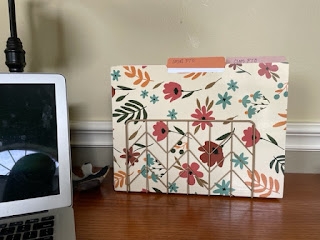 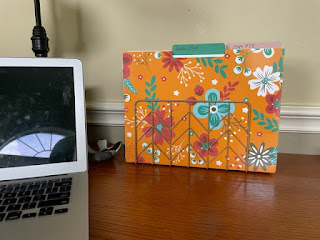 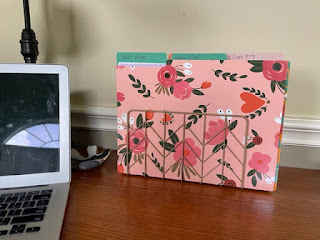 The only new recipe I tried this month was a good one! We made this Slow Cooker Chicken Parmesan Pasta, and with a few adjustments, it went over well with everyone. First, I didn't measure any of the spices and I suspect I used close to twice as much of each as the recipe called for. Second, I also added a couple of teaspoons of garlic powder, because I think garlic belongs in all Italian dishes. And third, I only put cheese on half of the dish because (insert eye roll here) Hallie still won't eat cheese. This recipe makes A LOT, which I appreciated because we were able to eat leftovers for another dinner later in the week.

Farewell, August...welcome, September! (Fall is near!)