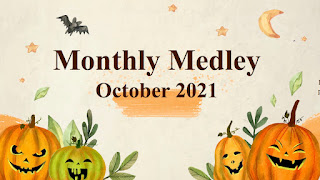 I didn't quite make it through an entire book this month...but hopefully I will be able to report in on at least one of the two (three?) books I'm halfway through in next month's post!

When my mom came to visit, she brought with her the 2005 remake of King Kong. She and my dad are taking Hallie to NYC in March for her 13th birthday, and my mom thought it might be fun for her to see the NYC scenes, especially the one that takes place atop the Empire State Building. Neither Hallie nor I were overly excited when the movie started, but within about 10 minutes we were hooked and we both stayed incredibly engaged for the remaining 177 minutes. (King Kong is a LONG movie.) There were a few scary parts during which Hallie covered her eyes, there were a few gross parts during which I covered my eyes, and Hallie shed quite a few tears over how the humans treated Kong, but in the end we loved the movie. I realize we're a good 15 years late to this party, but if you haven't seen King Kong, I highly recommend it. On the recommendation of Kate at The Small Things Blog, I started listening to season one of the podcast Gangster Capitalism. Shortly thereafter, I finished season one...and season two...and season three of Gangster Capitalism, because just like you can't put a good book down, I couldn't turn this great podcast off. Season one focuses on the college admissions scandal, season two deals with the National Rifle Association, and season three addresses Jerry Falwell Jr. and Liberty University, and each investigative report uncovers more controversy, greed, hypocrisy, scandal, and criminal behavior than the previous one. I desperately hope this podcast continues for a season four! 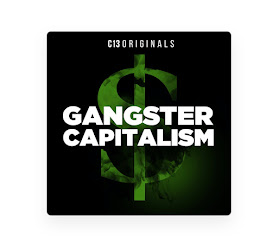 AllSides (@allsidesnow), which tries to "strengthen our democratic society with balanced news, diverse perspectives, and real conversation", has been an interesting follow these last few weeks. This page shares information and ideas in a way that highlights how different sides of the political spectrum see - and publicize - each issue, with the hope of helping people better understand the world, each other, and their own bias. Here's an example: 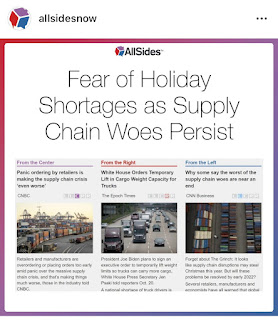 I admit that I don't have time to read every article linked, but I do read all of the headlines and try to understand why they're different, how I'd feel if I only read one of them in a newspaper or online, and how to balance the sway from one side with the sway from the other. It's an incredibly interesting process!

We owned one of these shower speakers years ago (I think we lost it in a move), but I'd completely forgotten about it until recently, when it came across one of my social media feeds. I personally don't need or want a shower speaker (the shower is one of the only places I get to go that's quiet :)), but it's been a huge hit with the kids. I thought I'd share it here, as it would make a great stocking stuffer for tweens and teens! 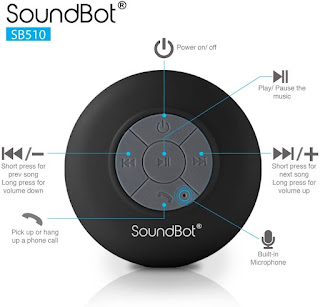 Neither pair of these shoes (below) are new. I bought the yellow pair right around the time we all stopped going places, so I really didn't wear them much. I bought the camel pair more recently, and now that we're going places again - sometimes even to places that require attire other than jeans, a t-shirt, and flip flops - I've started wearing both pairs regularly.

So while I've shared these shoes here before, I've decided to share them again because 1) they are the most comfortable pairs of shoes I own and 2) every single time I wear them I receive at least one compliment. Just tonight, someone stopped me as Will and I were leaving a sports psychology seminar to tell me how much she liked them. And the compliments come from not just people my age; I've also had both college students and high school students tell me the shoes are cute, so I feel pretty fabulous when I have them on. I hope you can find yourself some shoes that make you feel fabulous...even better if they're comfortable, because comfortable shoes are the "dresses with pockets" of footwear. 😉 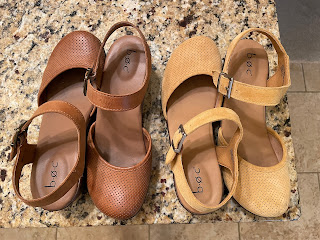 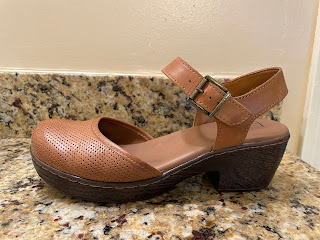 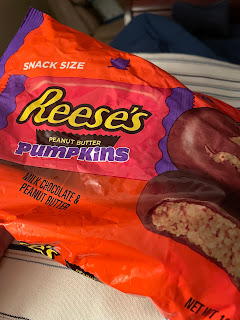 Tom was traveling for most of the month, and when he's not home, I don't try very many new recipes. (I count on him to finish any leftovers if we don't love the meal.) Hopefully I'll be back in the kitchen - at least to try out a few new dessert recipes - in November!

Hope you had a fantastic October, friends!