May the (Disc Golf) Course Be With You

Tom started taking Will disc golfing when he was just five or six months old, mostly as a way to give me a short break from parenting an infant. Tom would bundle Will up (Michigan is still chilly in March and April), strap him into our jogging stroller, hand him a tiny disc of his own, and start out on the course. 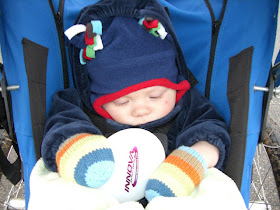 That first spring/summer/fall, Will would fall asleep and nap throughout most of the 18 holes. But as he got older, Will started to get grumpy - usually around hole four or five - and Tom had to let him out to toddle around and then eventually to throw discs of his own. 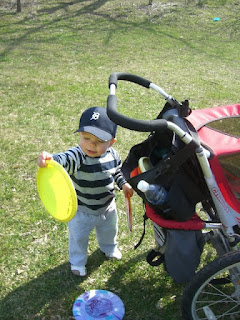 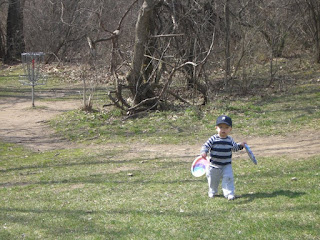 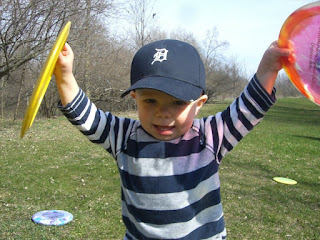 Tom spent nearly a month in Michigan back in October, and he used one of his weekends to visit some of his favorite disc golf courses in the area. While he was there, Tom could remember some of Will's most memorable moments on the course so he took pictures of those spots and then found the old photos to match.

Hiding from Dad because he didn't want to play anymore. 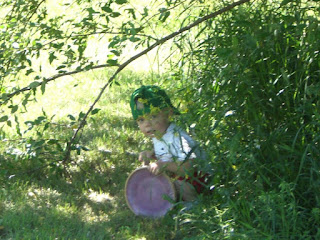 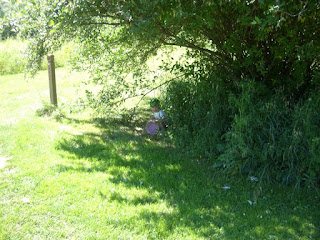 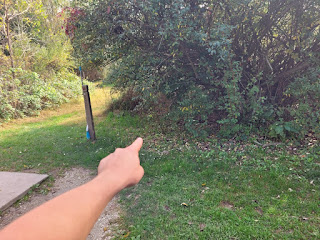 Trying to throw it long...he was lucky if it went in the correct direction. 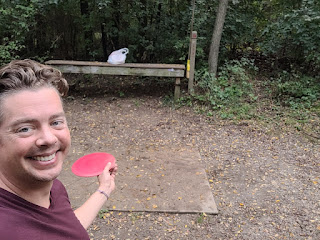 Will played a lot with Tom when he was little, took a few years off as a tween, and has recently found the sport again. And now he's GOOD, which is pretty cool for Tom, given where they started 15 years ago. I hope my boys continue to share this passion for decades to come. 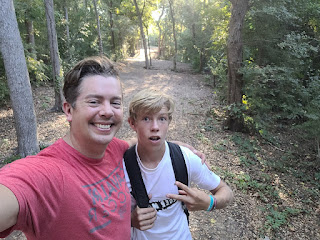 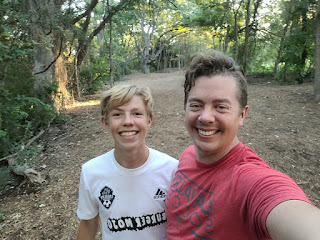 As you can see, they frequently play before or after Will's Cavalry soccer games in Houston and Austin, since those cities have the best courses.