Throughout the last seven or eight summers we have tried multiple variations of summer bucket lists, activity calendars, school fun guides, screen time guides, chore charts, and job jars. One summer we even implemented - and failed colossally at - a Pinterest-inspired and three-pronged "jars of gold" system.

Eventually I opted out of summer bucket lists because they made me feel stressed and anxious. I tossed activity calendars because they didn't always coordinate well with our other plans for the day. I trashed school fun guides because the kids' frustration outweighed their academic progress. And I did away with chore charts and job jars because I couldn't consistently sync the jobs on the chart or in the jar with the jobs that actually needed tackling around the house.

With each passing year our "systems" became less and less complicated and restrictive, which makes sense given my kids' ages. But I still wanted a way to document our summer so that when the first day of school rolled around we could look back on the previous three months and appreciate the fun we'd had. So last summer I borrowed an idea from Emily Ley (the founder of the Emily Ley Simplified Planner and the Simplified brand): a summer memory list.

I could not love this plan more.

We hung June, July, and August summer memory lists on our refrigerator and stashed a collection of pretty markers (because pretty markers make everything more fun) nearby, and whenever we enjoyed a summer activity, we wrote it down on our list. At the end of August, we looked back at our summer memory lists and fondly reminisced, rather than looking back at our summer bucket list and worrying about all the opportunities on which we missed out.

Want to try this refreshingly simple approach to summer with me? Let's start making memories! 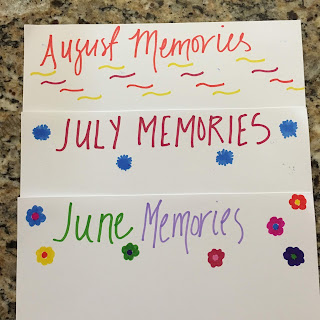 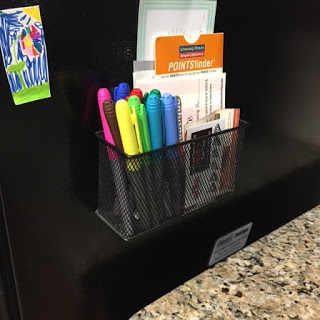