One
The end of last week rocked this kiddo's world! As I mentioned in Wednesday's post, Will passed his peanut challenge with flying colors, so to celebrate we went to Texas Roadhouse - where peanuts come with every meal and peanut shells cover the floor like carpet - for the very first time. I know the woman who owns our local restaurant, and when I told her we planned to visit she talked to her manager and had the staff show Will a little extra love. 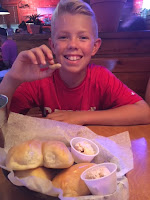 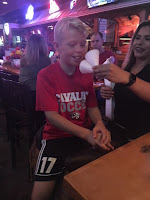 Also, I could live on Texas Roadhouse rolls.

24 hours after Will passed his peanut challenge we filled his mouth with metal. He was surprisingly relaxed - even excited - about getting braces, and he thoroughly enjoyed learning about the process and choosing his multi-colored (red, white, and blue) rubber bands. His mouth hurt for about 36 hours, but after that window he has had few complaints. Can't wait to see the progress Will's braces make on his pearly whites! 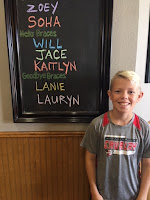 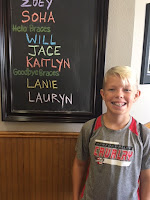 Two
There's a fine line between tired and exhausted...I think we found passed it: 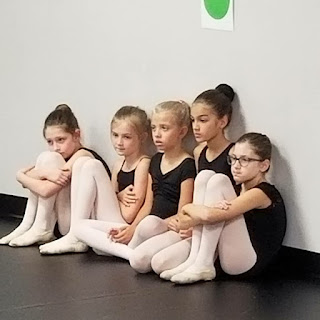 They look like they might keel over or fall asleep at any moment, but just seconds after this picture was taken these little bunheads showed off much of what they learned - including choreography from Swan Lake - at their week-long ballet intensive.


Three
If you've followed Chasing Roots for any length of time, you probably know that I dislike hot, sunny days on repeat and love it when Mother Nature sees fit to gift me with weather that actually changes. In particular, I like sudden snowstorms and swollen rain clouds that roll in slowly and then stay put until they've released every last drop. 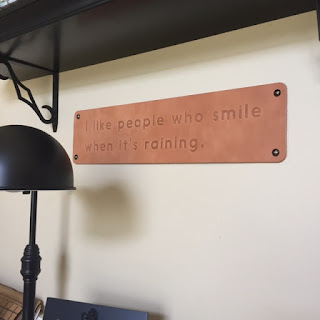 Last weekend it stormed - on both Saturday and Sunday - for the first time in what felt like forever, and while I know it sounds silly, the change in weather lifted my spirits, brought a smile to my face, and left me feeling rejuvenated.

Four
School may not start until next Monday, but Will's soccer club and Hallie's dance company officially kicked off practices/rehearsals this week. Our afternoons and evenings (at least some of them - I intentionally "protect" two afternoons and evenings a week) are about to become far busier and at times even chaotic, but we're all looking forward to the semester ahead of us. 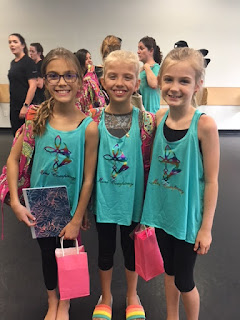 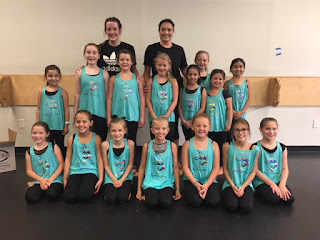 Five
Speaking of school, we survived "Back to School Night" week! I attended two and worked four back-to-school nights, so making it to the end of the week in one piece certainly deserves a high five. 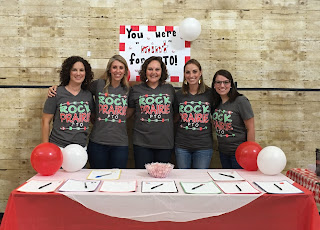 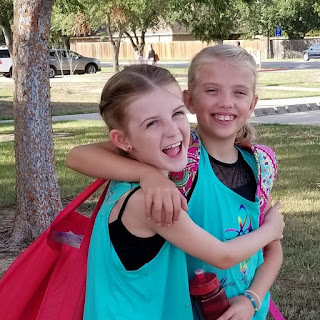