I am three months - or a quarter of the year - in, so the time has come for a quick evaluation and to set December's resolution. I considered "eat more Christmas cookies" but in the end decided that resolution might be counter-productive...

September's Resolution: turn off the light by 11:30pm on school nights and by 12:00am (midnight) on weekends. My goal was to get at least seven hours of sleep a night, and to settle into a peaceful schedule of falling asleep and waking up that would continue through the school year. The result? A complete success! Not one cheat day. On October 1st I stayed up a few minutes after 11:30pm just because I could, but after that day I went back to my 11:30pm and 12:00am bedtimes and now most morning I wake feeling well rested and refreshed.

October's Resolution: drink more water. My goal was to down at least two full water bottles every day. The result? A complete disaster! I probably met my goal only one day a week. I do a great job of drinking water during the summer, but for some reason my school year schedule doesn't have the same triggers as my summer schedule to remind me to drink water. I left water bottles on the counter and somehow walked right by them. I set reminders on my phone but if I wasn't standing right next to the sink when they went off, I would forget all about my water by the time I made it to the kitchen.

November's Resolution: write in my gratitude journal daily. My goal was to document at least one thing for which I was thankful every day between November 1st and November 23rd (Thanksgiving Day). The result? A moderate success! I missed a couple of days but realized fairly quickly I had done so; I remembered the days I had accidentally skipped with enough clarity to go back and update my gratitude journal.

December's Resolution: read to my kids every night. My goal is to sit on the side of their beds - or better yet, snuggle up next to them - and either read to them or let them read to me. Christmas stories, chapter books, magazine articles, poems, even the "birds and the bees" book Will and I are currently cruising through together. We read now, but not as regularly we once did or as often as we should. It's time to bring bedtime stories back. 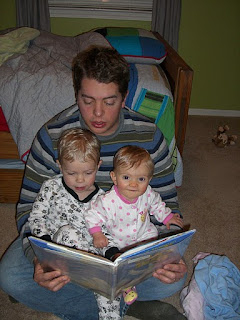 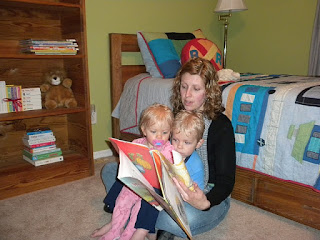 If you start today, you'll have either one month-long resolution under your belt or a 30-ish day head start on your 2018 resolutions. What are you waiting for?
Posted by Chasing Roots at 5:00 AM