Over the first weekend of spring break we filled a number of the beds in our backyard with egg rock. At one point these beds overflowed with wood chips, but because of the backyard's (faulty) drainage system, these wood chips washed away with the rain year after year after year. We grew tired of cleaning up the old wood chips at the "bottom" of their flow path and filling the beds with new wood chips, so we decided to try the more erosion-resistant egg rock. 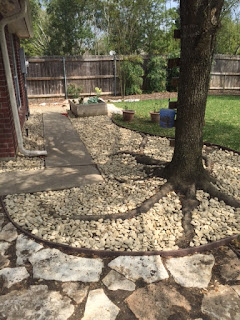 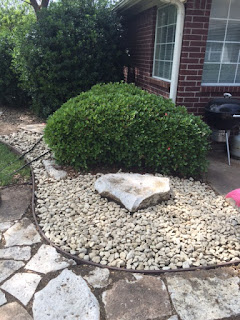 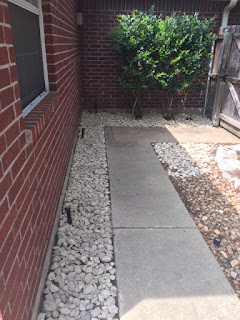 The beds look great now, but it actually took us a year to pull the trigger. Between last spring when the wood chips washed away and last weekend, when we finally laid the stones, the beds were just exposed dirt...and Tux's Disney World.

And now he's so, so angry with us.

Almost as angry as he was when Will and I made him fill out his NCAA basketball tournament bracket.
Posted by Chasing Roots at 5:00 AM