1. Last Friday afternoon my kids went home from school with a friend so Tom and I could go on a (belated) anniversary date. We spent the first 90 minutes of our date working in Tom's office - he had a submission deadline he had to make - and then we headed to a local watering hole for drinks, appetizers, shuffleboard, and pool. High five for good friends (thank you Natalie, Isaac, Jenn, and Rowdy) who make date nights considerably more affordable for Tom and me and lots of fun for Will and Hallie! 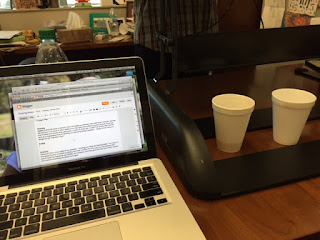 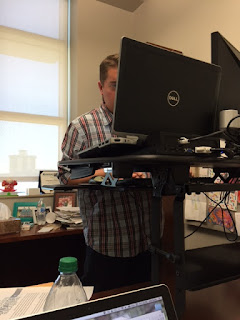 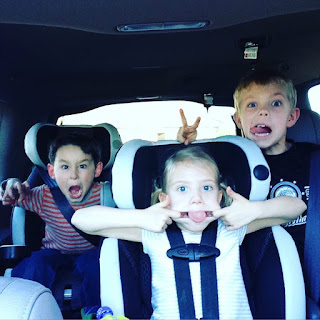 2. This past weekend's weather looked, sounded, and smelled like a Midwestern spring. Blue skies, bright but gentle sunshine, light breezes, birds chirping, and people emerging from their homes to cook dinner on the grill, fly kites at the park, and ride their bikes for the first time in months. I weeded the garden, cleaned (and then drank coffee on) the patio, and walked for hours to soak it all in.

3. As expected, "winter" (by Texas standards) returned midway through the week. No complaints escaped my lips though, as the cooler weather meant I could wear my new - purchased at more than 75% off - Lands End vests. (Someone stole my favorite Lands End vest from my gym a couple of weeks ago so I had to replace it. Twice.) My mom has a vest addiction, and it seems I may have inherited it from her… 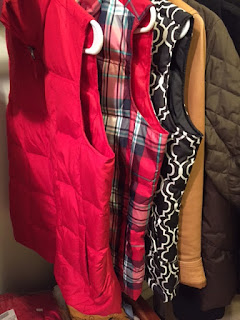 4. Did you watch Grease: Live on Sunday night?! I had a few friends over for drinks, dinner, dessert, and to watch the show…and we LOVED it. I watched NBC's live musicals - The Sound of Music, Peter Pan, and The Wiz - so I thought I knew what to expect: enjoyable musical numbers performed on a simple stage by talented singers, and a story true to the original but adapted because of the limitations associated with television cameras, commercials, etc. Fox raised the bar, and then to really shake things up, threw the bar the out the window and took aim for the moon. I read two reviews that almost perfectly sum up how I felt watching the show, so rather than write my own review (not my kind of writing), I'll direct you to the links below. I can't wait to watch the show again, this time with Will and Hallie by my side!

And if you like behind-the-scenes videos, check this one out. Associate Director Carrie Havel, shown "choreographing" the cameras in the control room, is nothing short of incredible!


5. And finally, another performance-related high five goes out to PostSecret: The Show. Some friends and I bought tickets last July, not knowing anything about the project, its online community, or the show. I still knew very little when I sat down in my seat on Tuesday night, but by the end of the two hours I had, as one previous attendee stated, "laughed, cried, and cringed".

"PostSecret: The Show is an immersive, poignant journey through the humor and humanity of the personal stories we keep to ourselves, and on rare occasions, share with others. Projected images, videos, three actors and a guitarist guide the audience through crowd-sourced narratives revealing the true stories behind the secrets."

I can absolutely understand, on a personal level, why PostSecret became such a tremendous phenomenon. People share their secrets because letting go of that baggage sets them free…and one of the reasons I write here is to do the same.

The traveling show has moved on from where I live, but has a number of stops left on its nationwide tour. Check it out!

Thank you to everyone who completed the survey I posted on Wednesday! If you didn't get a chance to answer the eight questions and would like to do so (it'll take less than two minutes, I promise!), the survey is below. Thank you again!


Create your own user feedback survey
Posted by Chasing Roots at 5:00 AM