We spent five glorious days at the Lincoln Lodge in Minocqua, Wisconsin, therefore today's post has a "living large and loving life at the Lodge" theme.

1. We had beautiful weather up north: daytime temperatures in the mid 70's to low 80's and nighttime temperatures in the mid-50's to low 60's. The sun shone brightly most of the time, light breezes kept the air feeling fresh, and a glorious thunderstorm passed through the area one night. Swarms of mosquitoes followed us around, but I used my Ava Anderson insect repellent religiously and received only two bites…one my head, where I hadn't used the bug spray, and one through my pants on the back of my leg. 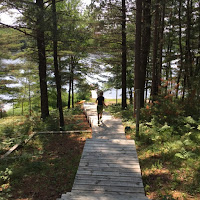 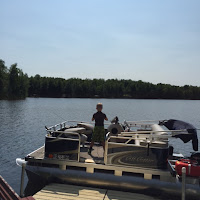 2. Bugs of all kinds scare the daylights out of Hallie, but in a surprising twist, fish don't bother her at all.  I have an intense, unexplainable fear of fish, so Hallie's willingness to not only go fishing but also handle her own catches - she caught quite a few and gleefully held them both in her hands and with her thumb down their throats - makes me enormously proud. And grateful, I might add, because I need to surround myself with people who can take my fish off the hook when I catch them.

3. Will received his first hornet sting, and though we of course don't know what would happen if he ever receives another bite, we celebrated the fact that he didn't have a massive allergic reaction this time around. As I treated the large welt on his leg, my tearful but brave boy called me out. "Mama, I thought you said the critters in Wisconsin were nicer than the critters in Texas!" Oops. 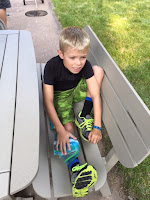 4. Of the places I've celebrated the 4th of July, Minocqua takes the cake. Nothing starts too early in the day (though the celebrations run a little late into the night for my taste), the family-friendly parade includes a wide variety of patriotic and entertaining entries and lasts for the perfect length of time, the water-ski show showcases both talented and humorous acts, and the two area fireworks wrap up the day in spectacular fashion. 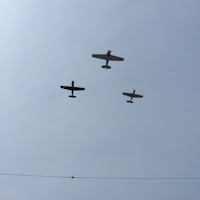 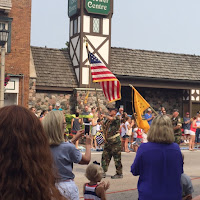 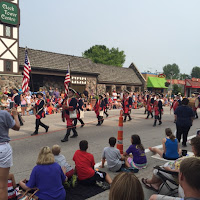 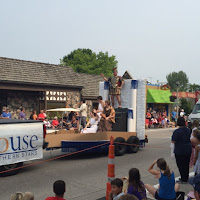 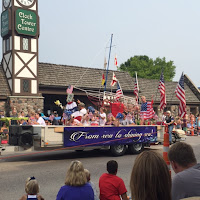 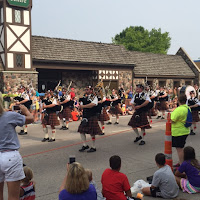 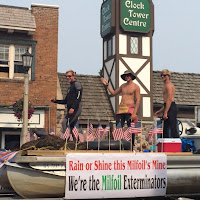 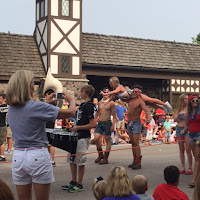 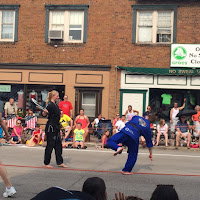 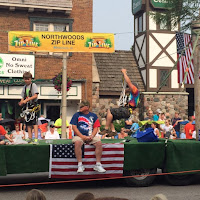 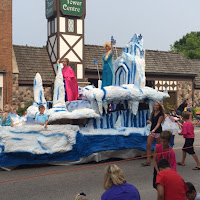 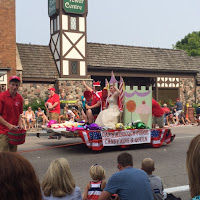 Nearly all of the Minocquans (not sure how they identify themselves, but Minocquans seems to roll off the tongue nicely) and many of the tourists are friendly and welcoming, making the community feel like the right place to celebrate the birth of our nation. 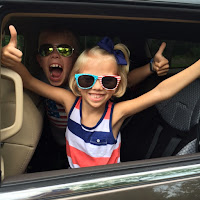 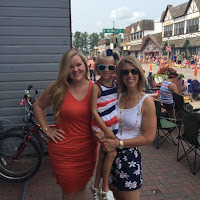 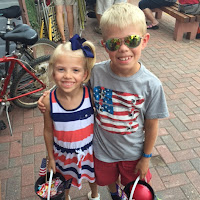 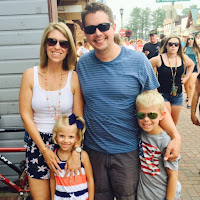 5. There were some who didn't quite understand why I needed to see Sunday night's soccer game (watching the game required going into town, finding a bar that would have the game on, etc.), see all of the pre- and post-game coverage, and arrive at the bar early enough to get the best seats in the house. Tom explained it to them like this: 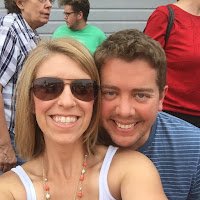 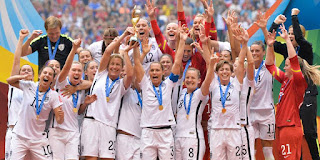