I Had the Best of Intentions

At the beginning of this summer I wrote about how although we had enjoyed certain aspects of our Summer Bucket Lists in years past (2012, 2013), this year we planned to "go it alone", without a fancy-schmancy, Pinterest-inspired guide to summer fun.

Don't get me wrong...I live for lists. Lists of errands I need to run, projects to tackle around the house, and appointments to schedule. Lists of what I've already written about and what I still want to write about. Lists for the PTO and 2nd grade and kindergarten and "professor's wife" responsibilities/commitments. Lists for Target, the grocery store, and the mall. I love the feeling of crossing off tasks I accomplish. But with our Summer Bucket Lists - lists that should have been about having a good time, enjoying each other's company, and learning new things - I couldn't appreciate the checkmarks and colorful stars representing our trips to the zoo, the sandcastles we'd built, the science projects we'd attempted, the books we'd read, the berries we'd picked, and the pies we'd baked because I was so focused on all the kids and I hadn't done yet.

This decision was the right one for us. I needed less schedule and more flexibility in our days, and by skipping the Summer Bucket List I got what I needed.

But I also needed a way to encourage creative and cooperative play (in other words, squelch boredom, or at least squelch complaints about boredom, and fighting), and I attempted to satiate this need with my jar system.

The jar system DID NOT go well.

The "We Were Fighting" jar? In June, Will and Hallie didn't even bicker and we never used the jar. In August, Will and Hallie fought every single minute of every single day and instead of using the jar I climbed under the covers on my bed and prayed for school to start before I lost hold of my sanity.


A perfect example of the change in their behavior over the summer…In June
they played in the rain together for more than an hour, splashing each other and
battling with noodles and laughing hysterically (below). In August this same style
of play lasted all of 45 seconds. Will hit Hallie with a noodle and she cried…then
Hallie bit Will's noodle and he cried. 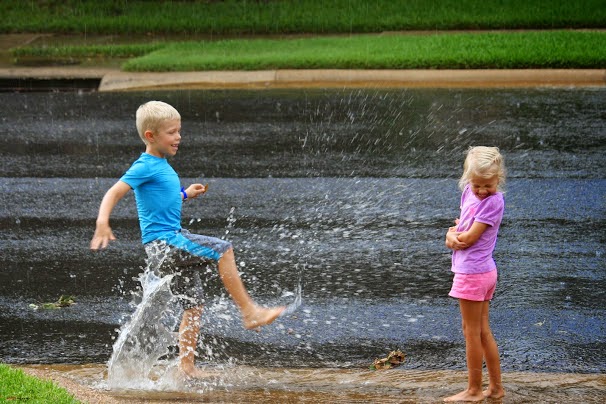 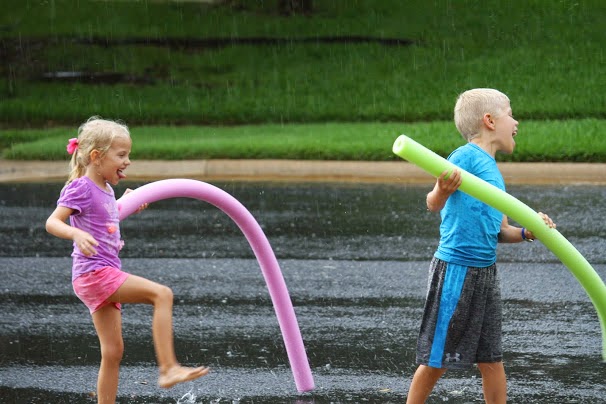 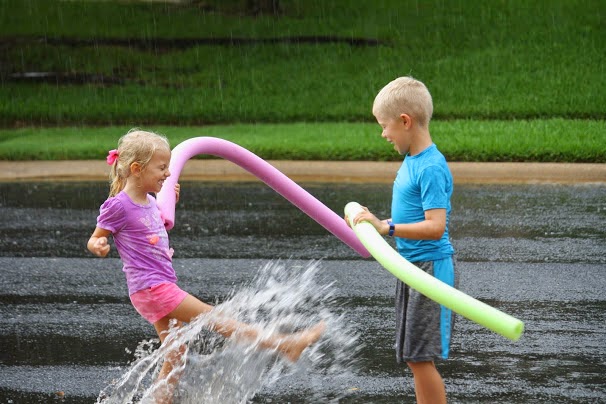 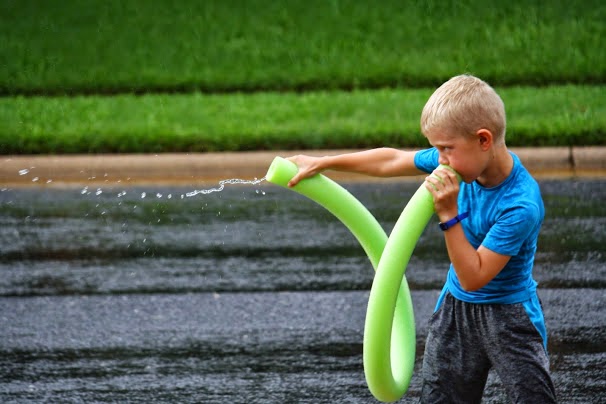 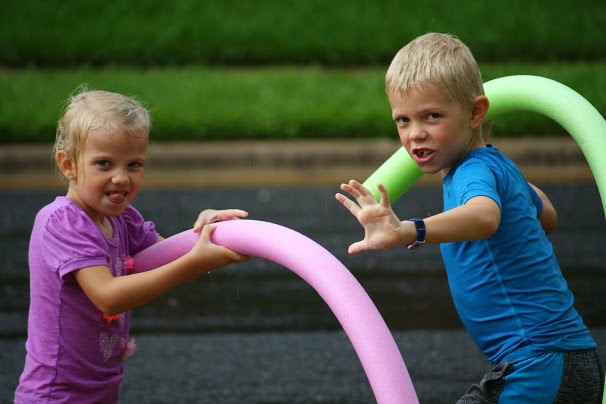 The "I'm Bored" jar? Will and Hallie were really, truly bored a grand total of twice this summer.

The "I've Been Good" jar? Will and Hallie were really, truly good a grand total of twice this summer.

Ok, Will and Hallie behaved themselves more than twice. Maybe like four times.

All kidding aside, this system just wasn't right for us. Despite the fact that the jars sat on the kitchen counter, I almost never remembered they existed in the moments I needed them. I didn't like the randomness of choosing a sibling activity out of the "fighting" jar or a job out of the "bored" jar, because the instructions on the cards didn't always fit with the circumstances that brought us to the jars in the first place. I didn't like the specifics of choosing a special activity/outing/treat out of the "good" jar, because again, the reward didn't always work with what we already had planned for the day.

I have always had the best of intentions when creating checklists and chore charts and reward systems for the kids, but I'm just now realizing that with the exception of Will's potty training chart (cleverly titled, if I do say so myself, "Poops and Pees for Chuck E. Cheese"), NONE of them have ever really worked in our house. 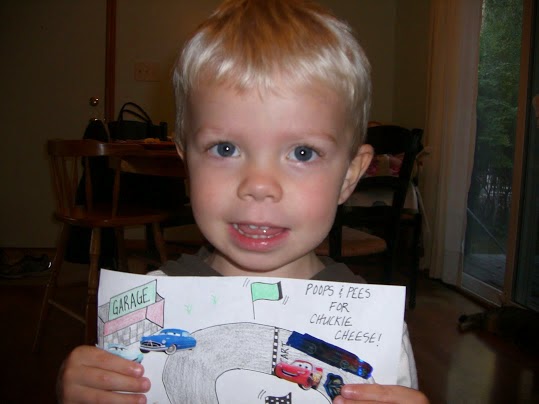 I foresee occasional checklists and contracts (I fully intend to implement "earn screen time" to-do lists and social media/cell phone contracts when the time comes) in our future, but from this point on our summers will be list- and jar-free. Except for my Target list, of course…I couldn't survive without that one.
Posted by Chasing Roots at 4:00 AM