A few weeks ago I wrote about the bluebonnet flowers that blanket Texas each spring. I mentioned in that post that the most well-known Native American legend about the origin of the bluebonnet had been turned into a children’s book called The Legend of the Bluebonnet, and that our local library didn’t carry a copy of the book. Turns out Germantown Hills Elementary School (outside of Peoria, Illinois, for those of you unfamiliar with the Midwest), where my sister teaches second grade, has a copy though, so she and I put together a plan and just a couple of weeks later I was sitting in her second grade classroom reading The Legend of the Bluebonnet to her students.

I didn’t travel all the way from College Station, Texas to Germantown Hills, Illinois just to read The Legend of the Bluebonnet to 20 second graders. My kids and I had a trip to the Midwest planned already, and we decided to throw a couple of days in Illinois with Sara, Jeff, and baby Lily (my sister, brother-in-law, and niece) into the middle of our Wisconsin vacation. My mom and I ended up taking care of Will, Hallie, and Lily for a full day, which was terrifically fun and terribly exhausting.

Sara has a regular “segment” in her classroom called “Mystery Reader”. Parents and family members of her students sign up to be the Mystery Reader, provide Sara with clues about themselves to help the students figure out their identities, and then arrive with a favorite book at their scheduled time. My mom had been a Mystery Reader last year, and though I’d always wanted to do it, I was never able to because I couldn’t make the drive from Michigan to Illinois during the week. Finally, this was my chance – I’d be in Illinois on a weekday during the school year. I provided Sara with my “clues” and scheduled my time.

As my Mystery Reader debut approached, Sara and I brainstormed books for me to read. We talked fairy tales, song books (Sara and I both love to sing), and Magic Tree House chapter books…and then it came to her – I should read The Legend of Bluebonnets.

I read the book for the first time the night before, therefore I didn’t know the story well and was nervous when my mom, Will, Hallie, Lily, and I arrived at school that morning. Sara had just presented the students with the clues about me (many of which had to do with moving to and living in Texas) and they’d made their guesses. When I walked in they clapped and cheered (probably because they’d guessed correctly, but I pretended they did so because they were just so excited about the book I was about to read). We moved to the reading rug, and I told them a little bit about what it was like living in Texas and why I’d chosen to read them The Legend of Bluebonnets. 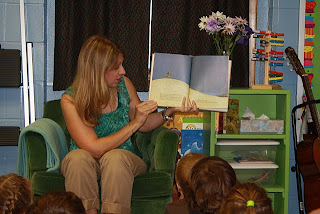 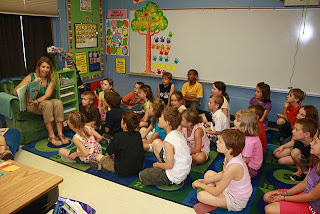 Throughout our time together the students were attentive, interested, engaged, and enthusiastic. The Legend of Bluebonnets was a resounding success, and I hope that learning about the legend, and a bit about the Great State of Texas from this transplant Texan, cracked open their windows to our country just a smidge. 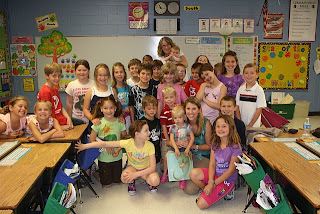 Posted by Chasing Roots at 8:50 AM

Email ThisBlogThis!Share to TwitterShare to FacebookShare to Pinterest
Labels: Down South, Family, Life, Up North