Is it Bright in Here? 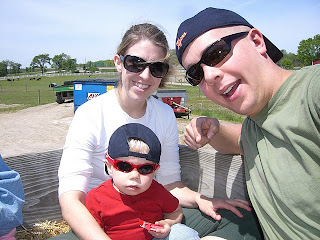 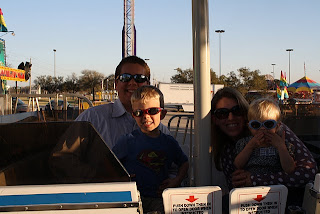 It’s my fault, really. When I was in high school I learned that lighter colored eyes are more sensitive – something about blue and green irises scattering and transmitting more unwanted light into the retinas than brown irises (surprising what we remember from high school biology, isn’t is?) – and from that day forward the sun seemed a little brighter to me. Sunglasses became part of my everyday wardrobe, and still today are the one thing I never leave home without.

(If I’m not wearing sunglasses between the hours of 8am and 8pm I am perpetually squinting, as evidenced by these not-so-great pictures of Tom and me in front of Old Faithful and Alcatraz circa. 2002.) 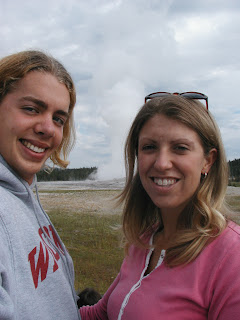 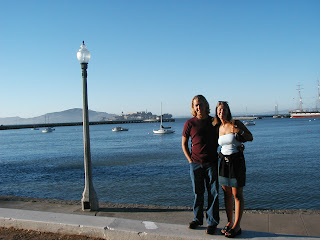 Since both of my kids have light blue eyes I figured they had the same sensitivity to sunlight and started putting sunglasses on them soon after they were born. Since they’ve never known anything different, they insist on wearing sunglasses whenever they’re outside. And sometimes when they’re inside. Even when we lived in Michigan. 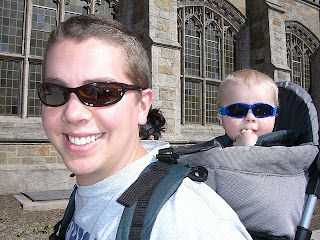 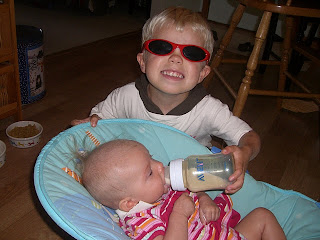 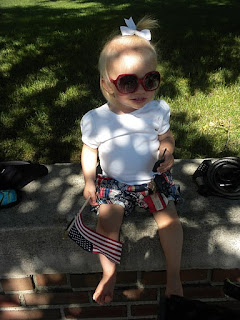 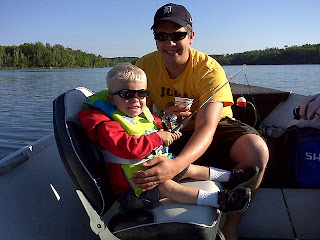 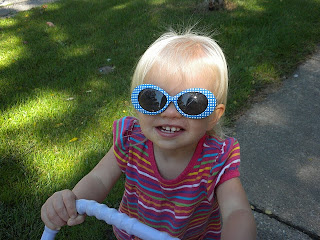 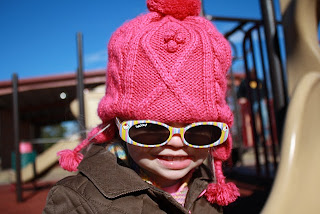 The sun’s rays are especially bright down here, seeing as the state of Texas is only about 23 miles from the sun itself, which makes sunglasses all the more important. Will wore his sunglasses every day at preschool, and I overheard two of the preschool moms having the following conversation back in January when Will was still “the new kid”.

Mom 1: I heard there’s a new little boy in class!
Mom 2: Yes, his name is Will, and he moved here from Michigan.
Mom 1: Which one is he?
Mom 2: Just look for the kid in the sunglasses. 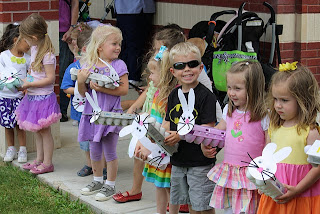 Oh, and Will is also the only kid in his swimming class, out of 16 kids, who keeps his sunglasses on for the entire lesson. I'm looking into tinted goggles.

So I guess sunglasses are just our “thing”. Will and Hallie can be “the kids with the sunglasses”. (This is better, I promise, than being “the kid with the retainer”, “the kid with the head gear”, or “the kid whose bangs go so far back on her head that she looks like she has a mullet”. I know this because I was THAT kid.)

AT LEAST once a week another parent asks me how I get my kids to keep their sunglasses on. I used answer “super glue”, but since no one thought that was funny (lighten up people – OF COURSE I wouldn’t actually super glue sunglasses to my children’s faces), I now answer “my kids are really concerned about the health of their eyes”. No one thinks that’s funny either.

You want your kids to wear their sunglasses? Make it fun. 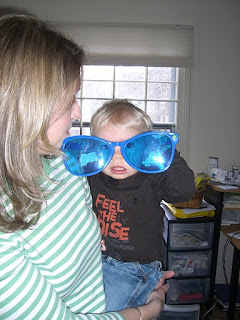 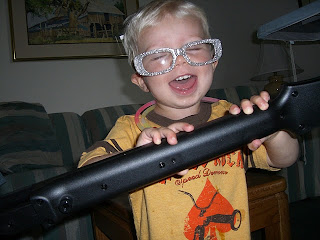 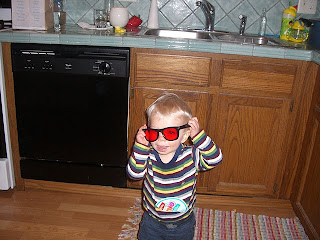 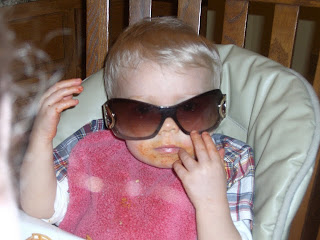 And if that doesn’t work, maybe don’t move to Texas.
Posted by Chasing Roots at 2:43 PM