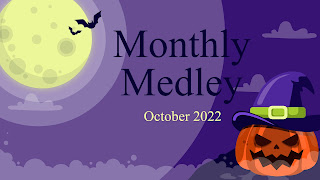 I have one article - about my beloved Ballet Brazos' production of The Nutcracker Ballet - in the November/December issue of Insite Brazos Valley Magazine, and one article about Nobel Prize winners with Texas connections in the November/December issue of Texas Living. These are my last two magazine contributions for this calendar year, and while I'll get back to article writing in December ahead of a couple of January deadlines, I'm taking a bit of a break from magazines and working on something different this month!

I tend toward mysteries, but as I'm trying to push myself (a little) outside of my reading comfort zone, I picked up Wish You Were Here - Jodi Picoult's pandemic-inspired novel about a woman who finds herself stranded on the Galapagos Islands - at the library midway through the month. It wasn't at all what I expected - it actually had a bit of a mysterious feel and a pretty epic twist two-thirds of the way through - and I loved it. 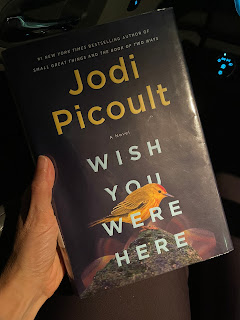 As a family we watched The Adam Project, about a time traveler who accidentally ends up in the wrong time/place and has to team up with his 12-year-old self to save the future of humankind. It wasn't my favorite movie of all-time, but it went over reasonably well with two grandparents, two parents, and two teenagers, so I call that a win!

Hallie and I started watching The Healing Powers of Dude, about an 11-year-old boy struggling with social anxiety and his (endearing yet poorly behaved) emotional support dog. The show is both funny and sweet, and I greatly appreciate its honesty and inclusivity when it comes to mental, emotional, and physical disabilities.

Late last month I pulled up next to a friend's car and noticed that she was laughing - like whole body laughing. I climbed out of my car and into hers, excited to find out what she found so funny. She then played for me a snippet of what I would soon consider one of the funniest podcasts around: It's a Wonderful Lie. It's a Wonderful Lie is hosted by Ashley Flowers (host of my beloved Crime Junkies), Gregg Hess, and Holly Laurent and is a "short-form comedy podcast that imagines the hilarious 'truth' hidden in your holiday newsletters." The letters themselves are hilarious, but equally funny is the commentary provided by Gregg and Holly, both of whom are comedians. There are two seasons - 2020 and 2021 - but we're hopeful that a third season will roll out any day now... 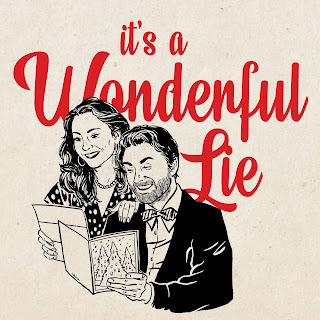 Somewhere to learn: Sign Language 101 (@sign.language101 on Instagram) showcases two easy to follow/understand American Sign Language speakers teaching different ASL signs. Hallie wants so badly to take ASL as her language in high school, but unfortunately it's not offered in our district. This app isn't a substitute, but it's a great place to start!

Somewhere to laugh: Simon Holland (@simoncholland on Instagram) has great quips and quotes about (mostly) "dadding". I see a lot of Tom - and a little of myself 😉 - in these posts, and they always make me laugh. 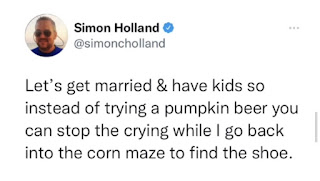 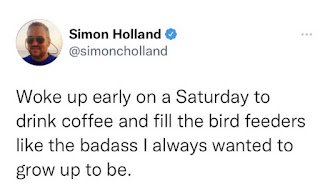 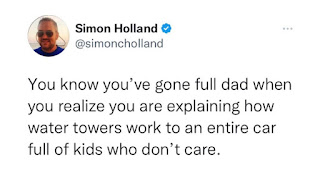 Anticipating an increase in the number of interviews I would need to do these last couple of months, I started searching for a recording app. After a trying a few that fell short, I finally found one that does a great job capturing in-person conversations and cutting out background noise. It's called Voice Record Pro, and I highly recommend it should you need to document meetings, interviews, etc. 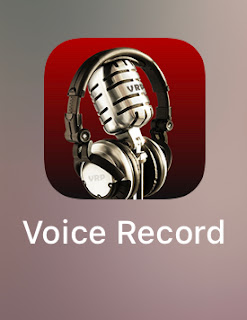 Anyone know of an app that lets you record both sides of a phone conversation? I haven't yet figured out a good way to record interviews I do over the phone.

I have a tripod to hold my regular camera, but it couldn't hold my phone so I swapped it out for one that could (which also doubles as a selfie stick). Thus far this tripod seems very stable while filming!

I recently picked up a few J. Crew Factory tops, most in anticipation of the (ever so slightly) cooler weather we're now experiencing. I couldn't find all of items online, but here are the two that are still available and that I highly recommend!

Hallie and I are also enjoying (and sharing!) these shoes from Target.

I've used Safari for years - probably more than a decade - but about a month ago, the browser just died. I tried just about everything I could think of (and everything suggested by Google) to fix it, but nothing worked.

What does this have to do with eating and drinking, you ask? At any given time, I have between 60 and 80 new-to-me recipes bookmarked on my computer...all of which are accessible in Safari and NOT in Chrome. I finally came up with a way to access these links a few days ago, but prior to that I was without my many saved links for a little more than a month. I'm ready to start trying new fall (think apple and pumpkin) recipes!

Speaking of fall... These two seasonal treats are absolute winners! 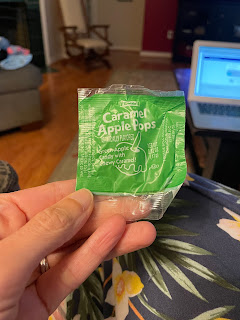 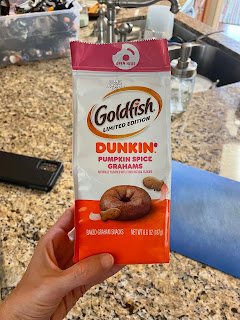