Once a Lad, Always a Lad

Will's first high school soccer season came to an end a few weeks ago, and while I meant to share a bit about high school soccer back then, club soccer picked back up so quickly (and other time sensitive blog posts needed to go up) that this content got pushed back a bit. Sharing today works out well, though, since the Lads' finale - their end-of-the-year banquet - was held last Friday night.

While I was excited about Will's high school athletic "career", I didn't have extremely high expectations for the season. During a meeting about the transition between club and high school and back to club last year, one of Will's club coaches painted an interesting - and less than positive picture - of high school soccer. He talked about unsafe training regimens, avoidable injuries, and inferior play, and explained that when he "loaned" his club players to their high schools, he always received them back in worse shape physically and technically. So as I said, my expectations were low...and thankfully, didn't match reality.

The training was excellent - age and skill appropriate, and safe. Yes, Will ended up with an injury, but his sprained ankle wasn't avoidable and wasn't the result of unsafe training or inferior play. And when he was injured, both the physical care he received from the athletic training staff and the mental/emotional support he received from his coaches and teammates were exceptional.

I enjoyed watching new athletes and a different style of play. The Lads' victories were exciting, and their losses tough, and while they missed the playoffs by ONE point, they went out with their heads held high.

I had a great time getting to know the other parents and fans, and I'm already looking forward to joining them in the bleachers again next fall.

I developed and watched Will develop a deeper connection to high school. I didn't love high school when I was a student, mostly because I never felt like I fit in or found my niche, so it matters to me that Will and eventually Hallie find something that makes them feel connected - and proud to be connected - to the school and other students during these four years.

And I loved watching Will find his footing - literally and figuratively - as a high school soccer player. 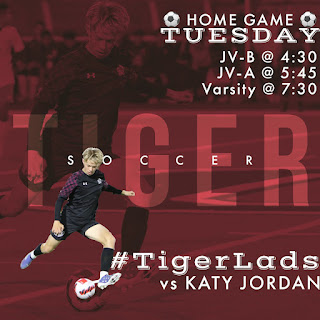 But my favorite part of the season was this: 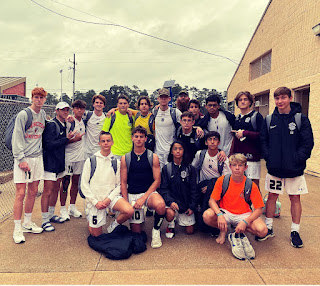 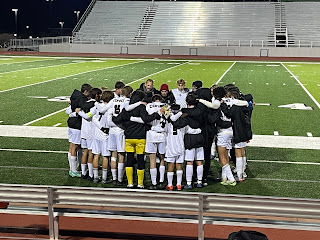 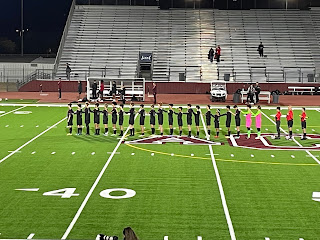 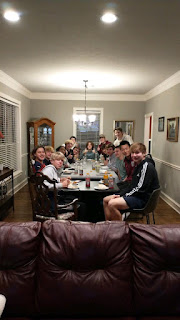 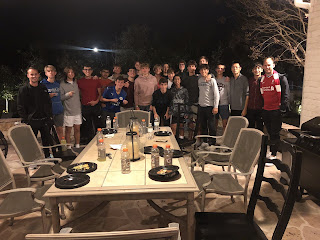 The relationships established and strengthened during early morning workouts, after school practices, ice baths, hours on the bus, and late night stops at Whataburger and Buccee's. The laughs shared over good food at team dinners. The camaraderie forged through shared triumphs and defeats.

Being a part of something matters, and I'm so grateful Will was able to be a part of this. 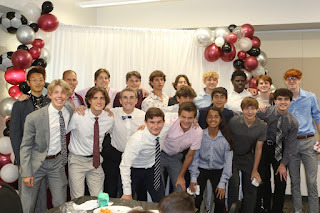