Hallie and I found this book at a garage sale, and it turned out to be well worth the $2 we spent to bring it home with us. 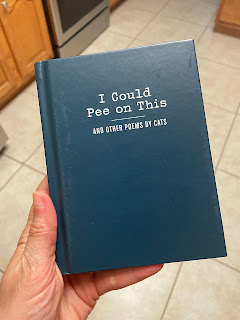 I Could Pee On This

On a more serious note... I couldn't make a chapter book happen this month, but I did find time to read - and delight in - The Boy, the Mole, the Fox, and the Horse by Charlie Mackesy. The book begins with a letter from the author:

It's surprising that I've made a book because I'm not good at reading them. The truth is I need pictures, they are like islands, places to get to in a sea of words.

This book is for everyone, whether you are eighty or eight.

The boy is lonely when the mole first surfaces. They spend time together gazing into the wild. I think the wild is a bit like life - frightening sometimes but beautiful. In their wanderings they meet the fox. It's never going to be easy meeting a fox if you're a mole. The boy is full of questions, the mole is greedy for cake. The fox is mainly silent and wary because he's been hurt by life. The horse is the biggest thing they have ever encountered, and also the gentlest. They are all different, like us, and each has their own weaknesses. I can see myself in all four of them, perhaps you can too.

Mackesy's short story reminds me - in the best possible way - of A. A. Milne's tales of Winnie the Pooh, Piglet, Tigger, Eeyore, and Christopher Robin. The friendships these characters form don't make sense on the surface, but deep down they make all the sense in the world, because love isn't about what's on the outside, but what's on the inside.

Rather than tell you more about the book, I think it best if I just show you a few of my favorite pages, both for their words and their pictures. It would make a beautiful gift, for graduation, for teachers, for a friend going though a difficult time. Consider it highly recommended. 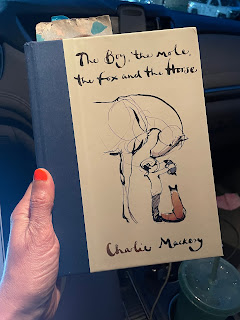 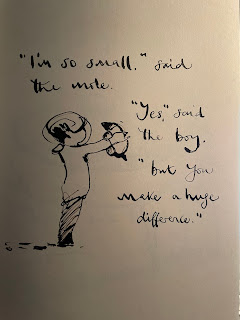 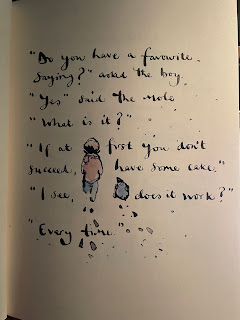 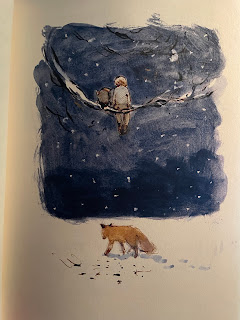 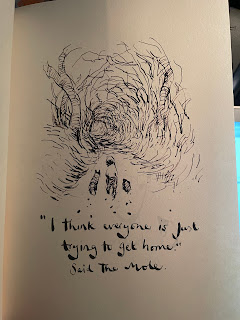 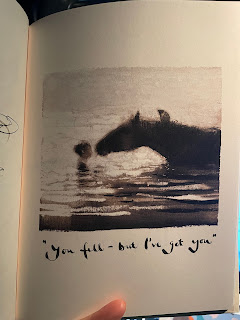 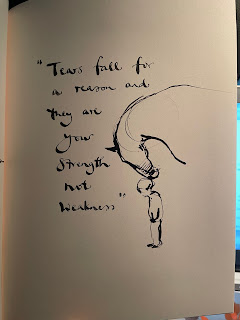 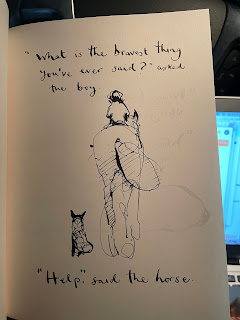 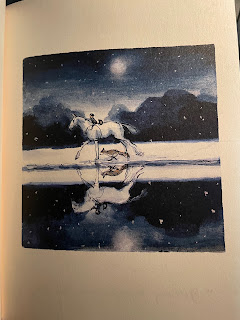 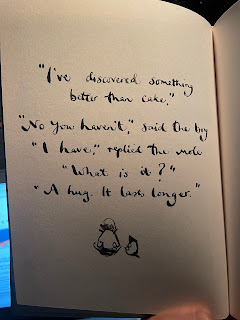 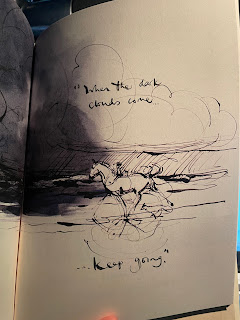 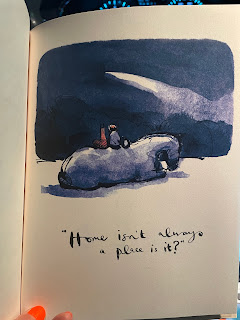 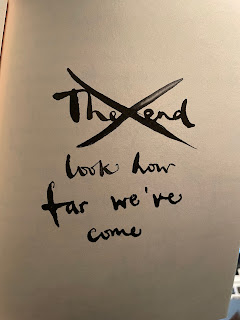 Other than season premiere week, season finale week is my favorite time of year television-wise. I haven't started any new television shows, nor have I watched any new movies, this month, as I've been catching up on all everything - including season finales - that had built up in my DVR.

I've inadvertently started watching - but just over Tom's shoulder, as he watches season two on his computer - The Handmaid's Tale. From what I can tell, this show is simultaneously one of the most fascinating and one of the most devastating ever created, so my question for those of you who've watched it start to finish (or wherever season it's on right now), is it worth it? Is the mental, emotional, and even physical pain and anguish I've felt while just side-eye watching going to balance out against mental, emotional, and physical strength or empowerment at some point? Or am I going to feel awful at the end of every single episode? I love quality television, but I can't take quality television that makes me sadder and angrier than I already often feel these days...

I didn't start any new podcasts this month - instead I just played catch-up on a few podcasts I had neglected (thanks to Dateline and its hundreds of episodes) throughout the last few weeks.

I also haven't listened to any new music this month. Dance recital songs are on repeat on the Alexa, so after Memorial Day weekend we can hopefully switch gears and listen to something new!

I've followed the The Stay @ Home Chef for a while on Facebook, but I only recently started following her on Instagram as well. Instagram is such a different platform, one on which influencers and followers can connect on a more intimate and personal level, and I quick discovered that I not only like her recipes and cooking style, I really enjoy her personality as well. She also has a few significant health issues that she battles on a regular basis, and I appreciate her honesty when she shares how they have impacted and continue to impact her business.

When scrolling Instagram, I usually let myself continue on for a minute or so past the "you're caught up on older posts" message, just to see what else is out there. And you know what else is out there? If you curate your feed correctly, what's out there are pictures of kittens and puppies that will make you feel loads better about the contention in our country, and the trajectory of our world, and the global pandemic, and and and...  So this isn't a recommendation for a specific page or influencer. This is a recommendation to curate your social media feeds so that they show you - at least most of the time - what you need to see in order to survive the day and maybe even a little something that puts a smile on your face.

For the last few months I washed my face with a PMD Clean. They're expensive, but since I received it in my first Causebox, I didn't pay full price for it and that detail made me feel better about using it in place of my hands or another scrubber. I liked using the PMD Clean - I still like using the PMD Clean.

For Easter, I put one of these in each of the kids' Easter baskets. Since they came in a pack of three, I put the third one in my own Easter basket...and I haven't used my PMD Clean since that day. Don't get me wrong, I still like my PMD Clean, but this facial cleansing brush does the same job and costs less than $3. Consider them highly recommended! 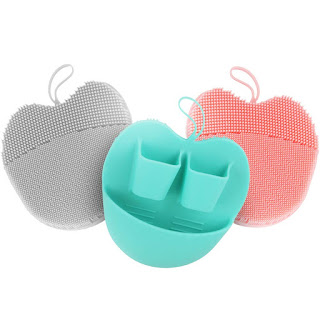 I still haven't done much shopping (I know I say that almost every month, but it continues to be true. And because it impacts this category, I keep sharing it), but I did find a GREAT tank top for summer. This slim fit tank top from Target's A New Day line fits beautifully and costs...wait for it...$5. I've already purchased it in - I think - four different colors.

I'm also a fan of these casual lounge shorts - they're soft, cozy, and comfortable, yet they look like actual shorts rather than pajamas. I like think of them as "put on after I've showered on summer evenings" shorts.

Lots of recipes worth sharing this month!

Happy MAYhem, friends!
Posted by Chasing Roots at 5:00 AM