Writing
For the last couple of years I've written regularly for two small magazines in Lincoln, Nebraska. Unfortunately, the magazines' parent company shut them both down at the beginning of April, and I'm tremendously disappointed to lose both the work and the partnership I had developed with the owner and editor for these magazines. New opportunities are of course out there, but I'm sad to see this one go.

Reading
This month I devoured The Dilemma, by B. A. Paris. The majority of this novel played over the course of about 24 hours, between one morning and the following, and as the "day" and "night" moved along, I found myself reading faster and faster and faster trying to get to the climax. I don't want to spoil anything here, so I'll just say that the premise, storyline, and character development all felt real to me, in a "more exciting than my life" kind of way (which you need for a book to be engaging) but also in a "this could happen to anyone" kind of way. I liked, understood, and wanted the best for almost all of these characters, but I won't tell you whether or not I got what I wanted... 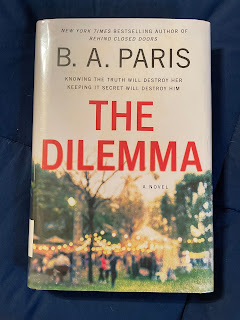 Watching
We gave Hallie the complete collection of Friends for her birthday, so that's what she and I watch the majority of the time. When we need a Friends break (which isn't that often), we catch up on episodes of Zoey and the Extraordinary Playlist (which is just as AMAZING now as it was in the beginning) and are enjoying Man With a Plan, starring - in a fun Friends-related twist for her - a much older Matt LeBlanc. Man With a Plan feels like a show that belongs in the TGIF line-up, if TGIF still existed. (I wish it did...)
On my own, I've been watching Firefly Lane with Katherine Heigl and Sarah Chalke. I have no idea how I started watching this show, but now I'm invested...which seems about right since I just read that it probably won't get renewed for a second season. Story of my (television watching) life.

Listening To
Emily Ley, who created the Simplified Planner I have used for the last few years, now has a podcast! Her episodes are shorter - just 15-20 minutes - than some, which makes them perfect to listen to while folding a load of laundry or putting on your make up in the morning. They cover a wide variety of topics from how to have "the talk" (about the birds and the bees) with your children, to how to create simple habits that stick, to how to make friends as a grown up. The podcast is called "The Simplified Podcast with Emily Ley" and is available wherever you get your podcasts!

Following
I saw the bath bead post below, and then I traveled way down deep into the Thirty AF (@iamthirty) rabbit hole. Here are just a few of the posts that made me laugh out loud (or at least to which I can wholeheartedly relate) from that journey:

Trying/Using
After a particularly tough day, Hallie needed a pick-me-up and I needed an ice cream cone. We stopped at a new restaurant in College Station called Smoosh, and discovered that WOW, they do ice cream big. 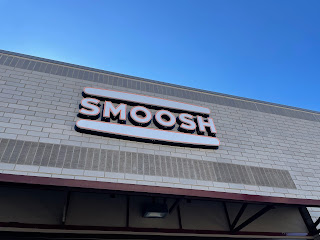 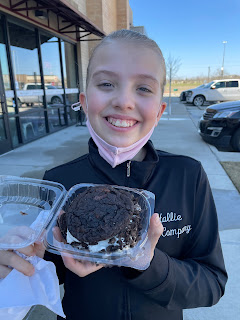 There are basically no size choices, so it really is a "go big or go home" situation, but the ice cream and cookies were delicious. Next time, though, we'll share...
All kittens love my fabric desk chair, and as a result, it has suffered since we started fostering last summer. This fabric shaver came recommended by Young House Love, and let me tell you, it gets the job done. Below is a photo of what I pulled off my chair on the first pass (my hand is in the photo for a size reference). 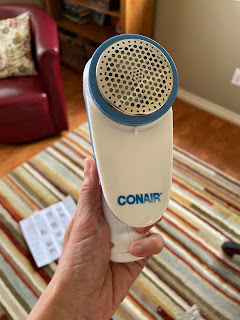 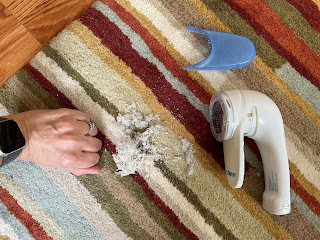 The chair looks amazing. Or at least it did until the next litter of kittens showed up and decided that they too would like to use it as a jungle gym.
I failed to mention a few weeks ago that we used Yard Love for Hallie's birthday sign. They were reasonably priced (I think they're relatively new, so the cost was a little lower than some of the other companies in our area) and I was extremely pleased with their service and product. 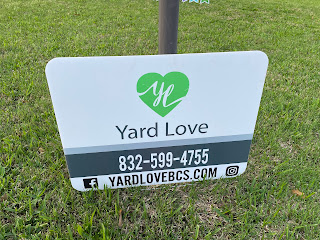 I have no affiliation with this company - I'm just a happy customer!
Wearing
Shopping just isn't much fun for me anymore, and I honestly don't know if I'll ever feel the same about it as I did prior to the pandemic. My mom, my sister, and I are looking forward to our annual fall shopping trip (which we haven't taken in three years) to Chicago, so I hope that experience helps me find my shopping mojo once again. In the meantime, I've purchased a couple of pairs of workout pants...and returned them. I've tried a couple of sports bras...and returned them. I had high hopes for a couple of tank tops...and returned them. So I leave you with something Hallie is wearing - and loving - as it think they could be enjoyed by almost anyone!
Hallie's feet hurt most evenings, so instead of icing just one area, and then another, and then another, and instead of trying to position multiple ice packs just so, she just slides these ice socks on and they ice just about every inch of her feet while she reads a book. Ice socks for the win! 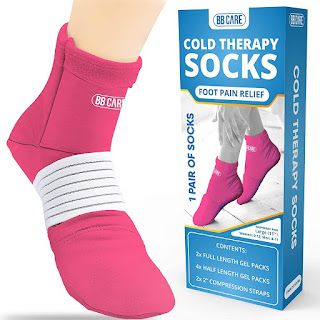 Eating/Drinking
This month included a few duds, so all I have to share in this category this month are these Applesauce Muffins. They were light, fluffy, and delicious! (Note: these muffins were best in the first 24 hours after baking. Plan ahead so you and your family members and/or friends can eat them within that time frame.)
Feeling Good About 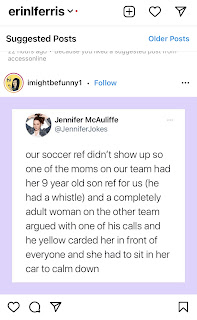 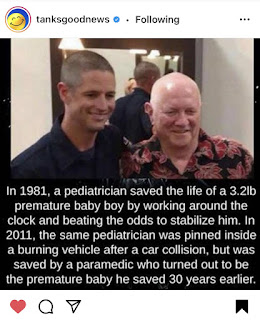 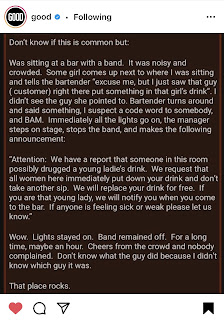 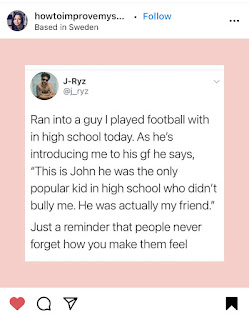 On to May, my friends. Let's make it a great month!
Posted by Chasing Roots at 5:00 AM