My Texas Bucket List began taking shape shortly after we arrived in College Station. At first the list consisted of only a few touristy day trips and experiences (think Six Flags, SeaWorld, etc.) I'd thought of or heard about prior to our move. But as we made new friends, especially new friends who grew up in Texas, we learned from them about the lesser-known - at least to Midwesterners - but not-to-miss sights and sounds of the Lone Star State.
Each time I cross something off my Texas Bucket List I document it here, both because Chasing Roots serves as my Texas journal and because looking back on these posts and "watching" our love affair, if you will, with our now-home state unfold is a beautiful thing.

You can see my full - but ever-growing - Texas Bucket List here. Feel free to let me know what I'm still missing!
I added "Visit a Texas Zoo" to my Texas Bucket List early on. Shortly thereafter, we visited the Waco Zoo, and then a few years after that we visited the San Antonio Zoo and Aquarium. But because zoos have always held a special place in our hearts, I knew our list wouldn't truly be complete until we'd experienced Houston, Dallas, and Fort Worth as well.
I grew up just a couple of blocks from the Henry Vilas Zoo in Madison, Wisconsin, and many of my earliest memories involve the zoo and its residents. We take the kids almost every time we visit my parents, which is possible because there is no admittance fee. That's right - when Henry Vilas sold his land to the city so a zoo could be constructed, he did so with the stipulation that the city could NEVER charge people to visit. He believed strongly that everyone, regardless of wealth and privilege, should have access to these beautiful animals.
We wanted to take a spring break trip, but because the state's mask mandate was lifted a few days prior to our break, we only felt comfortable visiting establishments that were both outdoors and requiring masks. The Houston Zoo fit the bill, so we carved an (almost) full day out of Tom's schedule (he had to work in the car on the way there and back and "attended" one short meeting while we walked through the World of Primates exhibit) and headed to Houston.
Overall, I felt like the zoo had a good handle on COVID-19-related safety: tickets had to be purchased ahead of time, entry was scheduled for a specific window, masks were required, hand sanitizer was everywhere, social distancing was encouraged, and limited numbers of guests were allowed in buildings. We felt just about as safe as we could have, given that we were in a public place with a lot of other people. There were of course a few people who chose not to follow the rules (WHY?!?!), but we steered clear of these folks whenever possible.
The animals themselves lived up to our expectations, and I think all but a couple of exhibits were open. Big cats and primates were - always are - my favorites, while everyone else LOVED the reptiles and under-the-sea creatures. 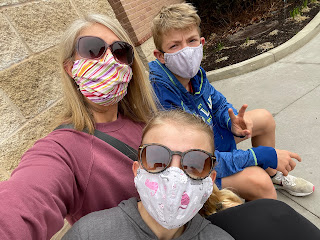 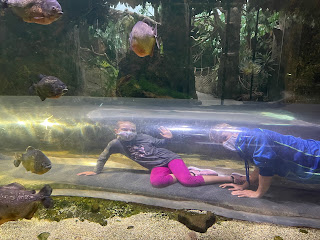 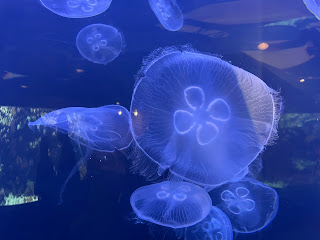 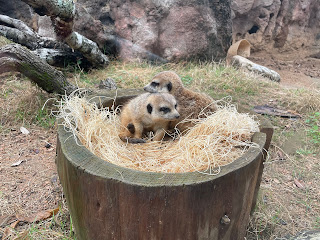 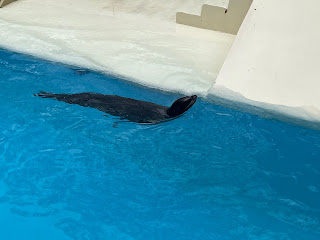 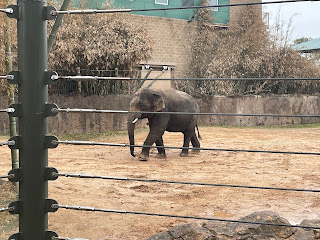 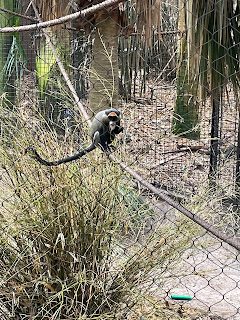 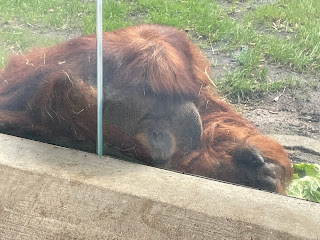 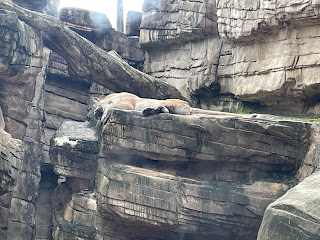 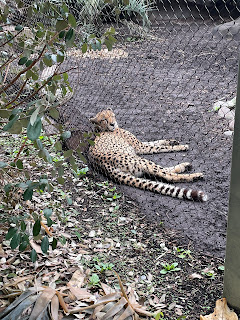 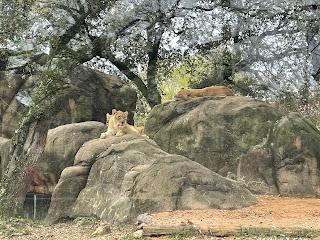 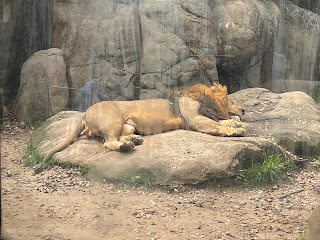 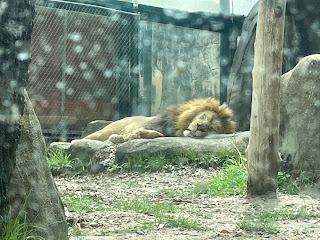 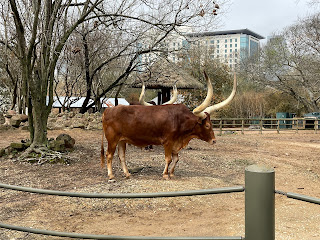 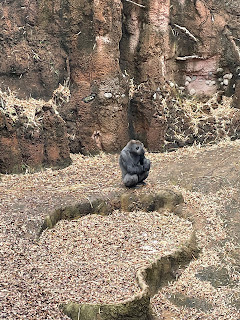 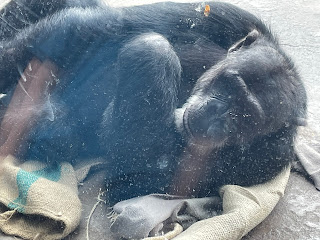 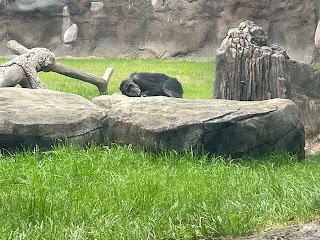 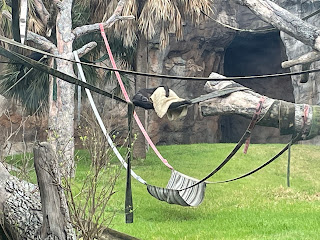 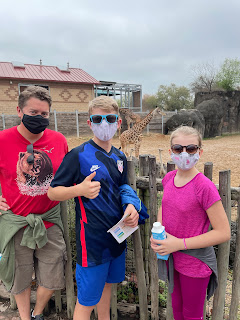 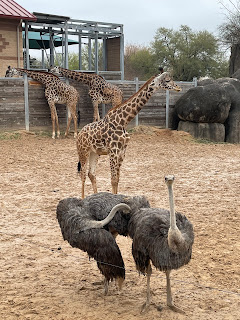 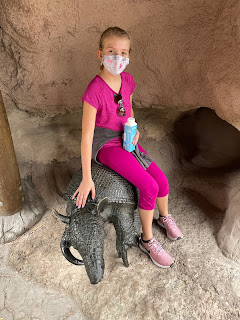 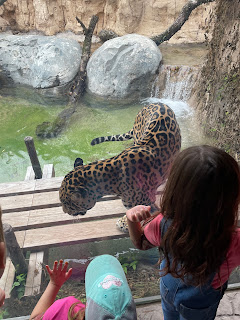 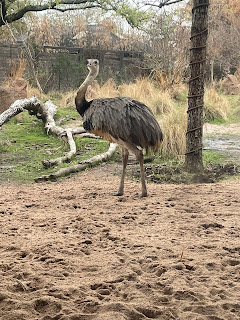 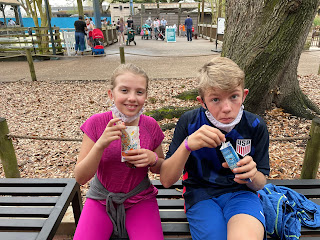 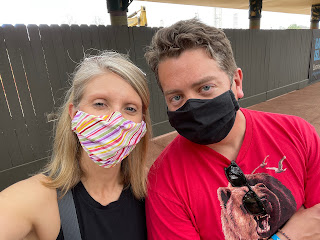 We also visited the Prehistoric Beasts exhibit, which showcased "animatronic predators and their modern-day descendants". Hallie in particular enjoyed the theatrics of this area... (This exhibit is open through the beginning of September for anyone who is interested in checking it out.) 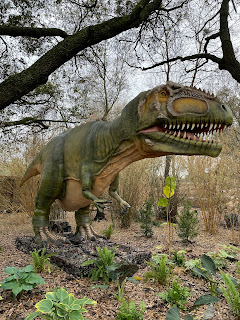 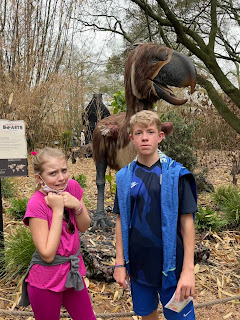 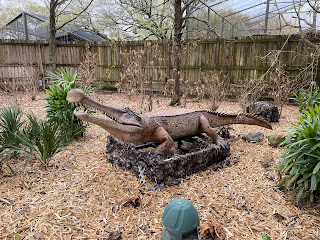 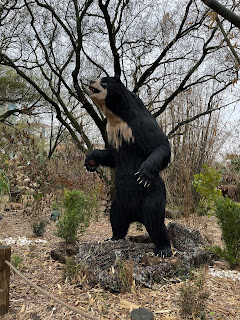 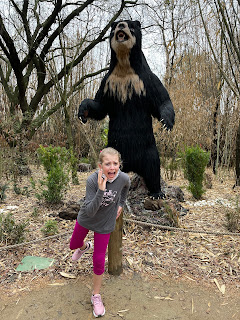 For those who might be wondering, if we had family members or friends visiting and wanted to take them to a zoo, we'd opt for Waco. The Waco Zoo is less expensive and has much easier parking, and the Waco Zoo has - overall - a better feel to me. It reminds me of the Henry Vilas Zoo, so it reminds me of home.
Only two more bucket list zoos to go!
Posted by Chasing Roots at 5:00 AM