Ok, he's not actually a grandmaster. But he's still a champion in my book...

Will participated in his first UIL competition - Ready Writing - as a third grader. He performed well, but he didn't enjoy the category; his motivation for participating had been simply to learn how the UIL process worked in preparation for the following year, when, as a fourth grader, he could compete in his dream category: Chess Puzzles.

When the next year's UIL window arrived, fourth grade Will tried out for Chess Puzzles and made the team. He attended twice weekly practices with his coach and teammates after school, read chess puzzle books from the public library before he fell asleep at night, and practiced on his own on the weekends. All of this hard work paid off - Will won the district-wide Chess Puzzles competition that year. 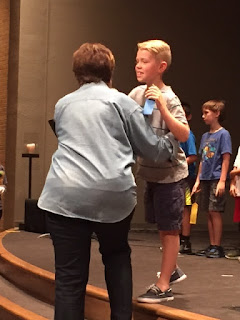 One of our funniest family memories emerged around this time. In preparation for going to the library the following day, I called to the kids and asked them to bring me their library books. They called back, asking for titles so they could find the books that were due to return. When I yelled to Will, "Practical Chess Puzzles: 600 Positions to Improve Your Calculation and Judgement", Tom started laughing as the title didn't match what one would expect a 10-year-old little boy to be reading. And then, when I yelled to Hallie, "Keeker and the Sneaky Pony", Tom just about lost it. The differences between our two children - one of which was perfectly showcased by their choice of reading material - are delightful and endearing, and on that night, also oh so funny.
In fifth grade, Will entered the UIL season hoping to defend his title. He worked just as hard, even reaching out to his elementary school GT teacher, who had fostered his love of chess, to ask for her help as he prepared for the test. Bless her sweet heart - she invited Will over to her house and they spent an entire afternoon playing chess and studying chess puzzles over a lovely snack she'd made for him. Yet again, this hard work paid off and Will took home first place a second time. 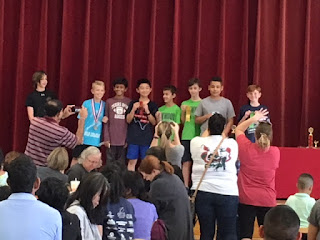 In sixth grade, Will didn't just hope to defend his title, he demanded victory of himself. And he earned it, again. 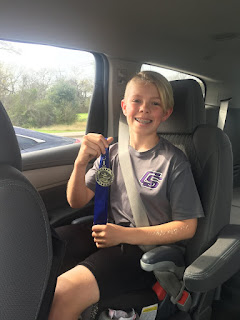 But then in seventh grade, the world fell apart less than two weeks before the competition and the competition was cancelled. Will was CRUSHED. I honestly think not being able to compete in Chess Puzzles was for him the most significant loss of the 2019-2020 school year.
Fast forward to 2021...Will's last year to compete in UIL Chess Puzzles. He tried out. He made the team. He studied and practiced. (Though he couldn't play chess over a delicious snack with his elementary school GT teacher, thanks to COVID.) And he did it again. From fourth grade to eighth grade, he was undefeated, district-wide. 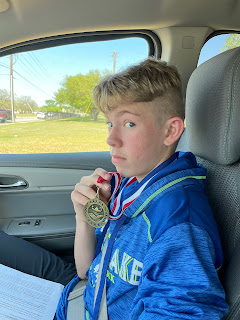 I don't normally write posts - except maybe birthday posts - that are quite so focused on one child's success. I like to congratulate and compliment my kids when they do well, but I don't often grant them an entire post. And if/when an accomplishment does warrant an entire post, I make sure to include the full story - the struggles, the frustrations, the losses along the way - because those details are as much a part of the victory as the victory itself. But in this case, Will really does deserve this post, with no disclaimers. He worked hard and he succeeded. He's proud of himself, and I'm proud of him. Full stop. 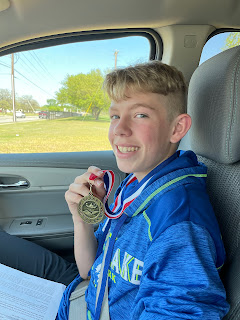 Mrs. Gallagher... I know for certain that Will wouldn't be where he is today without you. Thank you for investing in him, and for showing him that his fourth grade goals - and by extension, future goals - were within his reach. Thank you. 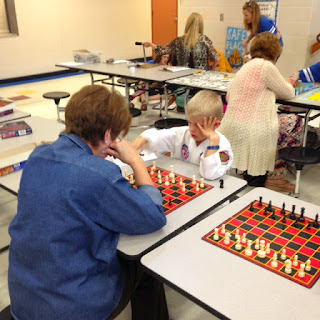