Reading
This month I read The New Husband by D.J. Palmer. It started off slowly, but not so slowly I couldn't keep chugging along, knowing - or at least believing - that a twist would soon appear. A twist most definitely did appear, and from that point on I devoured this mystery. I hadn't previously read any books by this author, but I might search for another by her. 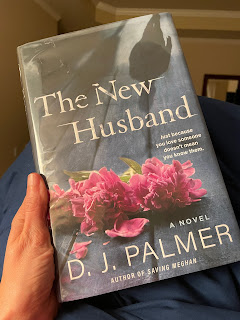 Watching
Tom and I struggle to find television shows to watch together. It's not that we don't enjoy watching together - it's that we have such different preferences with regard to what we watch. We have similar interests, views, and senses of humor in real life, but when it comes to television, movies, and podcasts we head in completely different directions. We did, however, find something we both like for the first time in quite a while: Away, a dramatic series starring Hilary Swank about the first manned mission to Mars. I am incredibly disappointed there is and will only be one season (something I learned just now, as I write this post), but Tom and I will still enjoy watching the 10 available episodes. And then we'll both complain about how every show we like gets cancelled before the storyline travels its full arc.

Hallie and I finally crossed another romantic comedy off of our Corona RomComs list! After hearing a podcaster bring up Notting Hill as part of an conversation about Julia Roberts, I decided we would give that film a try. I had forgotten how much I love Julia Roberts, Hugh Grant, and pretty much everything about this movie; it definitely ranks in my top 10 romcoms of all time.

Listening To
At the recommendation of a friend, I started listening to Under the Influence at the end of February. This podcast is a "deep dive into the Mom Internet", a place where mom influencers control billions of dollars as well as how "regular" moms feel about their parenting, their homes, their lives, and themselves. It's FASCINATING. (And it solidified my lack of desire to ever pursue mom influencer as a career.) 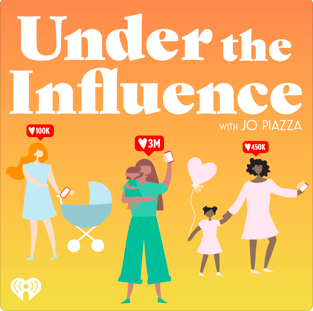 There are a few podcasts called "Under the Influence" - this is
the image to look for if you want to listen to this particular one.
Following 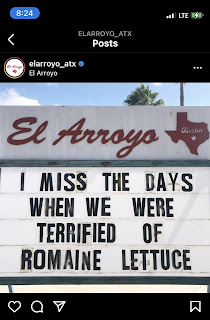 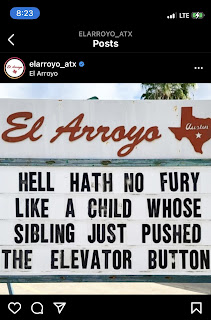 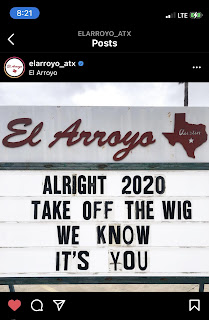 Wearing
For years I have worn only Mizuno athletic shoes. I stumbled upon a pair I really liked close to a decade ago, and from that point forward I stuck with the brand because it seemed that just about every style offered worked for/with my feet (which made it easier to purchase shoes online and based on color, two of my favorite pastimes). For quite a while my mom has been encouraging me to try Asics, so from time to time I would try on a pair but they never felt quite right. Then earlier this month I took Hallie shopping for new athletic shoes; she needed a pair that would cushion the area of her foot she was still protecting as she eased back into dance. She tried on a pair of Asics (because she wears women's shoes now - hold me as I cry), and while she didn't ultimately choose that pair, they were cute enough that I decided to try them on myself. 15 minutes later I had finally broken my Mizuno streak. I'd also spent more money than I should have, but Hallie needed shoes, Mama needed shoes, and of course Will needed shoes too... 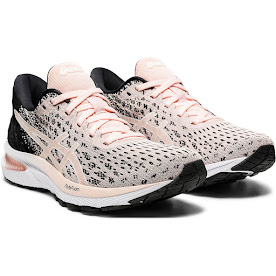 Trying/Using
Want to see my new Starbucks Easter/spring cups? I know you do... 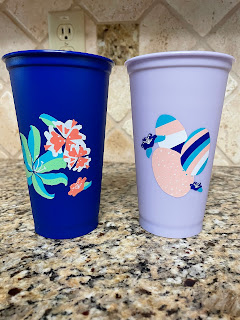 Our existing compost bucket bit the dust, so I gave Tom the job of finding a new one. Compost buckets have come a long way since we purchased our last one 10 years ago, and I'm so pleased with what he found and chose - it's functional, saves space, and looks cute! 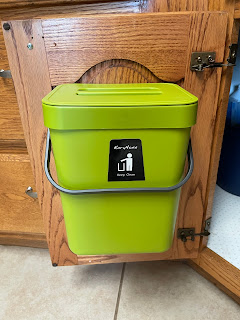 Eating/Drinking
Feeling Good About
On to April, my friends! Make it a good month!
Posted by Chasing Roots at 5:00 AM