1. Our men didn't win the 50 Men Who Can Cook grand prize with their delicious bacon-topped spinach artichoke dip and creative costumes, but they had a great time and did their part to help bring in thousands of dollars for our school district. 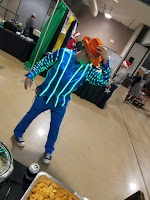 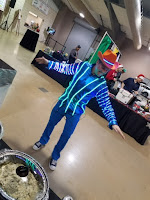 2. In years past, Tom and I have attended 50 Men Who Can Cook on the first Friday night in February and Night of Worship on the first Saturday night in February. This year, however, both events fell on the same night and Tom and I had to divide and conquer. He obviously took 50 Men, so I took Night of Worship. My dancing girl did such a lovely job performing, and I plan to share a bit more about this special evening in a separate blog post next week. 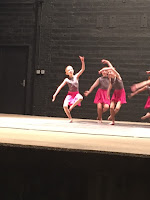 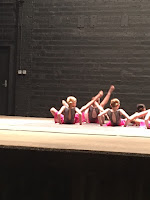 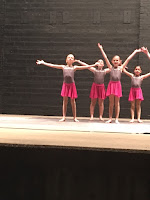 3. Hallie and I had tickets to attend one of our local high school's production of High School Musical, but we came down with the flu and missed the show. She was devastated (so was I, to be honest) so I told her I would take her to another local high school's musical instead. Her choices this weekend were Cinderella and Sister Act, and she picked Cinderella.
I attended a high school with spectacular music and theatre programs, and therefore have (probably unreasonably) high standards when it comes to high school musicals. Cinderella, unlike most high school musicals I've seen, lived up to my expectations. As we are currently zoned for this high school, I couldn't help but dream about one day watching Hallie on that same stage.

4. The Olympics start tonight! Well, technically they started last night, but the Opening Ceremonies take place tonight and when they wrap I won't turn my television off for the next 17 days. Will and I love the Olympics - the competition but also the personal stories - and we can't wait to follow all of the drama and excitement.

5b. Speaking of dancing, a bonus Happiness Highlight: this guy ROCKED "dad week" at Hallie's dance studio. He participated in Hallie's jazz, ballet, hip hop, lyrical, and Mini Company classes, even when, in a few classes, he was the only or one of only a few dads. 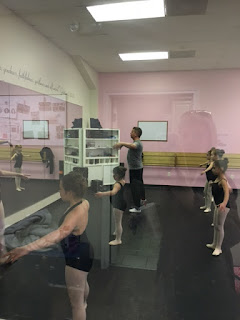 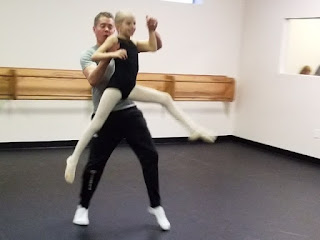